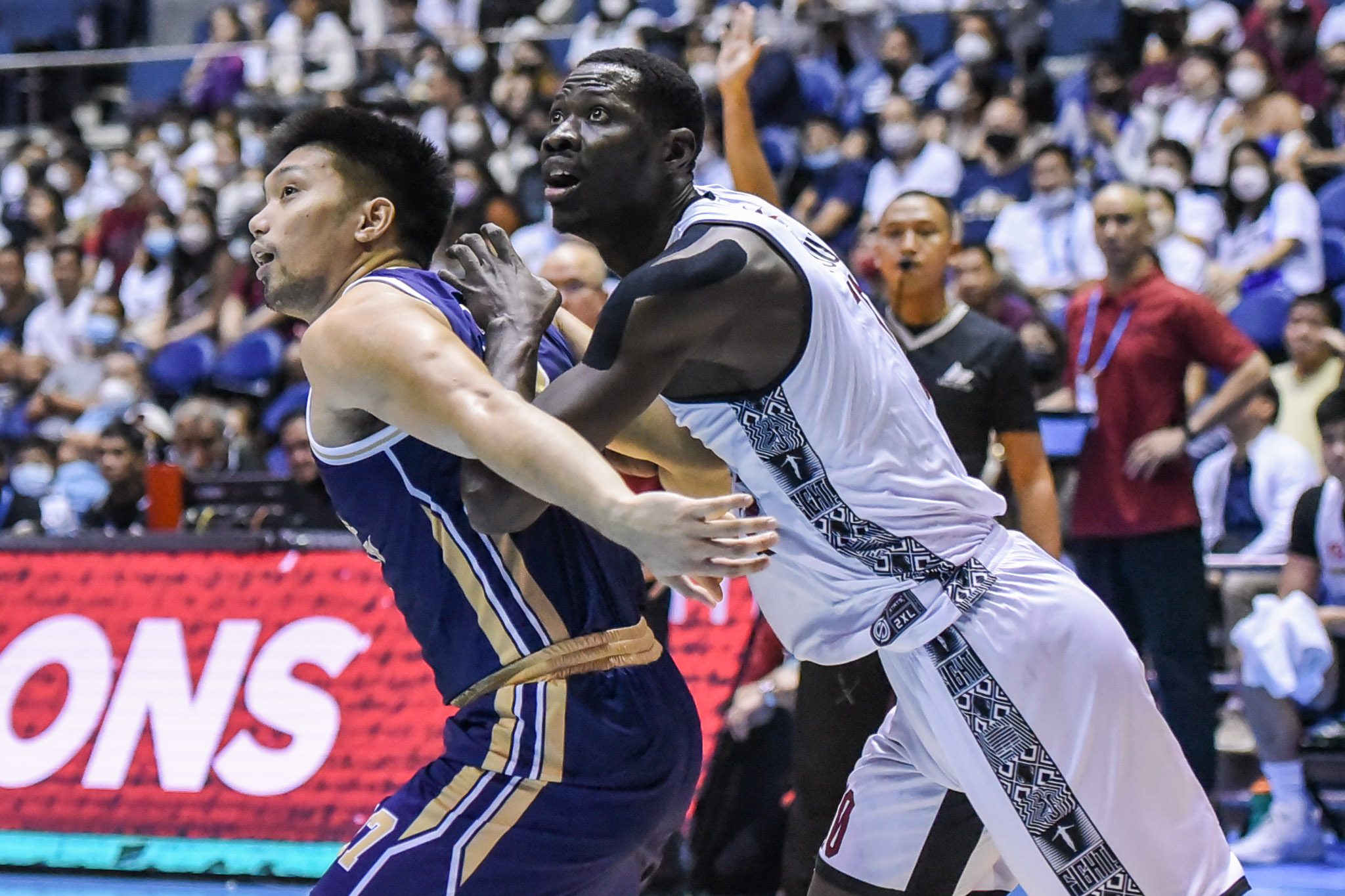 MANILA, Philippines – The UP Fighting Maroons bucked a very solid challenge from the NU Bulldogs to book a return trip to the UAAP finals off a 69-61 win at the Araneta Coliseum on Wednesday, December 7.

Presumptive Season 85 MVP Malick Diouf showed off his leadership capabilities in full force with a huge double-double of 17 points and 21 rebounds with 3 blocks, while Zavier Lucero bounced back from a 0-of-11 shooting game against Ateneo with 12 points, 11 boards, 5 assists, 3 swats, and 2 steals.

The Maroons closed out with an 11-0 run after trailing at 58-61 to shut the door on the Bulldogs, who had hoped to force a winner-take-all Final Four match.

One of the game’s main heroes as well was two-way guard Gerry Abadiano, who drilled an open mid-range jumper to get UP within 60-61 with 2:40 left.

Two possessions later, Abadiano then stripped the rock from NU and raced the other way for the uncontested go-ahead layup, 63-61, with 1:49 to play.

Graduating gunner John Lloyd Clemente disappeared in his eventual farewell game with just 2 points on 1-of-7 shooting, while graduating forward RJ Minerva squeezed out 2 points and 3 boards in just 4 minutes on the floor.

UP now awaits the winner of the No. 1 versus No. 4 series between the twice-to-beat Ateneo Blue Eagles and the Adamson Soaring Falcons later in the day at 6 pm.