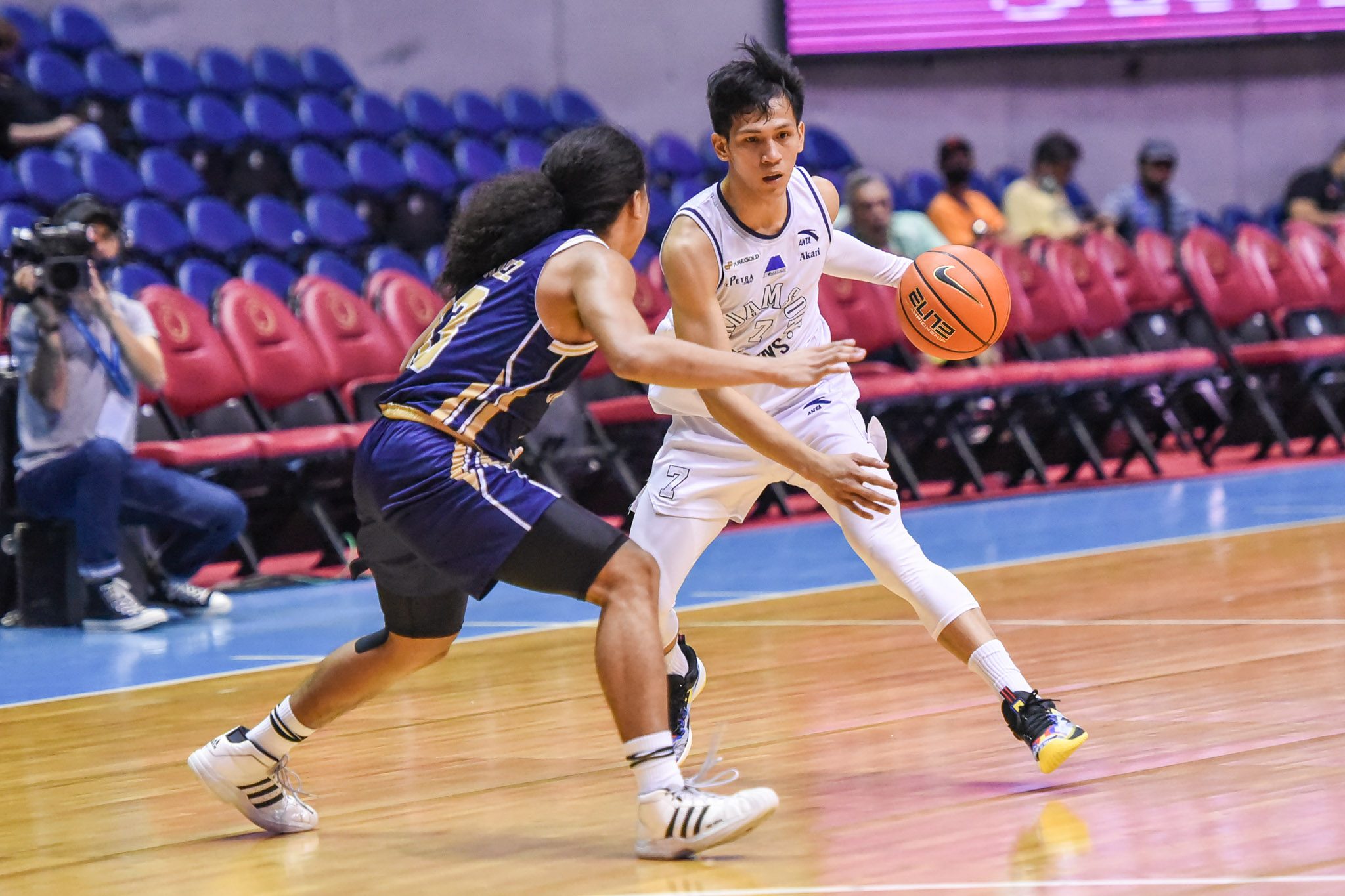 MANILA, Philippines – Jerom Lastimosa showed up when it counted the most as the Adamson Soaring Falcons escaped the NU Bulldogs, 64-63, to remain in the hunt for a Final Four spot in the UAAP Season 85 men’s basketball tournament at the Smart Araneta Coliseum on Saturday, November 26.

With Adamson trailing by 2 points, 61-63, with just 5.5 seconds left, Lastimosa, who missed two consecutive attempts from beyond the arc in the crucial stages of the ball game, still took it upon himself and delivered the game-winning triple to give the Soaring Falcons the lead, 64-63.

Steve Nash Enriquez had a chance to steal the lead back and win it all for NU in the final possession, but his three-pointer from the top of the key failed to hit the mark at the buzzer.

Lenda Douanga led the Soaring Falcons in the all-important victory with 16 points and 6 rebounds, while Lastimosa, who struggled all game long prior to hitting the game-winner, only had 7 markers on 2-of-8 shooting.

“I know Jerom was struggling today, that was obvious because NU made adjustments,” said Adamson head coach Nash Racela.

“But yeah, he made the most important shot of the game and before it happened, Lenda was able to carry us through,” he added.

With the win, Adamson improved its record to 7-6 and broke its tie at the fourth spot with the La Salle Green Archers, who will face the UE Red Warriors at 4 pm later in the day.

Both the Soaring Falcons and the Green Archers, who are jockeying for the fourth and final playoff spot, still have one more game left in the elimination round on Wednesday, November 30 against the Ateneo Blue Eagles and the UST Growling Tigers, respectively.

On the other side, the Bulldogs, who fell to 9-5, will hope for the Blue Eagles to lose their last two matches in the elimination round to force a playoff for a twice-to-beat Final Four bonus.

Playing without their rookie sensation Kean Baclaan due to suspension, Enriquez carried the scoring load for the playoff-bound Bulldogs with 18 points, while Jake Figueroa recorded a double-double of 13 markers and 11 boards.