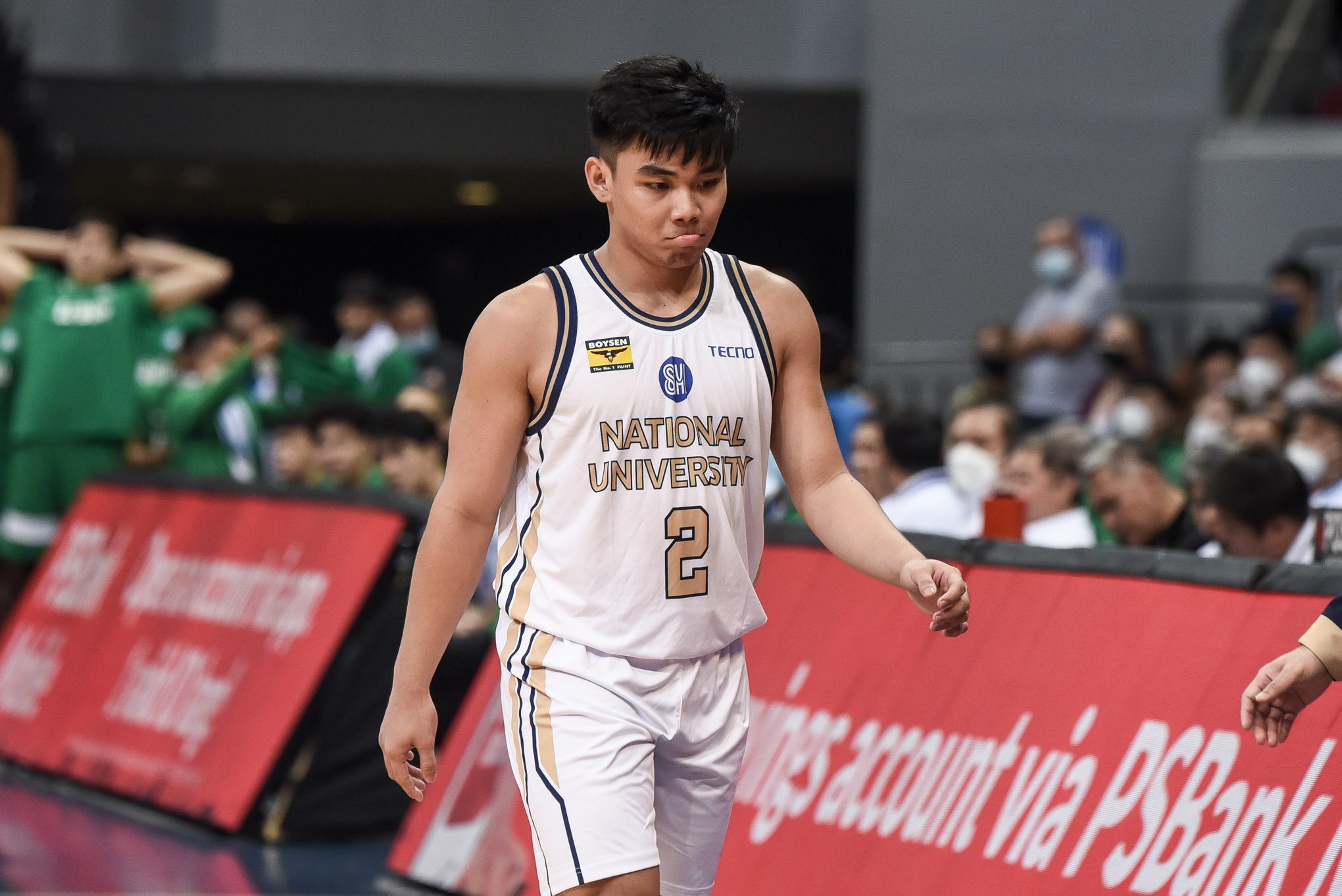 Facebook Twitter Copy URL
Copied
The NU Bulldogs, who are chasing the last Final Four bonus along with Ateneo, will have to do without key cog Kean Baclaan in their final elimination round game

MANILA, Philippines – The NU Bulldogs must do without shifty guard Kean Baclaan in their final push to secure the twice-to-beat semifinal advantage in the UAAP Season 85 men’s basketball tournament.

Baclaan will serve a one-game suspension on Saturday, November 26, when the Bulldogs wrap up their elimination round campaign against the Adamson Falcons.

The Bulldogs, who hold a 9-4 record, need to score a win to get a leg up over the second-running Ateneo Blue Eagles, who tote a 9-3 card.

Both NU and Ateneo already secured their slots in the Final Four but the last semifinal bonus remains up for grabs.

Defending champion UP claimed the first twice-to-beat edge with a league-best 11-2 record.

Baclaan owns team-best averages of 4.2 assists and 1.6 steals per game aside from norming 7.9 points and 3.4 rebounds.

The rookie standout got suspended after being assessed two technical fouls during NU’s loss to the La Salle Green Archers, 63-58, last Wednesday.

His first technical foul occurred with 5:31 left in the second quarter while his second technical foul happened with 8:43 remaining in the third period which resulted in his ejection.

It was deemed that during those two instances, Baclaan was “faking a foul.”

With 2:56 remaining in the first quarter of the game, Makanjuola hit UE’s Kamba Kone in the face with a closed fist that resulted in her disqualification.

Makanjuola will sit out the Ateneo-UP match on Saturday, November 26, at the Quadricentennial Pavillion.

Lady Archers coach Cholo Villanueva made an appeal on Friday evening regarding the incident that occurred with 2:19 minutes remaining in La Salle’s huge overtime upset of NU, 61-57, last Wednesday – a win that ended the Lady Bulldogs’ historic 108-game winning streak.

In the initial report, Niantcho Tchuido was alleged to have bitten NU’s Kristine Cayabyab during a dead ball situation.

Due to inconclusive video evidence after the appeal, the commissioner has rescinded the suspension.

Niantcho Tchuido will still be summoned by the league commissioner. – Rappler.com