Dave Ildefonso homecoming starts with Ateneo win over UP 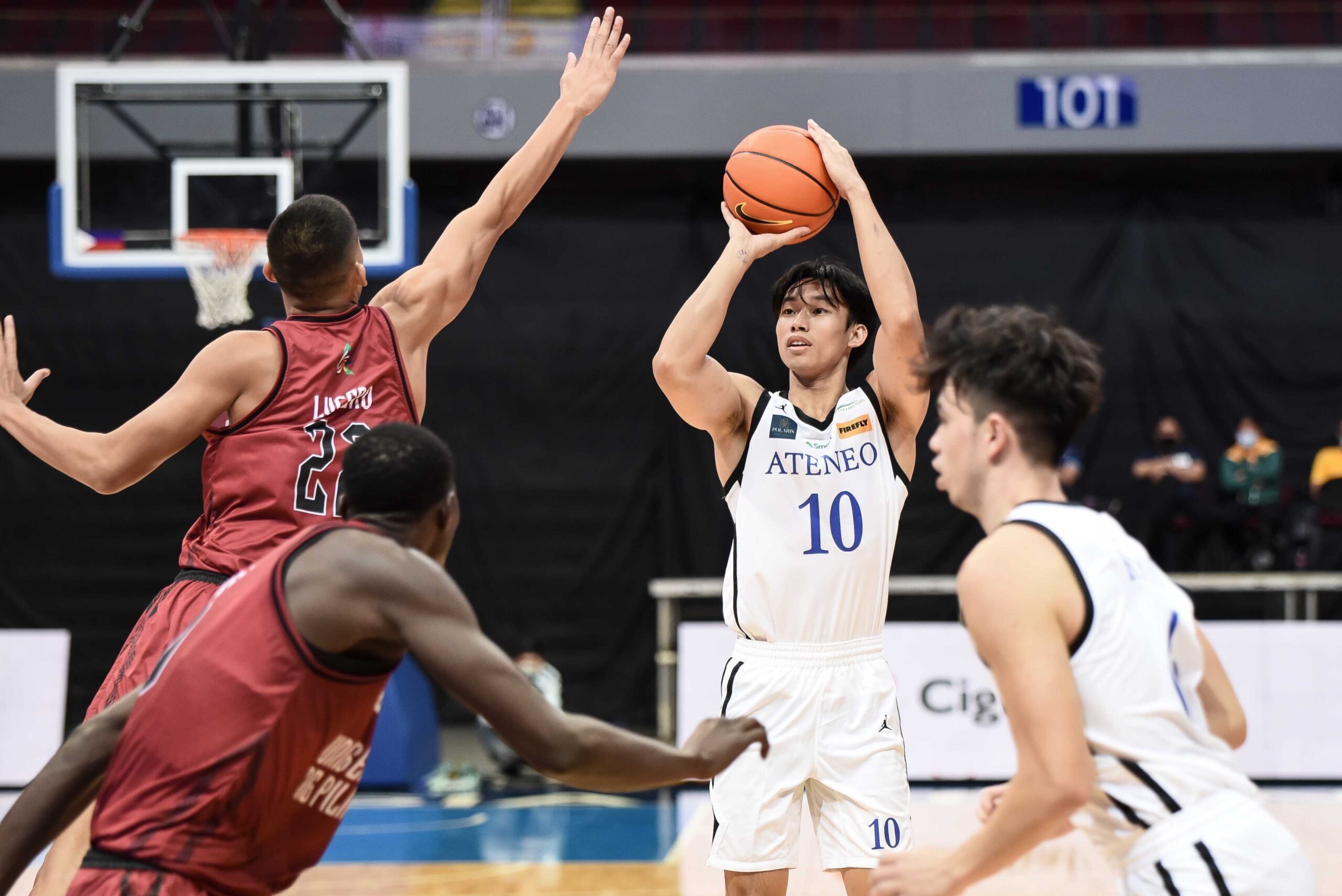 SUPERSTAR. Dave Ildefonso celebrates his Ateneo homecoming with a surgical demolition of UP.

MANILA, Philippines – The Ateneo Blue Eagles started off their four-peat title bid in UAAP Season 84 by denying a late comeback by the UP Fighting Maroons, 90-81, at the Mall of Asia Arena on Saturday, March 26.

Dave Ildefonso marked his successful homecoming return after a stint with the NU Bulldogs with a team-high 19 points on 7-of-14 shooting plus 6 rebounds in 27 minutes.

Raffy Verano, after sitting out Season 82 due to academic ineligibility, wasted no time as well with 18 markers, and 5 boards on a 7-of-9 clip in just 22 minutes.

Off a small 46-41 lead near the start of the third quarter, Ateneo proceeded to carve up UP’s defenses with a decisive 19-5 run, ending with a Kouame putback layup at the 3:37 mark for the 65-46 separation.

Although the Maroons got within a single-digit deficit, 78-85, off two Zav Lucero free throws at the 2:49 mark, their last stand came just a bit too late as an SJ Belangel triple for the 88-78 lead at the very next possession quickly slammed the door shut on their comeback.

“Obviously, we’re delighted to get a win in that game. We went into it not knowing how we’ll perform. We’re delighted with the win,” said head coach Tab Baldwin after the game, and the Eagles’ 27th win in a row dating back to October 11, 2018.

“The performance obviously needs a lot of improvement. I thought we were sloppy on both ends of the floor. Not a big surprise, but the effort’s always gonna be there.”

After a controversial exit from UST that hit national headlines in 2020, CJ Cansino had himself a debut to remember for the Maroons with a game-high 21 points, 5 rebounds, and 3 steals on 8-of-15 shooting in just 19 minutes off the bench.

Meanwhile, Senegalese reinforcement Malick Diouf started off his UP career after a CEU stint with a line of 15 markers, 9 boards, 2 blocks, and a steal, albeit with a shaky 5-of-13 clip from the line.

Overall, the Maroons attempted 43 charities to Ateneo’s 17, but only made 26. Despite the win, the Eagles were also no better after just 8 makes from the line.

Ateneo will try to keep it going against the FEU Tamaraws on Tuesday, March 29, 1 pm, while UP aims for a bounce-back win against the UST Growling Tigers at 7 pm.