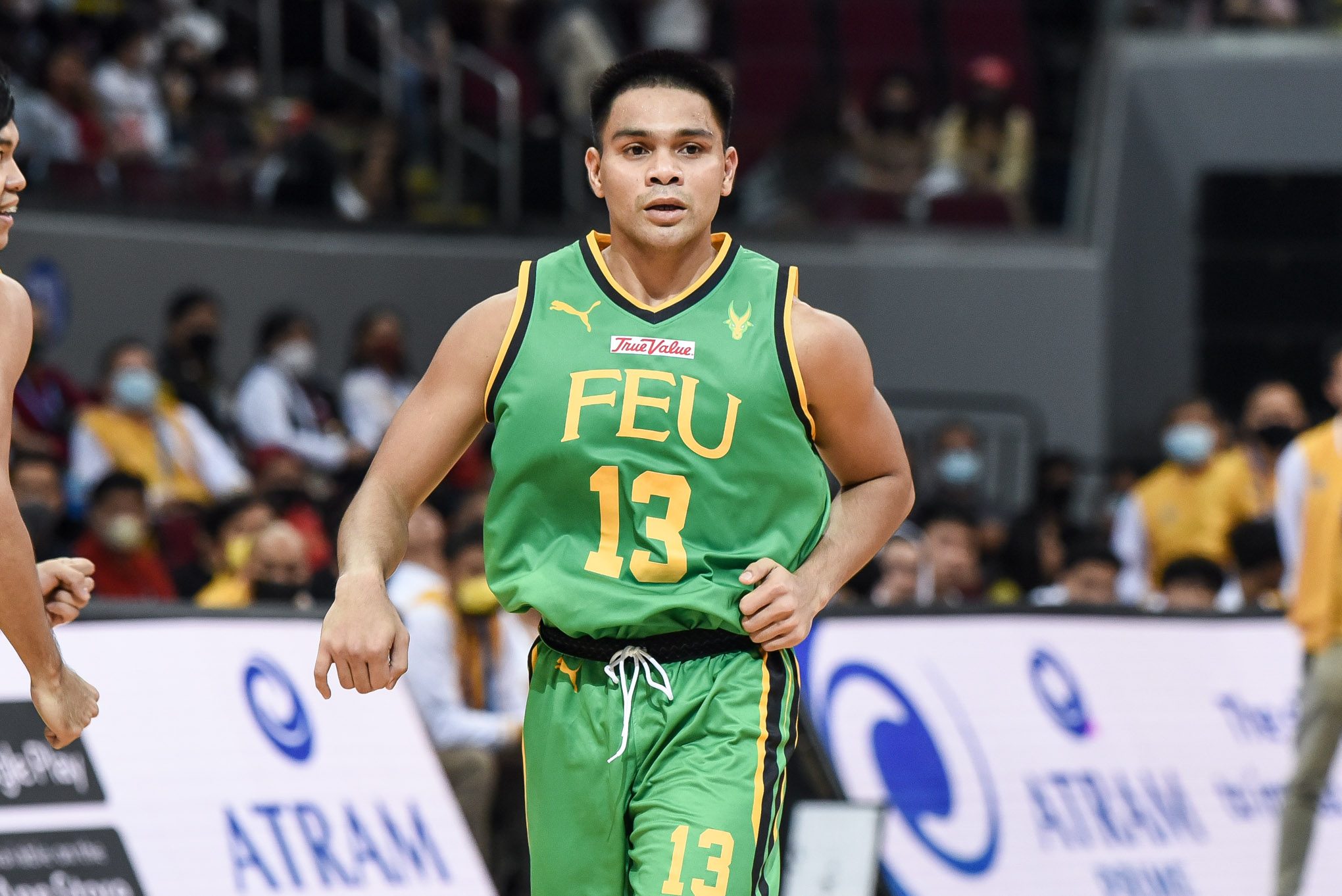 MANILA, Philippines – After a drawn out wait, the FEU Tamaraws barged their way into the UAAP Season 85 men’s basketball tournament winning column with a 75-60 rout over the free-falling UST Growling Tigers at the Mall of Asia Arena on Wednesday, October 19.

Bryan Sajonia led the snapping of the team’s Final Four era-worst skid with a career-high 23 point eruption off the bench on 10-of-16 shooting and a perfect 9-of-9 inside the arc, while veteran guard LJay Gonzales and sniper Xyrus Torres each scored 17 in the much-needed win.

After a back-and-forth first quarter, FEU found the break it desperately wanted after firing off a pivotal 13-0 run capped by a Gonzales triple to mount a 24-14 lead with 8:50 left in the second.

The win-hungry Tamaraws kept up this same energy throughout the entire second half as they extended the gap to 15, 63-48, after a Sajonia three at the 6:01 mark of the third period, and never looked back.

As UST flung up frantic buckets one after another, FEU simply stuck to its basics down the stretch to keep the Tigers at bay, and eventually peaked with a 17-point separation, 75-58, off one last Torres trey in the final minute of regulation.

“First of all, I’d like to thank the whole FEU community. I only saw the crowd after the game and they reached the bleachers. Their support is incredible. Despite the 0-5 start, their support stayed the same,” said FEU head coach Olsen Racela in Filipino.

“We’re happy that the fans are all here. We’re playing for all of them and it’s nice to get our first win.”

UST lone star Nic Cabañero led all scorers in the loss with 20 points on 7-of-18 shooting, plus 5 rebounds, 5 assists, and 2 steals as the Tigers dropped their fifth straight game to fall to a 1-5 slate similar to FEU.

The Tamaraws now hope to make it two in a row with an upset win against the league-leading NU Bulldogs on Sunday, October 23, 4:30 pm, at the Ynares Center in Antipolo City.

Meanwhile, UST also shoots for a stunner at the same venue against the UP Fighting Maroons on Saturday, October 22, 1 pm.