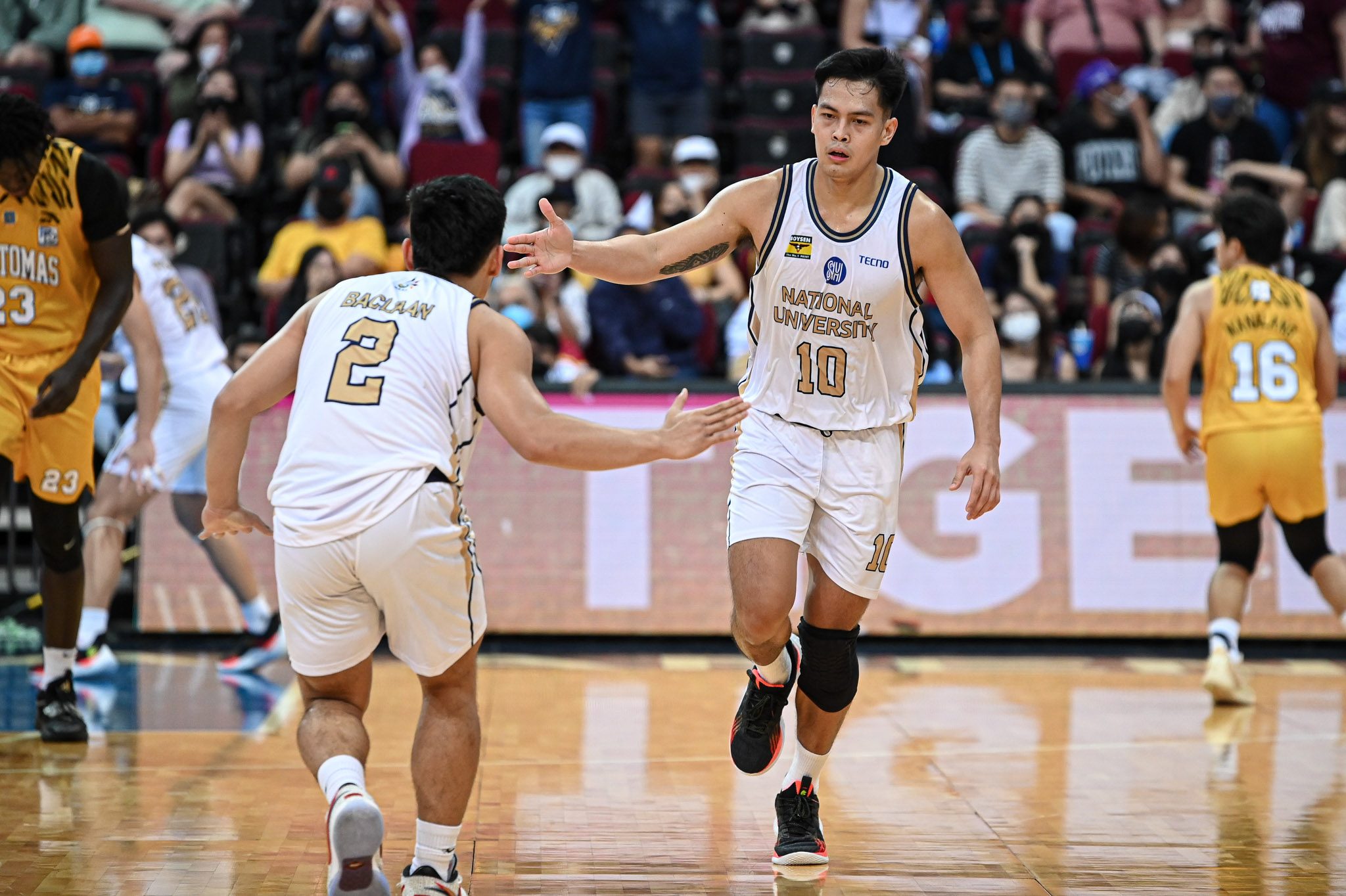 MANILA, Philippines – The NU Bulldogs snapped a long seven-year drought out of UAAP Final Four contention with a playoff-clinching 67-57 win to also eliminate the UST Growling Tigers from the running at the Mall of Asia Arena on Sunday, November 20.

Veteran gunner John Lloyd Clemente led the comeback win from 11 points down, 25-36, early in the second quarter with 19 points on 4-of-7 shooting from three with 5 rebounds, while Kean Baclaan added 10 points, 6 assists, and 5 boards to help NU rise to a 9-3 record in solo second place.

The Growling Tigers had their minds wholly set on a huge upset until the fourth quarter, when they last led, 54-52, off a Jamba Garing layup at the 6:08 mark.

However, the UST offense sputtered in the clutch as they opened the gates for a pivotal 12-0 NU run, ending with a wide-open Clemente corner three for the 64-54 lead with just 1:51 left in regulation.

Although the endgame stretched on for a handful of minutes more as delays and fouls slowed the contest down, the result stayed the same as Clemente sank the game’s last three free throws to set the final score.

“We have to be ready for our last two games of the second round, because we’re not only targeting the Final Four here,” said NU head coach Jeff Napa in Filipino.

“It’s a bad win for us, but we survived. UST had no pressure, so they played their hearts out and gave us problems. But it’s a good thing, we came back in the second half. We regrouped and got the win.”

Nic Cabañero once again led the losing cause with a game-high 20 points on 8-of-18 shooting with 6 rebounds, while big man Adama Faye tallied an 11-point, 15-board double-double as UST dropped its 10th straight game for a lackluster 1-10 slate.

NU continues its late winning push for a crucial twice-to-beat berth as it next faces the win-hungry contender La Salle Green Archers on Wednesday, November 23, 1 pm.

Meanwhile, UST will be left to play for pride in its next gargantuan challenge in the form of the defending champion UP Fighting Maroons at the 11 am quadruple-header kickoff game.