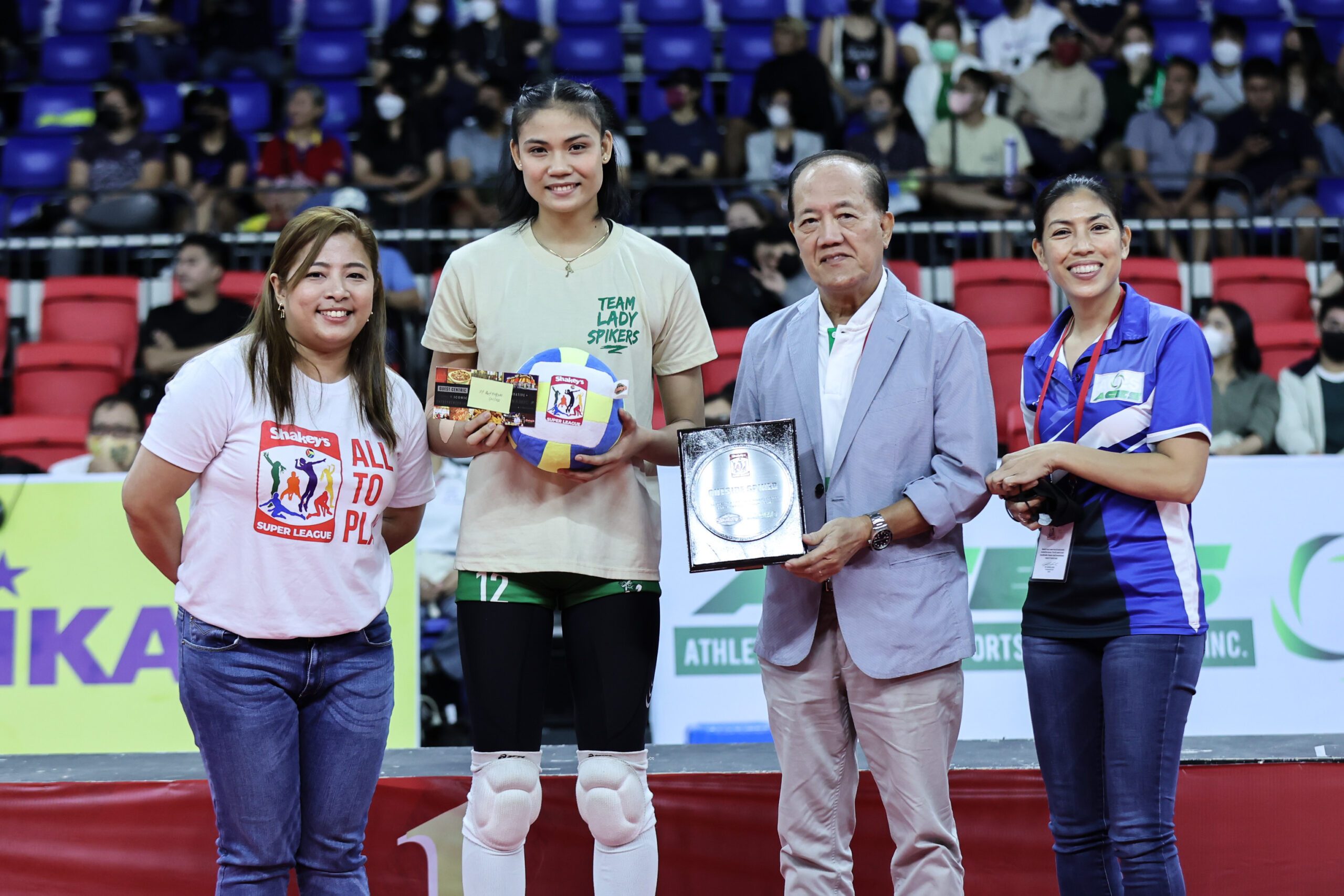 “It’s been three years since my last competition due to the pandemic and my injury. I’m very excited because as a Lady Spiker, I’m excited to show off my La Salle jersey,” Canino told Rappler last Saturday, November 19.

“What everybody saw in the SSL, it would be more of the same, plus improvements. It’s just the preseason, so we did not go all out. We still have a lot to show,” she added.

Canino had an impressive showing as she led a hastily formed La Salle squad to the brink of the preseason title, and was named the tourney’s best outside hitter.

However, the team was unable to conquer the mighty NU Lady Bulldogs, who handily won the inaugural SSL crown in straight sets at the Rizal Memorial Coliseum before a sizable crowd.

The La Salle Zobel alumna led her team in scoring with 14 points, 11 stemming from attacks, and added 2 rejections in the winner-take-all contest.

The Lady Spikers plan to use their remaining time before the UAAP to improve their weaknesses.

“This is a huge opportunity to assess my mistakes and playing in the tournament was a big help to scout our future opponents in the UAAP,” Canino said.

Although Canino is younger than many of her peers at 19 years old, longtime La Salle deputy coach Noel Orcullo is already impressed with the maturity and poise she has displayed so far.

“We all saw her fighting spirit. Despite being hampered physically, she chose to fight until the end,” said Orcullo.

“You can see her feistiness and cannot discount her insatiable desire to win.” – Rappler.com