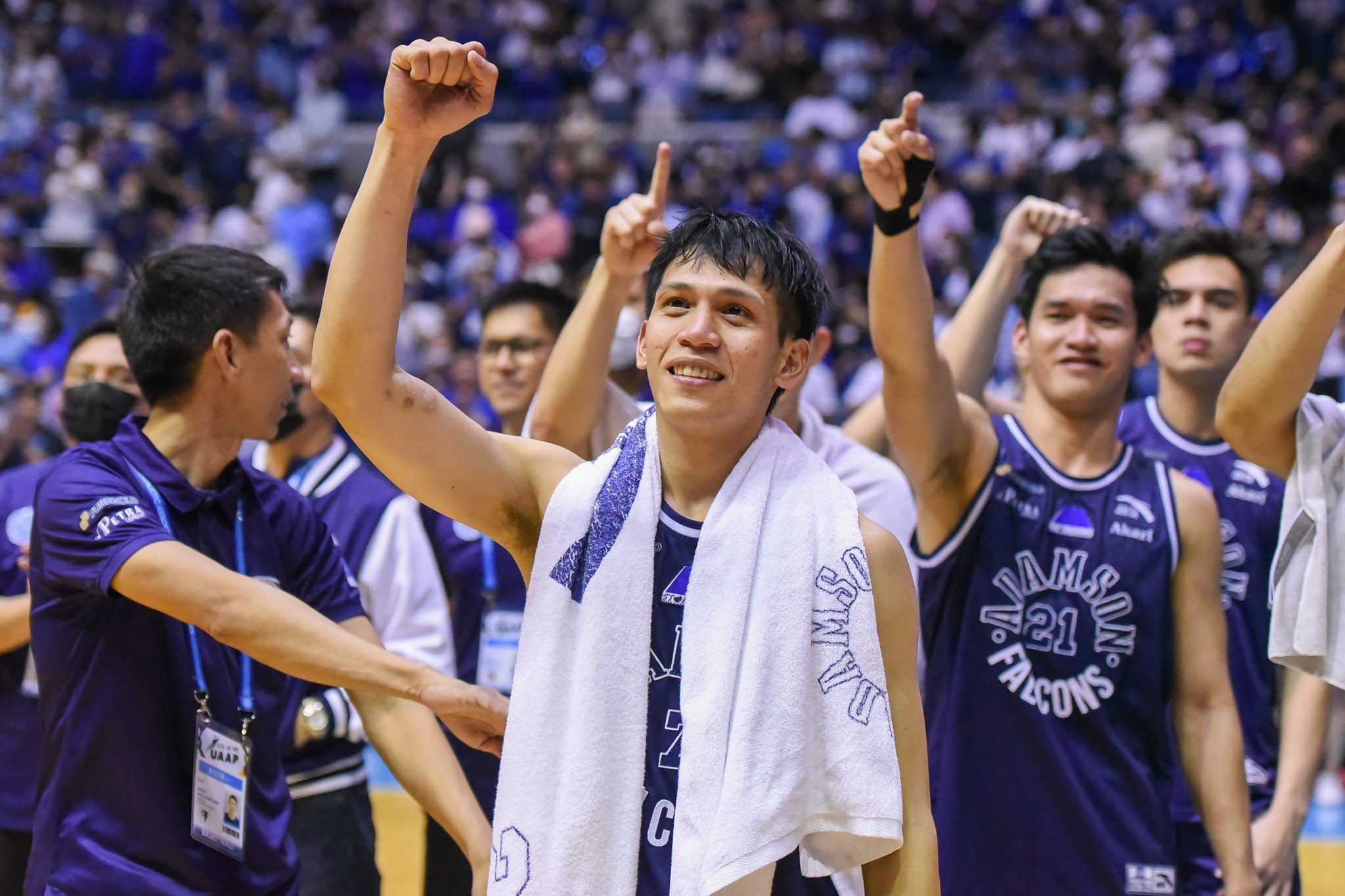 KING FALCON. Jerom Lastimosa feels emotional along with his Adamson teammates after the Soaring Falcons' Final Four loss to the Ateneo Blue Eagles.

MANILA, Philippines – When the curtain fell on the Adamson Soaring Falcons’ UAAP Season 85 run following an 81-60 blowout loss against the Ateneo Blue Eagles, head coach Nash Racela still left the court all smiles after the effort his injury-riddled team went through to get to the Final Four.

In his exit interview with the press, reporters got around to asking what Racela talked about with Tab Baldwin in the customary postgame handshake line, and the UAAP champion joked that Gilas Pilipinas was interested in the services of Adamson star guard Jerom Lastimosa.

“I think Gilas will get [Jerom],” Racela joked. Then turning somewhat serious, he wondered aloud, “Actually, that’s my question. Why is Jerom Lastimosa not part of the Gilas pool? I’ve been itching to tweet about that. Nobody talks about Jerom Lastimosa when on the topic of Gilas.”

“I always read he’s the best point guard in college basketball. If he’s really the best, why is he not part of Gilas? Just a question. I always think about that. I’m proud of him and his achievements. I just feel he deserves a spot and for them to take a look at him. They might be surprised.”

Next prodded by reporters after his coach’s sudden comments, Lastimosa said he would obviously make the most of a national team call-up if he does get that chance.

“If they get me, then that’s nice, if not, it doesn’t faze me. They make the decisions on what’s best for the team,” he said in Filipino.

With his natural playmaking talent blending well with his ever-improving shooting touch, Lastimosa can indeed be a great addition to a Gilas pool that will always welcome an additional gunner off the bench.

However, as Lastimosa said, that decision lies with the powers that be at the Samahang Basketbol ng Pilipinas. But for what it’s worth, Racela’s endorsement is as good as it gets – not that Lastimosa even needs one at this point. – Rappler.com