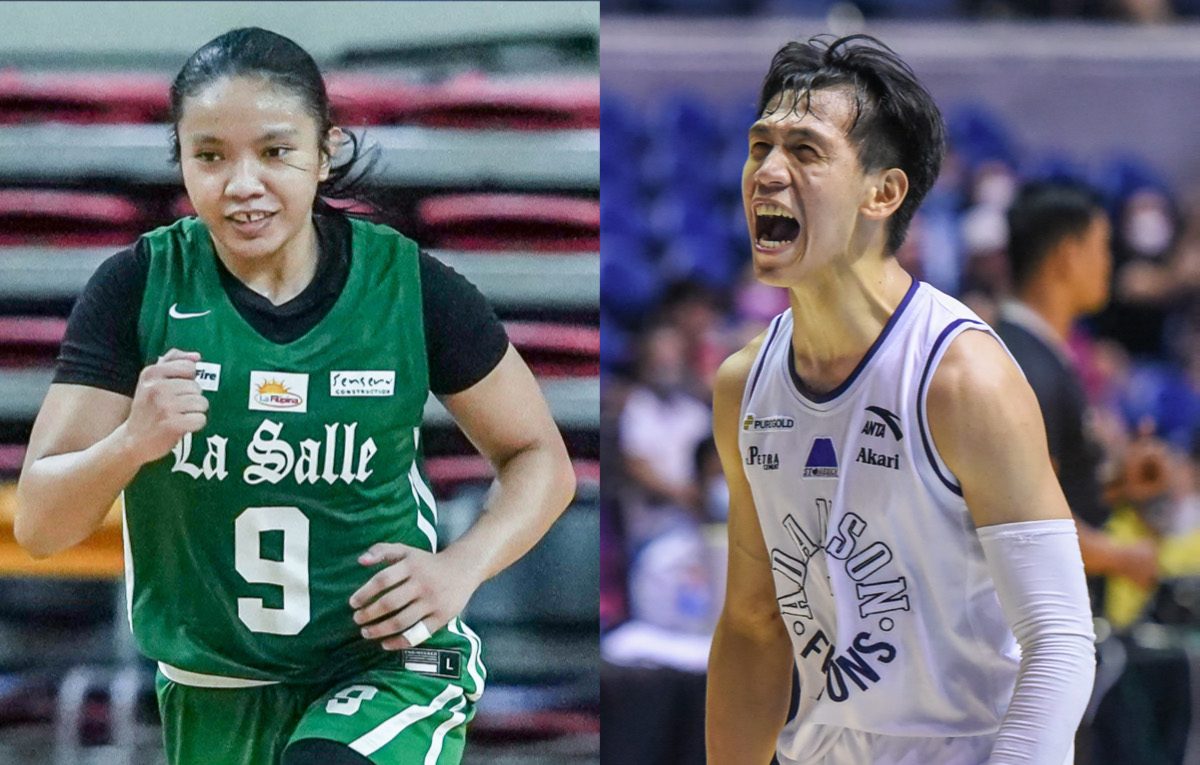 MANILA, Philippines – Adamson’s Jerom Lastimosa and La Salle’s Bettina Binaohan shared the Collegiate Press Corps UAAP Player of the Week honors after coming through for their respective schools in the Season 85 men’s and women’s basketball tournaments.

Lastimosa bucked a right foot injury and kept the Soaring Falcons in the running for a Final Four berth with a pair of big-time performances in back-to-back wins over FEU and NU.

The gutsy guard scorched hot for 23 points in just 17 minutes in a 75-70 victory over the Tamaraws on Wednesday, November 23, and drained the game-winning triple in a 64-63 escape against the Bulldogs on Saturday, November 26.

Although he got limited by NU to just 7 points, Lastimosa stepped up when it mattered most, sinking the go-ahead triple with 5.5 ticks left as his side seized solo fourth place with a 7-6 record.

“One more push just to make it to the Final Four,” said Lastimosa, with Adamson needing a win against Ateneo in its final elimination-round game to secure its place in the semifinals.

Meanwhile, Binaohan played a key role as the Lady Archers pulled off a stunning 61-57 overtime win over NU last Wednesday that snapped the Lady Bulldogs’ years-long streak of 108 straight victories.

Binaohan churned out 10 points, 9 rebounds, 2 assists, and 2 steals in the upset that forced a traditional Final Four format for the first time in nine years.

She also tallied 14 points, 17 rebounds, and 2 steals in a 66-41 thumping of hapless UE as La Salle improved to 12-2 on Sunday, November 27, to clinch the second seed that comes with a twice-to-beat advantage in the semifinals.

It marked the fifth time in four years that the group composed of print and online writers regularly covering the collegiate beat gave a shared citation to two players.

NU’s Ria Nabalan and Ateneo’s Ange Kouame achieved the feat in October 2018 followed by UST’s CJ Cansino and Adamson’s Mar Prado in October 2019. UE’s Luis Villegas and Ateneo’s Kacey dela Rosa shared the honors as well this season. The group also handed out Co-Players of the Week plums in the NCAA to San Beda’s Robert Bolick and Letran’s Bong Quinto in August 2018. – Rappler.com