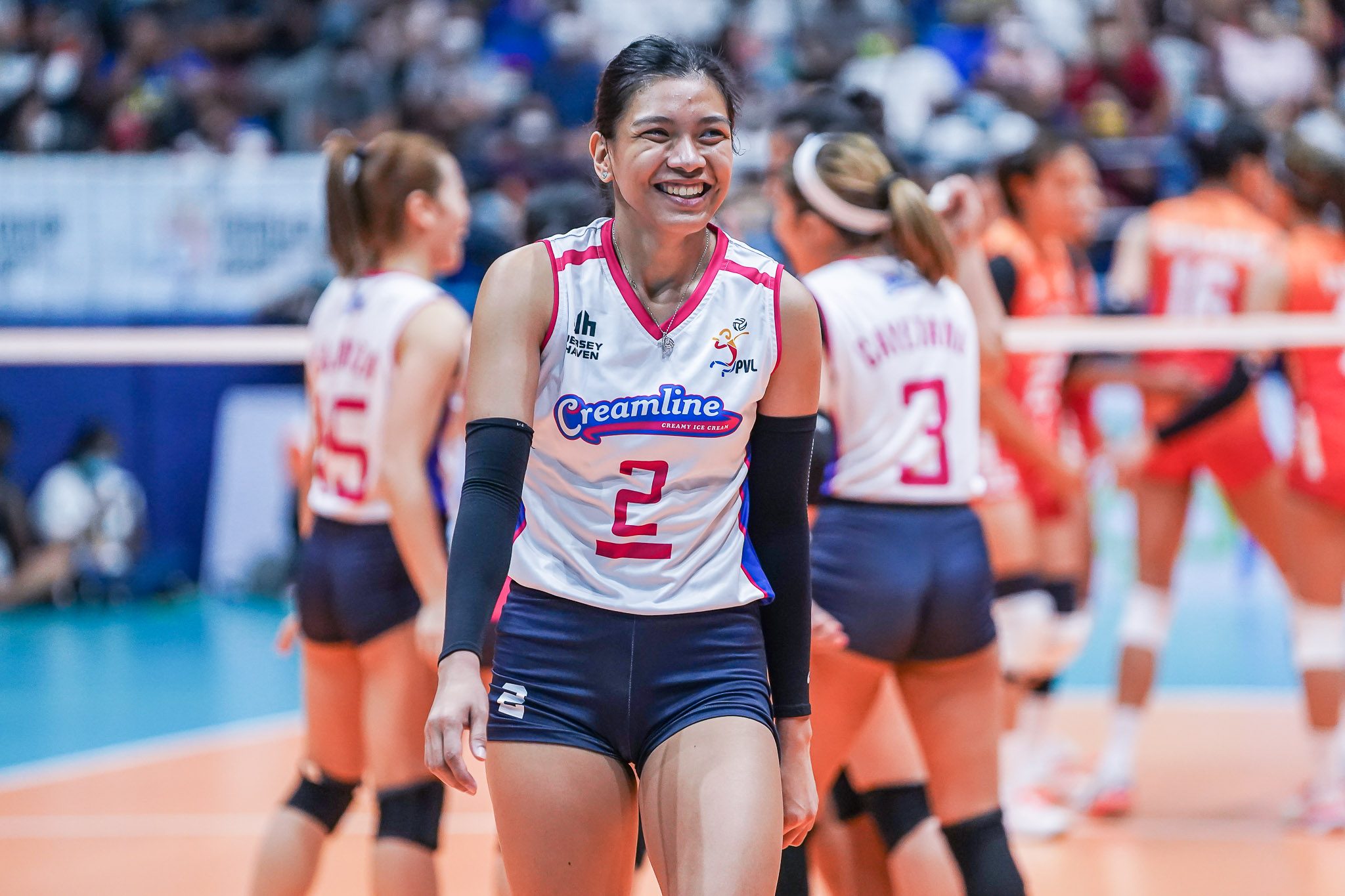 Key recruits Des Cheng, Aduke Ogunsanya, and Isa Molde have also played a huge role in the Titans’ rise, and Creamline superstar Alyssa Valdez is ready to see what they can do as the best-of-three semis start.

The Cool Smashers, fresh off dethroning the Chery Tiggo Crossovers in the quarterfinals, have banked on good, old chemistry to walk all over the opponents they have faced so far in the compressed conference.

Valdez has actually taken a noticeable backseat on offense to fellow star spikers Tots Carlos and Jema Galanza, and is instead directing her energy on defense with healthy digging and receiving numbers.

Choco Mucho, on the other hand, has seemingly hit the right combinations of players after Ogunsanya and Molde finally earned breakout performances shortly after Cheng had hers early in the conference.

Valdez, although affectionately called ate by the younger Choco Mucho core, still vows to not let anyone get past Creamline without putting up a fight the fans deserve to see.

“We know both teams are under one family, but at the end of the day, when we get on the court, it’s all business, and we’re going to give our best to give them a good game,” she said.

“All the teams, all the players are very competitive. Hopefully we bring the best out of one another.” – Rappler.com