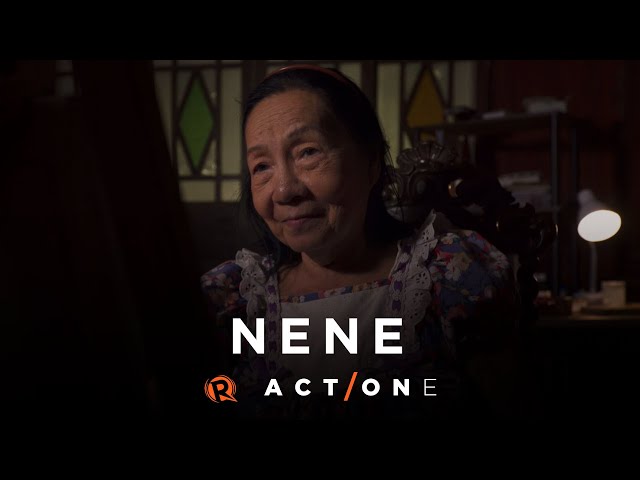 Facebook Twitter Copy URL
Copied
Act One presents King Louie Palomo's 'Nene,' a poignant portrait of an artist coming to terms with her faults in life

Art allows us to say what we can’t say. It lets us express what feels inexpressible.

In King Louie Palomo’s short film Nene, a retired painter tries to repair an estranged relationship with her daughter in the only way she knows how — through her art. The film also marks the last film role of the veteran actress Flora Gasser, known for films such as Annie Batungbakal, Kumander Bawang, and Batang Z, before her recent passing.

Released in 2020, the film made its rounds in the Canadian film fest circuit, where it bagged a number of awards, including Standout Director for a Short Film at the 2021 Reelworld Film Festival and Special Mention for Best Direction and Performance at the 2020 Dreamanila International Film Festival.