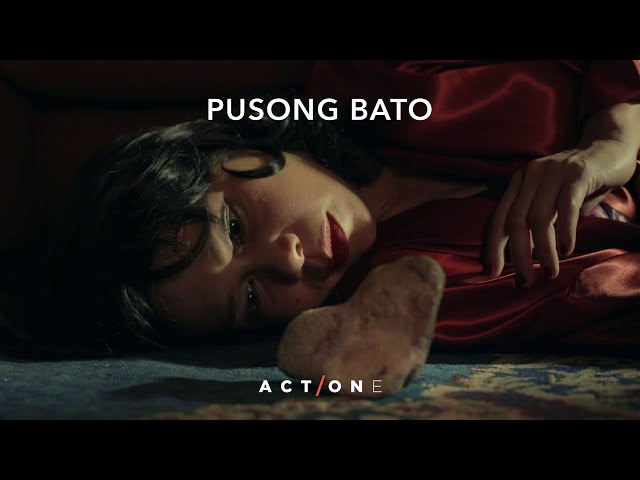 In Martika Escobar’s short film, Pusong Bato, the premise is the punchline: An actress, faded into obscurity, falls in love with a curious piece of rock. It’s heart-shaped, but just like any inanimate object, it’s incapable of loving her back. Or can it?

A prelude to Escobar’s unique filmmaking, Pusong Bato touches on themes that echo in her subsequent films, be it our willful surrender to a literal change in the name of love (as in Living Things) or how the culture of watching films provide a respite for our less-exciting existence in the real world (as in Leonor Will Never Die).

The scene inside the confessional perfectly sums up the film. Awoken to the absurdity of her newfound romance with a piece of rock, the actress, Cinta, played by Mailes Kanapi, confesses to a priest. Interestingly, the priest does not interrogate nor question. To love, he points out, is not a sin.