What MECQ means for ‘NCR Plus’ | Evening wRap 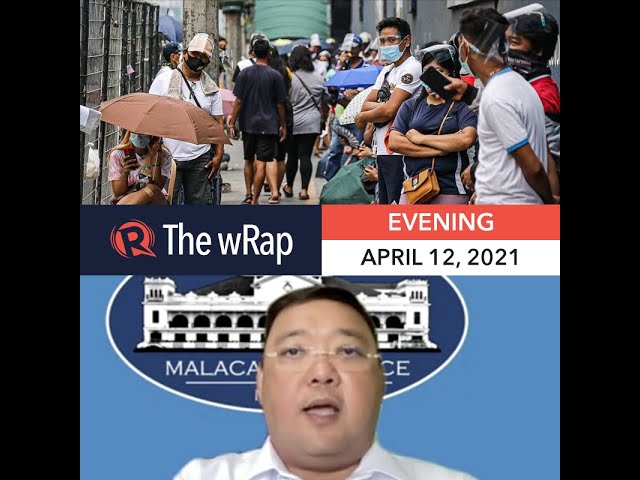 Here are the details of the modified enhanced community quarantine or MECQ now in place in Metro Manila, Bulacan, Cavite, Laguna, and Rizal starting Monday, April 12.

Homicide complaints will be filed against two unnamed village guards who beat a man to death for violating curfew in Calamba, Laguna. They reportedly beat 26-year-old Ernanie Jimenez to his death.

Presidential Spokesman Harry Roque says he is confined in the Philippine General Hospital or PGH on Saturday, April 10, for COVID-19 treatment. This is the second time he got infected with the coronavirus in less than a month.

President Rodrigo Duterte joins world leaders in mourning the passing of Britain’s Prince Philip. The Palace says the Filipino people ‘share the grief of the British people in this period of bereavement.’ – Rappler.com