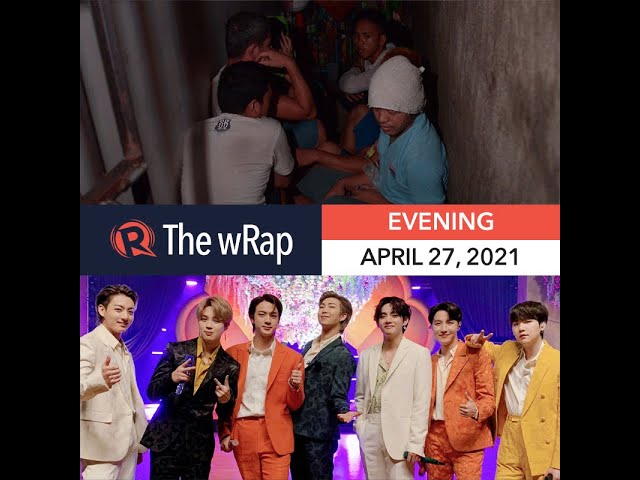 Local policemen of Manila are cleared of any criminal and administrative liability for detaining people in an inhuman secret cell discovered in April 2017. The Office of the Ombudsman says there was not enough proof of bad faith on the part of the police.

Former health secretary Manuel Dayrit doubts the Philippines will meet its goal of vaccinating 70 million to achieve herd immunity this year. Currently, only over 1.7 million people have been vaccinated in the country – far from the government’s target.

Makati prosecutors clear 11 men of rape and homicide complaints in the case of 23-year-old flight attendant Christine Dacera. They say they found no probable cause to charge the 11 individuals of rape.

K-pop global sensation BTS surprise their fans on Monday, April 26 with a teaser for their new digital single ‘Butter.’ – Rappler.com