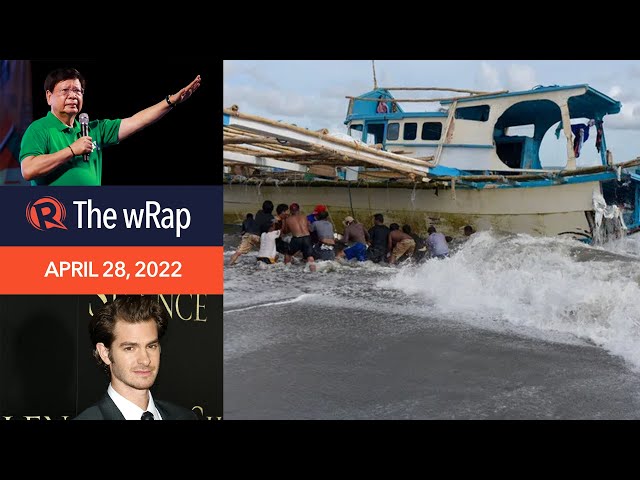 The 22 Filipino fishermen and owners of Philippine fishing boat Gem-Ver will finally receive compensation from the operator of the Chinese vessel that rammed, sunk, and abandoned the men in the West Philippine Sea in June 2019.

The Comelec confirms that House Deputy Speaker Rodante Marcoleta, one of the key figures who pushed for the non-renewal of ABS-CBN’s franchise, backed out from the senatorial race, citing his poor survey numbers.

The health department urges the public to get their COVID-19 booster shot following the detection of the Philippines’ first Omicron BA.2.12 case.

Investors speculating over whether Elon Musk will complete his $44 billion acquisition of Twitter Inc sends the company’s shares on Wednesday, April 27, to their lowest since the deal was announced two days ago.

The Amazing Spider-Man star Andrew Garfield announces he’ll be taking a break from acting for the meantime. – Rappler.com