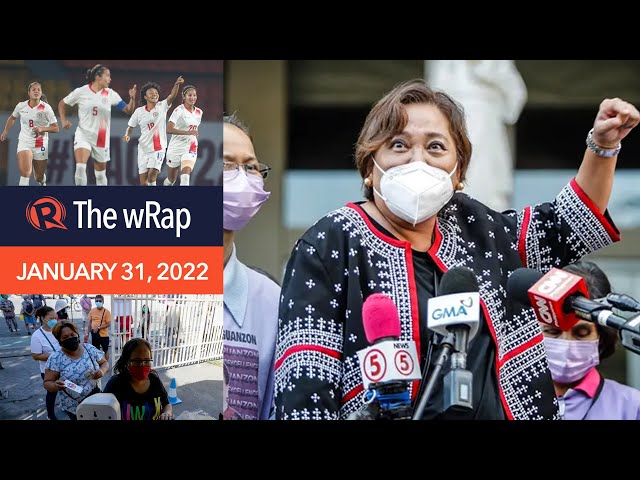 The Philippine government places Metro Manila back to Alert Level 2 from February 1 to 15, as COVID-19 cases in the capital region decline.

A House panel recommends the filing of complaints against several officials of the budget department and Pharmally Pharmaceutical Corporation, except Michael Yang.

Spotify CEO Daniel Ek says the music streaming platform will add a content advisory to any podcast episodes including discussions about COVID-19.