Robredo camp to Marcos: ‘Truth must be accepted’ | Evening wRap 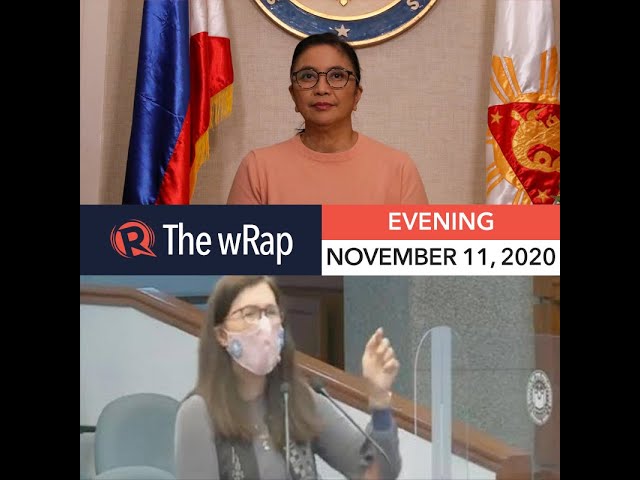 Senator Pia Cayetano fumes after Senator Risa Hontiveros callS for a legislative probe into alleged irregularities in the funding of sports facilities used in the 2019 SEA Games.

Days after the victory of United States President-elect Joe Biden, the Philippines says it has decided to extend its Visiting Forces Agreement (VFA) with the US for another 6 months.

Hong Kong strips 4 pro-democracy lawmakers of their seats immediately after China gives the city the power to disqualify politicians deemed a threat to national security.

A video claiming 70% of COVID-19-related deaths in the US are from nursing homes is false. – Rappler.com