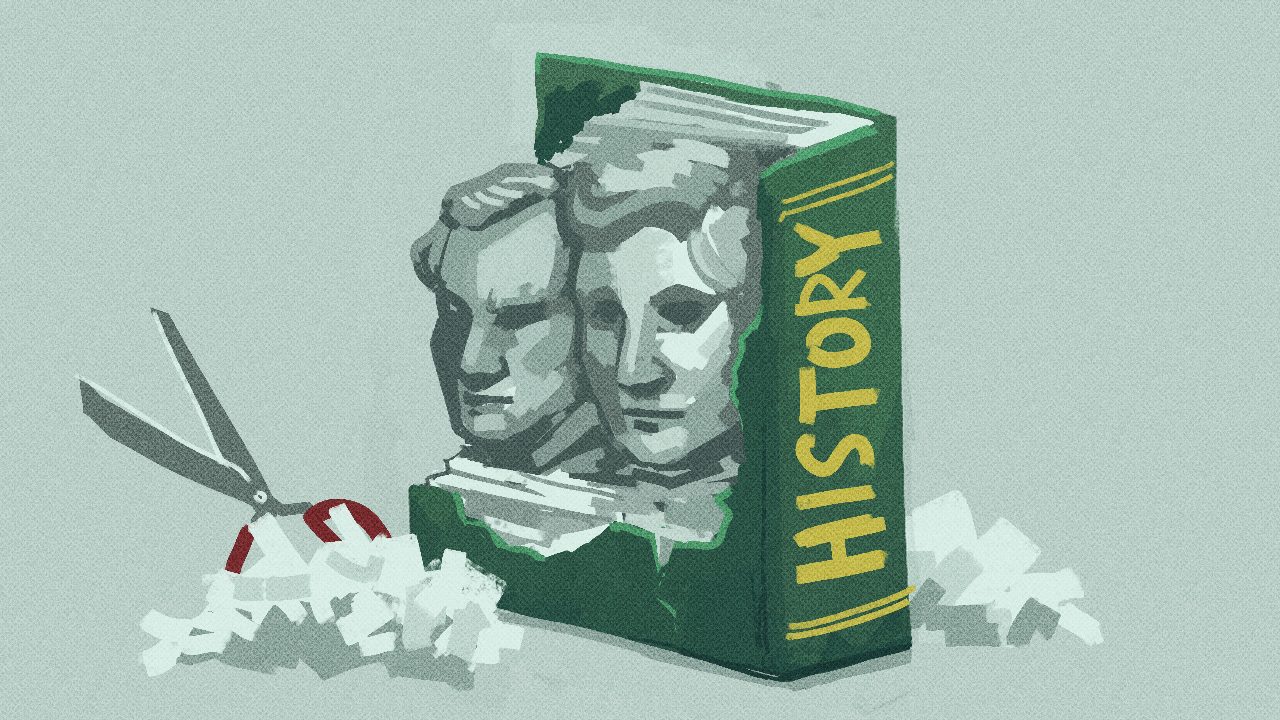 Facebook Twitter Copy URL
Copied
'If our lawmakers want to instill nationalism in students, then a course on the history of Filipino nationalism should be the case'

Last November 30, we celebrated the 158th birth anniversary of Andres Bonifacio – the “noble plebian” who founded the revolutionary group Katipunan, and led the Filipino masses against Spain during the Philippine Revolution of 1896, giving birth to the first republic in Asia.

Apart from remembering Bonifacio through commemorations, stories, and quotes about his heroic life, news of a proposed bill about him circulated on social media. The said bill is House Bill (HB) 10542, introduced by actor turned lawmaker John Marvin “Yul Servo” Nieto of Manila.

HB 10542, which we can call the “Bonifacio Law” of Manila, is somehow similar to Senator Claro M. Recto’s controversial yet famous 1956 Rizal Law, but on a local level. HB 10542 will mandate all higher educational institutions in the city of Manila, whether public or private, to include in their teaching a course about Bonifacio’s “life, works, and ideals.” Section 2 of the proposed bill aims “to strengthen the values of nationalism and patriotism among the students.” Like the Rizal Law, it is an attempt to infuse love for the nation into young students.

Suppose HB 10542 is passed and mandated to universities and colleges in the city of Manila. In that case, this can be a pretext for lawmakers to pass a similar law that will authorize a “Bonifacio course” in the totality of the Philippine curricula, rather than improving the current revised curricula in Philippine history in the tertiary, secondary, and higher education levels.

Filipinos have always been obsessed with the idea of heroism, nationalism, and patriotism. Until today, we Filipinos long for the “unfinished revolution,” and claim that the nation’s problems can only be solved if we emulate the lives of Filipino revolutionaries and heroes of the 19th century. In other words, to be a good citizen is to be like Rizal, Bonifacio, or any hero from the past.

This is similar to the case about HB 9850, which resulted in an uproar among historians and teachers a few months ago. Historian Lee Candelaria of Hiroshima University has argued at length about how 50% of the Philippine History subject’s being devoted to World War II was “ludicrous and out of touch.” Though the bill’s goal is to instill patriotism in students by recognizing the heroic deeds of Filipino soldiers, this could also result in the “glorification of war itself,” Candelaria suggests. If we closely study the history of the passage of the Rizal Law, we can also see that it had resulted in unintended consequences. While the goal of Recto’s Rizal Law was to instill a sense of freedom and nationalism among the youth, it only bolstered what we call the Spanish La Leyenda Negra or the Black Legend in the 20th century. Rizal’s novels, Noli Me Tangere and El Filibusterismo, which Recto thought could be sources of Filipino nationalism, only “revealed many aspects and points of reflection about Philippine society” during the 19th century, aspects that were not anymore relevant in the contemporary period, such as frailocracy. In fact, historian Gloria Cano revealed how the Americans deliberately distorted and fabricated historical narratives about the Spanish period.

We still do not know the possible repercussions of including a “Bonifacio course” in our curricula. But in an ethnographic study conducted by Filomeno Aguilar Jr., Ma. Elizabeth Macapagal, and Christian Benitez, about the teaching of Rizal Law in selected public schools in Rizal province, it was revealed that even without reading the entire Noli, the students were still able to pick up the lessons and political values of Rizal through new forms of classroom teaching strategies. In my opinion, a “Bonifacio course” could also become a source of national pride and love of country if appropriately taught with sound teaching materials and well-trained teachers.

But if our lawmakers want to instill nationalism in students, then a course on the history of Filipino nationalism should be the case. In the 1960s, historian Teodoro Agoncillo introduced in the UP Department of History “History 116” or the History of Philippine Nationalism. Agoncillo published a textbook for the said course, titled Filipino Nationalism, 1872-1970 (1974). He discussed the various stages of the development of Filipino nationalism and its nature – how the Indio became Filipino. This was nine years before Benedict Anderson’s well-known study on nationalism, Imagined Communities (1983), was published. Agoncillo’s textbook also contained the works of 19th-century nationalists Jose Burgos, Jose Rizal, Andres Bonifacio, Emilio Jacinto, Emilio Aguinaldo, and Apolinario Mabini, among others. And some chapters were dedicated to nationalist statesmen like Jose P. Laurel Sr., Claro M. Recto, Lorenzo Tañada, and even pro-Filipino American Governor-General Francis Burton Harrison. Sadly, the textbook is already out of print. But the course on the History of Philippine Nationalism is still in the BA History curriculum of the University of the Philippines Diliman, University of Santo Tomas, and De La Salle University.

HB 10542 has good intentions, but if our goal is to unite the whole Philippine archipelago under one idea of “Filipino nationalism,” I think it is time to stop concentrating on Tagalog heroes like Rizal and Bonifacio and include in the narrative the Visayan and Mindanaoans heroes. Perhaps also, our lawmakers should focus on introducing laws that will improve the teaching of Philippine History at the primary and secondary level, especially in this age of rampant disinformation. – Rappler.com

Luis Zuriel P. Domingo teaches history at the University of the Philippines Baguio. His research interests include the history of nationalism in Southeast Asia and Philippine historiography.