[OPINION] The Rose and the Iron Throne Facebook Twitter Copy URL
Copied
'If Marcos brings a long night again, then we shall be the Night's Watch'

My self from 13 years ago would never have thought I’d be writing this. I was then the editor of our university publication, and a member of the College Editors Guild of the Philippines.

We’d been radicalized then. Just a few weeks before we’d enrolled in Bicol University’s Journalism program, 20-year-old Cris Hugo, a graduating Journalism student and erstwhile head of the League of Filipino Students in Bicol, was shot dead right in front of Bagumbayan Elementary School in Legazpi City, just a few meters away from the city police headquarters and a church. Even before we had attended our first classes, we were already holding vigil for him and had joined his funeral procession in the hundreds.

Cris was just one of many activists summarily executed in Bicol, and assassinated or disappeared elsewhere in the country, during the anti-communist witchhunt of General Jovito Palparan under orders from then president Gloria Macapagal Arroyo and her national security adviser Norbero Gonzales.

I had too many ideas then that didn’t align with the national democratic movement, so I didn’t become “organisado.” Not much of the natdem dogma stayed with me, but I do remember their national situationers about Martial Law under the Marcos dictatorship. Those stuck – along with anecdotes of the experiences and events during the 1970s-1980s that my father and relatives, their peers, and my own teachers would now and then share. Some of them were activists but most were just students like I was. But they all knew someone who was killed, tortured, or disappeared. And because they all lost friends, and knew of the enormous theft from the public coffers that Marcos and his cronies were doing, most of them were at EDSA when the dictatorship was brought down. My father’s brother was even a member of the Reform the Armed Forces Movement faction that defected from the Marcos loyalist military – but later also mutinied against Corazon Aquino.

I never became a full-on activist, nor a journalist. I joined government when the opportunity presented itself and entered law school where I read jurisprudence confirming and detailing the atrocities and plunders of the Marcos dictatorship that I’d heard in stories and earlier lessons.

And now as a civil servant with an executive agency, though only among the rank-and-file, I shall in a few weeks essentially be reporting to another President Marcos through whomever he chooses to be our secretary. How curious that I must now serve under another Marcos chief executive – this time made possible through the machinations of Macapagal-Arroyo, who paired the Solid North with the enduring popularity and machinery of the populist death squads of the South. I feel that things have gone full circle, for the worse. 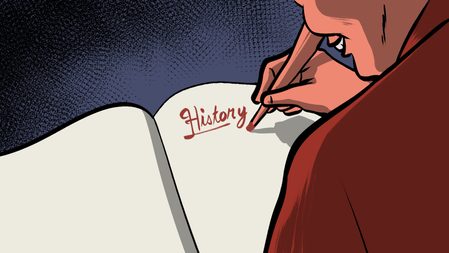 As a government employee, I had some hesitation about publicly declaring my support for Vice President Leni Robredo, the de facto leader of the opposition, in her presidential campaign. It could be seen as prohibited partisan political activity, all the more made precarious in the oppressive political climate under President Rodrigo Duterte. But this was only part of the reason why I didn’t eagerly voice my support for her – I also was beginning to have doubts about the enduring legacy of the People Power Movement.

Despite having a president who had a genocidal policy, and a fouler mouth, public opinion polls have always been high for the administration even as it closes. Typically, public support wanes at the close of the administration. I recall Noynoy Aquino’s was dismal, and Arroyo’s was almost single-digit.

And of late, public opinion has been decidedly against anyone who was associated with the Liberal Party. No matter how progressive their policy or splendid their track record, to affiliate with the Liberals was a political death sentence.

To me, it was as if the masses did not appreciate the changes brought about by People Power. Yes, I acknowledge that there is systemic disinformation, but I feel that this would not have worked if the ordinary Filipino felt that their lives had changed for the better since EDSA, or at least the Aquino regimes. Of course, it was this gradual, systemic disinformation – carefully crafted around transforming the sordid repute of the Marcoses into one of a politically repressed clan – that fooled young people who weren’t present during the dictatorship into believing that there was a Golden Age under Ferdinand Edralin Marcos, Sr. And further, that the family’s crimes of ill-gotten wealth and atrocity, time and again convicted in the courts, was mere libel. But even those people, too, must have had family members and teachers who told the same stories that I heard, right?

And then came Leni Robredo, a vice president who had done so much more than other VPs despite being deprived of a cabinet position, constantly shamed by her president and his lieutenants, and endlessly harangued and libeled by the combined troll armies of both the Dutertes and the Marcoses. And before even that, she was a public advocacy lawyer for decades before personal circumstances pushed her to become an accomplished legislator during a brief stint in Congress. All throughout, she had led an honest, austere, and humble life.

Her only misfortune was that she’d risen to power under the auspices of the much-maligned Liberal Party, and was therefore surrounded by the elite perceived to have failed to bring fruition to the promises of the People Power Movement. In spite of my doubts, I could see that the hope she promised was no mere press release. I could at least count on the fact that, if she won, she could be the leader to realize the promise that was EDSA, if indeed it had been unfulfilled. She was after all, no scion of dynasts like the elite beneficiaries of the tyrant’s fall. She was our only hope to forestall a Marcos return to Malacañang – a Marcos who aside from his name, had the weakest track record to speak of even among the political heirs. To me, it was clear that they only needed to reclaim their palace to complete the final objective of their decades-long campaign of misinformation – historical negationism. Negationism is perhaps the better term to use rather than revisionism, because presumptive president Ferdinand Romualdez Marcos Jr. does not merely reinterpret history based on new evidence or interpretations. He completely denies, up to the last minute of his presidential campaign, the atrocities and plunder of public coffers that his family and their cronies committed. And perhaps to perpetuate the impunity, and ill-gotten wealth, they had carefully protected over the years.

I feel for my peers who pinned their every hope of preventing a Marcos resurgence on Robredo. Things were hopeful when almost everyone on my social media feed was putting up profile pictures either wearing pink or framed in Robredo’s colors. There was an atmosphere of wondrous excitement for things to be, especially in the weeks leading up to the presidential election.

People in pink were going in droves to Robredo’s rallies all over the country in the hundreds of thousands – enough to drown the dull grey concrete in carnation, enough perhaps to maybe put a cloud of doubt over the surveys clearly putting Marcos tens of points above Robredo in the polling surveys. And they came not on buses ushered by local politicos but on their own time and at their expense. They went house to house trying to convince more to join Robredo in her campaign against tyranny.

In spite of my doubts, I felt a pang of envy. I also wanted to join the sea of carnation that Robredo’s campaign was able to muster. It was, I thought, how my parents and their generation must have felt when they were convinced to stand up shoulder-to-shoulder to Marcos Sr.’s cavalry.

In the end though, the bubble burst. Here was a stark reminder that by its very nature social media creates bubbles around us – presenting a world view limited to our own social circles. It seems polling surveys are still the more reliable gauge of public opinion for political candidates. Except maybe Robin Padilla – what was that? And now though I feel defeated, I must find some measure of victory in this. To see my friends and peers in my admittedly limited social bubble display that unprecedented and extraordinary volunteerism in the last few weeks means that even under another Marcos, this minority of 14 million will not be silent – stuck to keyboards and social media. I hope this passion persists for the next six years as a constant vigil against everything the name Marcos stands for – dynasty, patronage, privilege, and impunity. If Marcos brings a long night again, then we shall be the Night’s Watch.

In the end, hundreds of thousands taking to the streets and the 14 million votes against him means that FRM will not be sitting comfortably in his iron throne. In Game of Thrones, the Iron Throne was said to have been designed with sharp edges because “a king should never sit easy.” Well, much less this tyrant princeling.

Leni’s true fight, and ours, only begins – to see the Filipino’s plight in its darkest sheen, but find a way to finally shine a light that reaches. After all, wasn’t her message that of hope? – Rappler.com

Gino L.S. Paje is a civil servant who hopes to become a lawyer. He dreams of the day that the constitutional mandate to prohibit dynasties is finally legislated into our statutes.