[OPINION] What have these guys been sniffing? 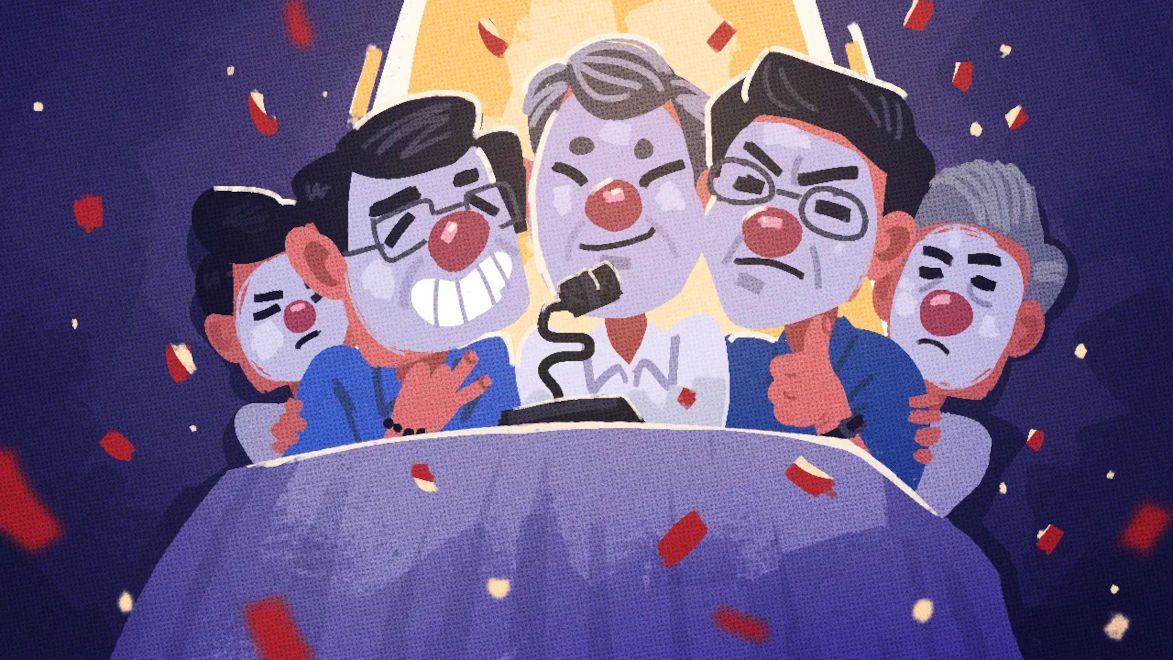 For several hours on Saturday, April 16, social media was in a tizzy over the announcement of an Easter Sunday press conference “for unity” featuring several presidential and vice presidential bets.

The event, staged at an expensive hotel, opened with a blah message: a call for fair elections – a call that all candidates have been making since day one of their campaigns, and reiteration that all of them would remain in the race.

The second statement soon fragmented into a display of illogic and dishonesty that, combined, could barely shore up their real intention: to attack presidential rival and Vice President Leni Robredo.

There was Norberto Gonzales – Gloria Arroyo’s national security adviser, let’s not forget – who claimed in the absence of proof that people (nebulous, unaccountable catch-all; presumably their core supporters) don’t want to have to choose between front-runner Ferdinand Marcos Jr. and Robredo.

In short, they’re very displeased by the very clear fact that Robredo IS Marcos Jr’s main rival and not their sorry selves.

Gonzales also advances the baseless claim that to defeat Marcos, any other candidate but Robredo should be left in the running.

Senator Ping Lacson, meanwhile, presents an even more outrageous plaint: that wooing other candidates’ supporters and campaigners is an attempt to subvert the election process.

Mr. Lacson has been so used to subverting the definition of terms (see the Anti-Terror Law and his rationale for it), that he’s turned choice into a miniscule platform surrounded by imagined horrors.

That really is the main cause of this collective tantrum: Lacson and Manila Mayor Isko Moreno losing some important players –  Pantaleon Alvarez in the case of Lacson, the shift of the pro-Moreno IM Pilipinas to IM Leni, and reports that the latter has been losing a big segment of the business community.

These guys are wishing for an alternative universe.

Every election is a long campaign to snatch everybody else’s supporters. Why else are all politicians commissioning surveys?

There is only a finite number of voters in every election. Every addition to your column often means a corresponding decrease in someone else’s base number. Choice is never a static thing. Otherwise, you’d have political and ideological dinosaurs lording it over till kingdom come.

Voters have until that last second in the precinct to decide. Their preferences can shift, depending on pronouncements of candidates, their vision or lack thereof, and whether their actions reflect their words.

If voters can change their mind, supporters – who are most likely voters – can do so.

The truth is, if Moreno, Lacson and company had managed to dent Robredo’s numbers, they’d be crowing about the wisdom of Filipinos.

But Robredo’s numbers have substantially increased – and yes, many of her supporters were probably once theirs.

The strength of a candidate’s support base also depends, again, on how a politician convinces voters of his or her credibility and consistency, and ability to face challenges.

Lacson and Moreno are now screaming about the supposed unity they snubbed in the first place. They’re harping on Robredo’s previous statements that she was willing to back down.

That’s sheer dishonesty on their part.

Robredo was very clear from the get-go. She was willing to step aside IF the opposition united behind one candidate. Nobody wanted to do so… and here we are.

I guess when you come down to it, these macho men are really little scared boys who scream when girls start beating them at play.

Now Isko wants her to be a hero and step aside? For whom?

That forked tongue is the best proof ever that he is Duterte lite.

Well, Mr. Lite better get this clearly. The last thing Robredo’s supporters want is a continuation of the legacy or the man who so badly wants to be its heir. – Rappler.com