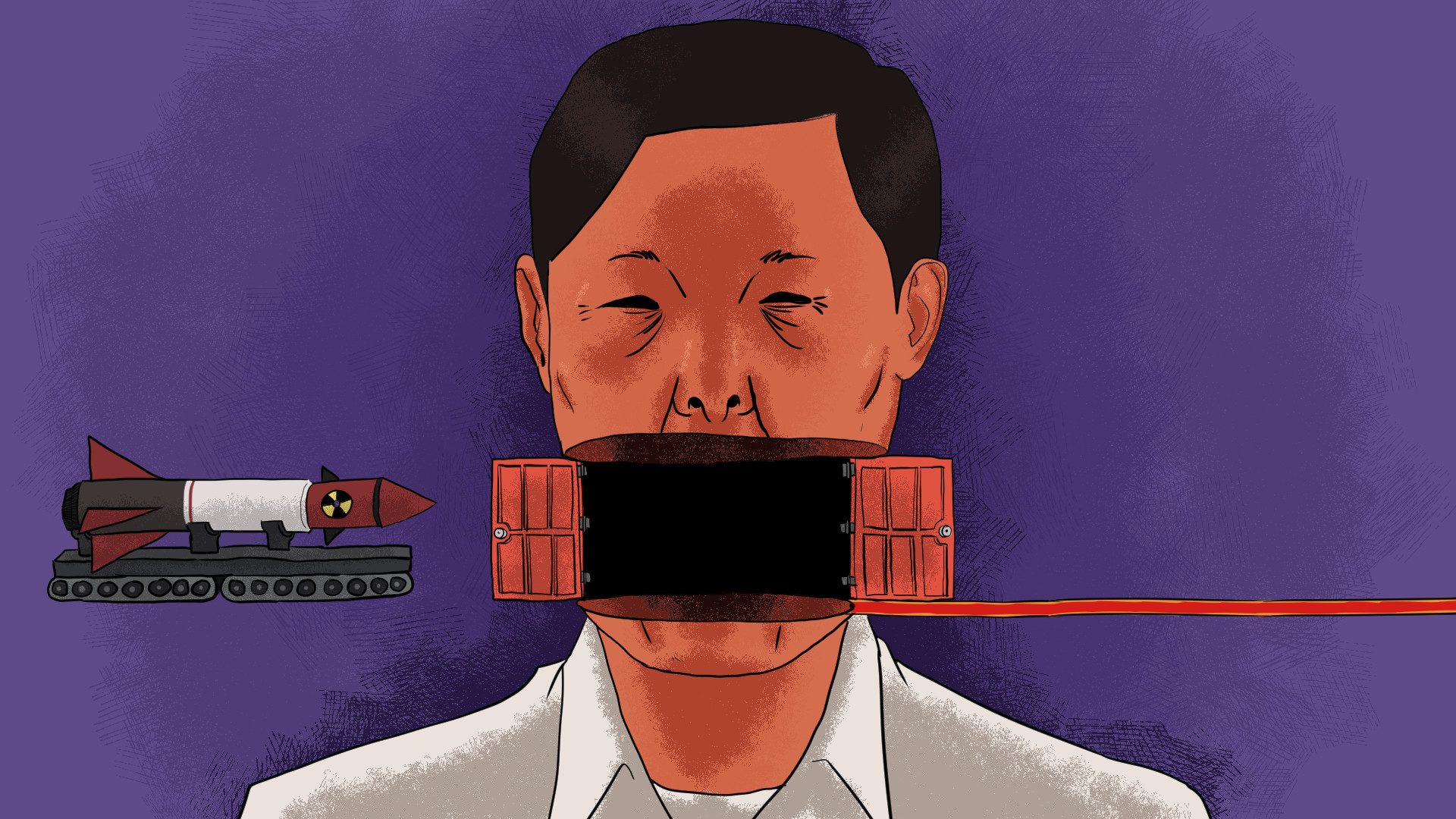 The first 50 days of President Ferdinand Marcos Jr. has already pointed the Philippines towards a perilous external relations course. The President’s global outlook shows a risky partiality, given the challenges confronting the country’s regional security environment. Even as the Philippines is now ensnared in strategic competition between two rival imperialist powers — the United States and China — for long-term supremacy over the vast realms of the Eurasia-Indo-Pacific, including Southeast Asia, Manila is once again revealing its proclivity for protecting Washington’s strategic interests across the area. And in truth, Malacañang’s new regime has only bolstered this Philippine foreign policy penchant through its recent pronouncements, and even its reticence.

President Marcos Jr.’s first State of the Nation Address expressed a foreign policy attitude which contravenes the stance of the 1987 Philippine Constitution. The country’s charter mandates the Philippine State to “pursue an independent foreign policy,” while upholding “national sovereignty” and “territorial integrity” toward “a policy of freedom from nuclear weapons in its territory.” Despite restating these phrases, Marcos Jr.’s SONA speech stayed silent on US imperialism’s military presence on Philippine soil, while declaring that he will not “abandon even one square inch of territory of the Republic of the Philippines to any foreign power” — in a clear allusion to China. This contradiction violates the country’s independence and national sovereignty, while tolerating the entry of nuclear-powered weapons platforms in breach of territorial integrity. The president reiterated what his bourgeois predecessors have always said in public — but without actually moving for the expulsion of American troops and weaponry from the Philippines. Yet, such an act would be highly consistent with peaceful constitutional provisions.

Indeed, throughout his SONA speech, the president maintained a reactionary consistency reflecting his own elite-class character. He said nothing at all about the real state of affairs of the Filipino social majority — the working-class masses. Urgent policy issues and concerns related to a national minimum wage for workers, labor contractualization, public housing for the urban poor minus violent demolitions, the Rice Tariffication Law, the bloating foreign debt, and human rights violations via state terrorism were all disregarded in the President’s SONA agenda.

Nevertheless, the Philippine State has by now become a major global focus for great power contestation and diplomacy. A mere six days after Pres. Marcos Jr.’s inauguration, China’s State Councilor and Foreign Minister, Wang Yi, paid an official visit to Manila. His schedule included a bilateral meeting with his Philippine counterpart, Secretary of Foreign Affairs Enrique Manalo, that discussed a wide range of issues fixated on “building on the positive trend of relations between the Philippines and China.” Before departing Manila, FM Wang paid a courtesy call on the Philippine head of state, and after their talks, Pres. Marcos Jr. posted a message via Twitter stating that he and Wang discussed “agriculture, infrastructure, energy, and our commitment to maintaining the strong relationship between our peoples in the coming years.” Nonetheless, the central thrust of the Chinese foreign minister’s trip to the Philippines was aimed at further blunting the US’ influence in Southeast Asia. As such, FM Wang said that he is “confident” that both countries “can surely open up a new golden era for the bilateral relationship” between Beijing and Manila. He also stated that with the “uncertain, unstable, and complex regional and international dynamics, it is even more important for China and the Philippines, as two close neighbors, to join hands to further enhance mutual trust (and) expand mutually beneficial cooperation.” Beijing’s foreign minister affirmed that, “This will not only serve the common interest of the two countries and two peoples but will also be our important contribution to peace and stability in our region.”

To counter China’s diplomatic campaign in the region, America sent its top diplomat to Manila exactly one month after FM Wang’s swing. US Secretary of State Antony Blinken met with Pres. Marcos Jr. at Malacañang and avowed to strengthen America’s historic ties with the Philippines “on multiple fronts, particularly on issues concerning the economy and defense.” Blinken reaffirmed, “We are committed to the Mutual Defense Treaty. We’re committed to working with you on shared challenges.” In turn, the President affirmed that, “We can no longer isolate one part of our relationship from the other.” He pledged to “continue to evolve that relationship in the face of all the changes we have been seeing.”

In fact, Pres. Marcos Jr. has already embarked upon a Philippine foreign policy narrative framed in a clearly subjective manner — as revealed by his SONA speech. Under his watch, the Philippines is to advance an external relations agenda anchored upon a mode of “strategic selectivism.” Its basic approach entails a concentrated but selective focus on attaining a set of external policy objectives. And given the regional security environment’s volatile situation, the Philippines will align itself more actively with the belligerent, geostrategic thrusts of the US to counter the People’s Republic of China in the Asia-Indo-Pacific region.

Toward this direction, the Marcos Jr. regime will maximize efforts to mobilize a segment of Philippine society animated by national-chauvinist sentiments opposing China. Concurrently, Manila will overlook America’s domination over the Philippine State. Thus, US imperialism will continue to harm the country’s national integrity. 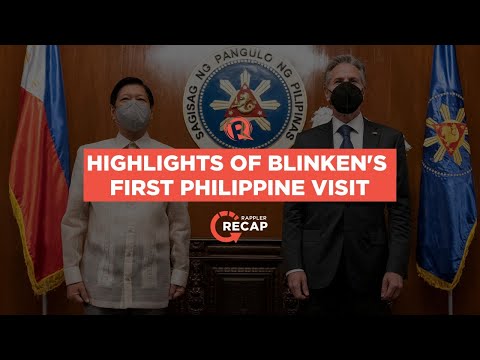 It is the active presence of US military forces in the Philippines which partly provokes China’s growing assertiveness throughout maritime Southeast Asia. But if the Philippines intends to uphold and defend any form of genuine independence, then it must expel all foreign military presence from its sovereign dominion. And this surely includes America’s forces of aggression.

Directly linked to this setting are America’s endeavors at advancing a novel grand strategy for greater control of the imperialist world system. Washington’s geostrategy is premised upon an array of designs and maneuvers to contest Beijing’s own plans at overcoming American hegemony throughout the Eastern Hemisphere, especially within Eurasia, and across the Indian and Pacific Oceans. By centering on this immense area, America is foisting a set of integrated schemes to counterbalance China. This formidable package comprises the Australia-United Kingdom-United States (AUKUS) trilateral security alliance, the Indo-Pacific Economic Framework for Prosperity (IPEF) project, and an expanding Quadrilateral Security Dialogue (QUAD) mechanism — with the latter aspiring to become another NATO (North Atlantic Treaty Organization) for the vast Indo-Pacific domain.

This security-economic architecture is US imperialism’s “Triad of Aggression” — a stratagem aimed at vanquishing Chinese power in the Asia-Indo-Pacific region. As of today, many countries — the Philippines included — are being lured into joining America’s newest ploy. This was the real agenda behind Blinken’s stopover in Manila.

Malacañang must pursue a peacefully consistent foreign policy track for the Philippines. And such an alternative should safeguard amity and harmony for the region’s stability. – Rappler.com

Rasti Delizo is an international affairs analyst. He is currently a vice president of the socialist Bukluran ng Manggagawang Pilipino (BMP).