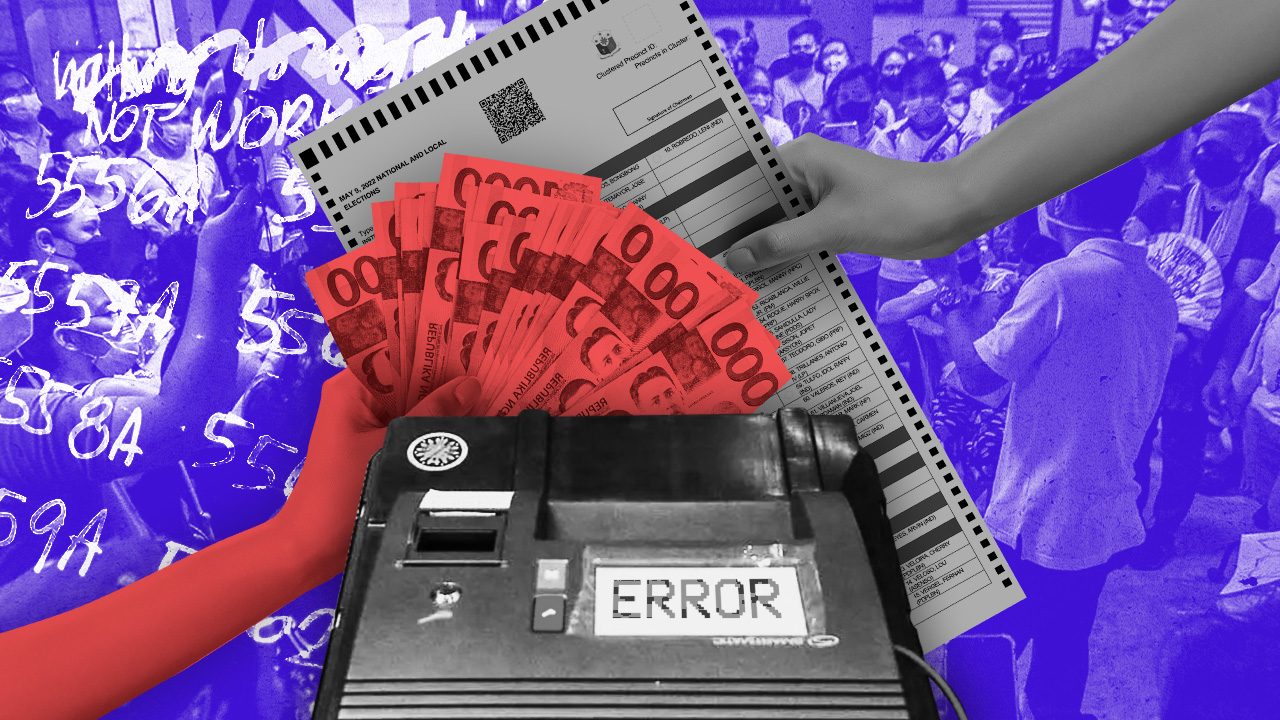 For an election to truly reflect the people’s will, three things are important:

One, that truthful and timely information on the candidates and the issues surrounding them are easily accessible to all, if not most, of the voters.

Two, that election rules are faithfully enforced, including spending and airtime limits, and prohibitions on the use of government resources and machineries, early campaigning, fraud and ballot manipulation, vote buying, intimidation, employment of armed goons, etc.

Three, that voters are able to freely, confidently, and conveniently exercise their right to vote, without fear of getting harassed, persecuted, or cheated, or of suffering heat stroke while standing in line under the midday sun, or of having to stay in the polling precinct well beyond closing time just to ensure that one’s vote is counted.

So, did the just-concluded elections really reflect the people’s will?

Much has been said about the Marcos camp’s well-funded, sophisticated, and sustained campaign to change history’s judgement on the Marcos dictatorship and to rebrand the family’s image. Stretching more than 13 years if we count Bongbong Marcos’ successful run for the Senate in 2010, the under-the-radar campaign was felt mainly in social media and in poor, marginalized, grassroots communities. With the educational system’s longstanding failure to teach the lessons of the Martial Law era, the popular perception about the Marcoses and the dictator’s dark legacy slowly changed.

By 2021, one of the darkest periods in Philippine history was being hailed as the country’s “golden years” on thousands of Facebook and YouTube accounts. Social media was awash with well-crafted, high-production value videos of Ferdinand Jr. discussing his views on a whole range of issues, including his father’s legacy. TikTok was awash with funny, heart-tugging videos about Marcos’ wholesome family life. With his past shrouded in false narratives, the family name rebranded, and social media as his weapon, BBM had no use for media interviews or public debates. For the first time in history, a presidential candidate refused to debate or discuss issues in public, denying voters a peek into how his mind really works, which is an important aspect of leadership.

Meanwhile, the political opposition would be vilified and demonized no end, with President Duterte himself leading the attack against his Vice President and Liberal Party Chairperson Leni Robredo. Liberal Party Senator Leila de Lima suffered the brunt of these attacks and is still in prison on trumped up charges. Aside from official media sites and mainstream media, these lies, intrigues, and insults against the “Yellows” would be amplified by Duterte’s army of social media influencers, trolls, and fake news sites.

The most powerful and well-funded troll operations were by the National Task Force to End Local Communist Armed Conflict (NTF-ELCAC), whose spokesperson Lorraine Badoy is the concurrent undersecretary of the Presidential Communications Operations Office (PCOO). Using red-tagging and trumped up cases as weapons, the NTF-ELCAC launched a vicious and sustained attack against opposition party-list organizations of the Makabayan Coalition when they cut ties with Duterte in 2017. Midway into the campaign period in 2022, the red-tagging had expanded to include opposition standard bearer Robredo and her slate.

On the eve of the elections, various fake news cites aligned with the NTF-ELCAC posted a fake Comelec resolution announcing the disqualification of party-list groups Bayan Muna, Anakpawis, Gabriela, Kabataan, and ACT Teachers. Flyers and posters containing the same message were simultaneously distributed in many communities nationwide in what was obviously a highly coordinated effort by state agencies. Also that night, a text message apparently coming from the Armed Forces of the Philippines (AFP) spread like wildfire, instructing uniformed personnel to campaign against the said party-lists and several opposition senatorial bets. To make matters worse, all throughout Duterte’s presidency, the critical press was constantly under siege. If the threat of closure against Rappler or the squeeze play against the publishers of the Philippine Daily Inquirer was not enough to silence the rest of the media, the closure of ABS-CBN, the country’s biggest and most influential network, most certainly did.

The 2022 elections will probably go down in history as the elections where rules and ethics were most blatantly violated. The ban on early campaigning had totally lost its meaning, with the law saying it could only be committed by persons officially considered candidates. Since the law also states that one can only be considered a candidate at the start of the campaign period, then campaigning before the campaign period, when one is not yet officially considered a candidate, is allowed. Go figure.

The rules on sizes of campaign posters, banners, and advertising would, of course, be dwarfed by the giant billboards and e-billboards adorning all highways and major thoroughfares. So were the rules on common poster areas brazenly violated. In fact, what Comelec officials went after were things that were not prohibited at all, like Leni-Kiko posters in private residences as well as murals on private walls.

The use of government resources and machinery for favored administration bets, while nothing new, was felt most especially this year. In 2021, the year prior to the elections, the bulk of the NTF-ELCAC’s barangay development funds – P12.42 billion out of P16.44 billion – went to Mindanao, of which the Davao Region, including Davao City, got the highest allocation at P4.3 billion. Barangays granted P20 million in projects by the NTF-ELCAC officials were reportedly ordered to outlaw progressive party-list organizations and ensure support for the administration bets.
Many LGUs officials could not openly support the Robredo-Pangilinan ticket for fear of reprisal from the national government, including non-release of their much needed funds and projects. Many opted for a Robredo-Sara (RoSa) ticket as a compromise in order not to antagonize the President.

Vote-buying was at its worst, with many politician friends complaining that in some areas, the amount would reach up to P8,000 per vote. In other areas, a minimum of P100 would be needed for voters to even consider reading your sample ballot. I am told the standing formula for local positions is to buy 70% of 70% of your target votes. Included in the vote-buying would be the party-list candidates, many of whom relied on the traditional political machineries controlled by political dynasties and warlords.

Of course, vote-buying started much much earlier, with politicians handing out grocery packs, bags of rice, even instant noodles just to ingratiate themselves to their voters, all in violation of Comelec rules. 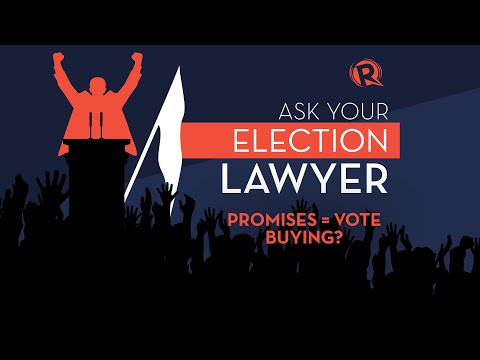 As in previous elections, there has been no hard evidence to prove suspicions of electronic fraud or vote manipulation, or even pre-shaded ballots. But the unusual malfunction of many vote counting machines and the long delay in the voting certainly require deeper scrutiny. Were areas that encountered these irregularities part of the opposition’s base? Were voters in these precincts targeted for disenfranchisement?

Taking the recent political exercise as a whole, it is understandable why many find the results disheartening. Our youth, especially, feel cheated in such a profound way that makes them want to question the count itself.

What is clear is that Marcos’ victory is a result of massive disinformation, historical distortion, and false narratives; systematic and state-sponsored vilification and repression of the opposition and administration critics; and an electoral system dominated by political dynasties and characterized by inefficiencies, massive vote-buying, and other forms of cheating and irregularities.

Accepting a Marcos-Duterte victory is like accepting the many failures and flaws of our political system. And that, simply, is unacceptable.

The challenge for the opposition post elections is how to consolidate its ranks and unite to fight the further spread of lies and disinformation, demand truth and accountability at all times, and, in the face of a looming fascist regime, defend human rights and civil liberties in order for people to be able to demand for better governance and, hopefully, a change in the political system. – Rappler.com