[OPINION] Will our hopes be addressed in Marcos’ 1st SONA? Facebook Twitter Copy URL
Copied
'How will Marcos’ plans address the people themselves, especially the poor and marginalized?'

Amidst all of opportunities we can take advantage of under the new presidency, the question remains: what does the President, Marcos Jr., have in store for the Filipinos? According to Budget Secretary Amenah Pangandaman, the following are areas of focus for the President: agricultural and food security, climate change adaptation, economic recovery, improved health care and education, enhanced infrastructure projects, utilization of renewable energy sources, strengthened tourism and jobs creation, and sustainable development. However, just like his inauguration speech, this remains vague. What specific projects and actions from the government will lead us to the advancement of any of these? More importantly, how will Marcos’ plans address the people themselves, especially the poor and marginalized?

For example, as Marcos gave his first orders as the Secretary of the Department of Agriculture, he stated that to address food insecurity, we must increase the production of corn and rice while being able to lower their prices. He considers Masagana 150 and 200, which will increase the production of rice per hectare. However, this does not lay out his plans for the farmers themselves. When we begin to prioritize the production of rice and corn, what will happen to the farmers? Will they be subsidized and paid a sufficient amount for their harvest or will they be left in debt again? In addition, what about farmers who grow crops outside of the two? Will they be included in the plans of growth? While food insecurity is a problem for the general population, it is ironic that our farmers face the same reality when they are food producers. Where are they in this government? 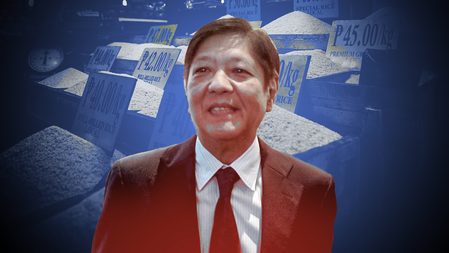 Another sector largely affected by policies and platforms of the government are the workers. For years, workers have been demanding for the end of contractualization as it prevents them from being regularized. Duterte, in fact, has promised to “end endo,” to no avail. Moreover, the minimum wage continues to be lower than what is a livable wage. How does the President plan to address this? With many Filipinos left unemployed due to the COVID-19 pandemic, how exactly can more jobs be created? More importantly, will these jobs be humane and just to its workers?

The indigenous peoples of the Philippines also remain unmentioned in the government’s priorities. The IPs continue to fight for their right to their ancestral land and self-determination. However, the state responds by displacing and harassing them. What are Marcos Jr.’s plans for them? December 2021, before the election, Bongbong Marcos went to Pampanga to meet with Aetas and stated that they have been helping the indigenous peoples since his father’s time. One of the Aetas responded that they don’t remember a Marcos helping them before. When it comes to recalling the IPs during his father’s time, we remember Macli-ing Dulag from the Butbut tribe of the Kalinga province. He led the opposition against the Chico River Dam and was assassinated by armed forces under Marcos Sr.’s administration. Now, what is in it for the IPs under this new Marcos government? 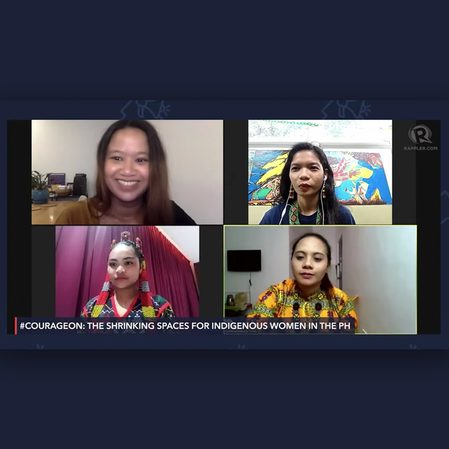 Speaking of displacement, the urban poor is also a sector often displaced in exchange for “development” and large businesses. If Marcos plans on prioritizing infrastructure projects, will it be inclusive of the urban poor? The urban poor has been calling for “development for all” because they want to be included in the growth the government is imagining and aiming for. Will their communities be in the plans or will they be left in the margins again, expected to survive on their own?

Another issue that is yet to be addressed in terms of concrete plans is the climate emergency. This affects all of us, whether marginalized or not. The Philippines is vulnerable when it comes to the climate emergency. The effects continue to worsen and we suffer the consequences year after year. With this, the government must improve the resilience of the communities most vulnerable to the impacts. The government should have a plan when it comes to helping these communities recover and adapt. Marcos must also have a plan when it comes to the energy crisis. One of his priorities is the utilization of renewable energy sources. The fuel we use now is not only harmful to the environment, its price is also continuing to hike up, impacting lives of ordinary Filipinos. How do we change that?

Other sectors that remain hanging are the education and health sector which are unexpectedly intertwined due to the pandemic. While new DepEd Secretary Vice President Sara Duterte is pushing for the opening of classes (including face-to-face) in August, constituents air out concerns as they lack time preparing for the transition and COVID-19 cases continue to rise. While face-to-face classes are essential, what are we doing to protect our students and teachers? In addition, there remains to be no Department of Health Secretary appointed, which is important amidst the rising cases. We see that the Philippines is riddled with many problems that need solving. But behind these problems are real people, real Filipinos who hope and desire for better lives. We can only pray that these hopes are not misplaced and that they will be addressed in the new Marcos’ first SONA.

This is not only a plea or a call to the new president, this is a challenge to respond accordingly to the times. Amidst an administration built on mistruths, is there a place for hope?