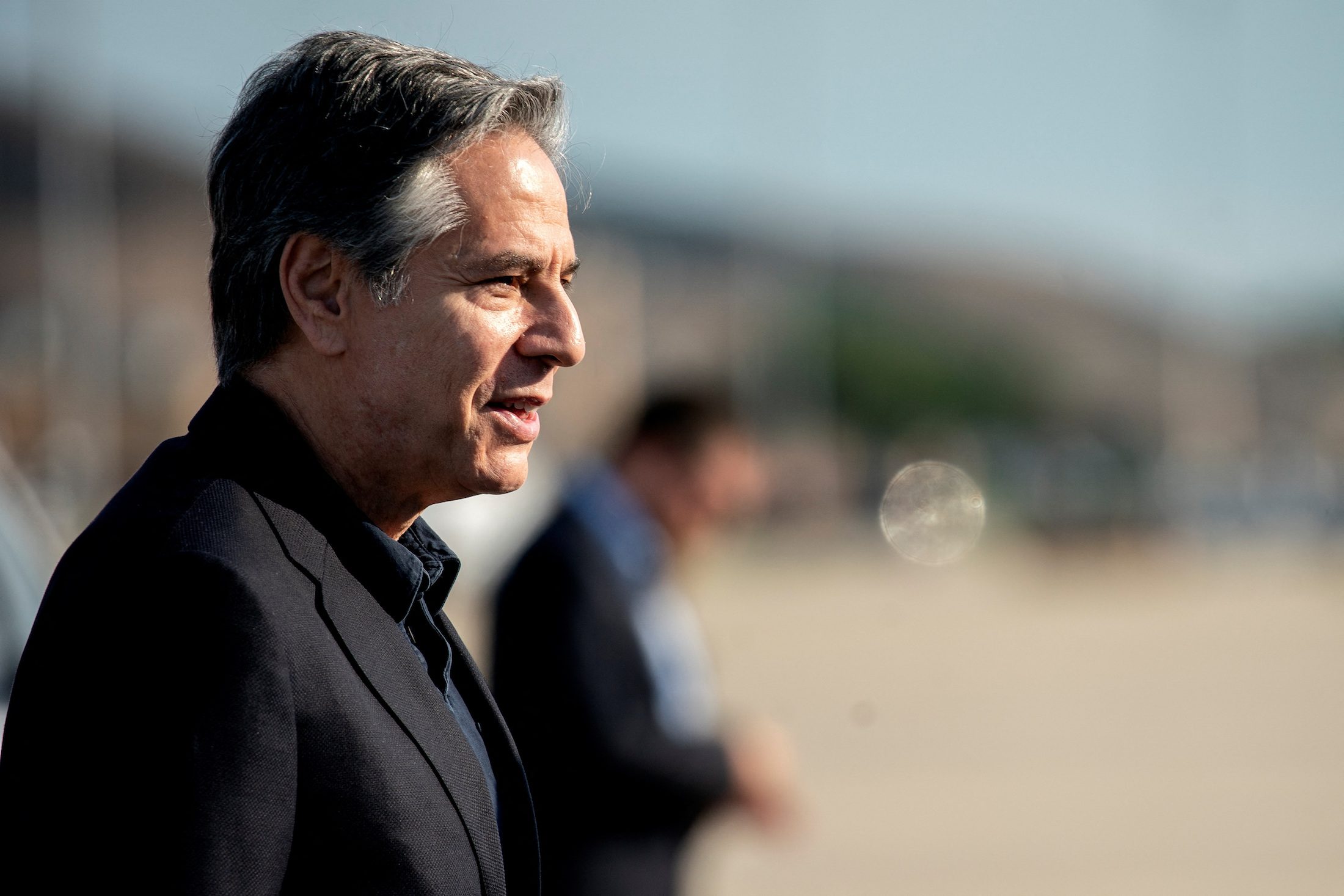 US SECRETARY OF STATE. US Secretary of State Antony Blinken arrives at Joint Base Andrews ahead of his travel to Bali, Indonesia, for the G20 Foreign Ministers' meeting, and Bangkok, Thailand, in Maryland, US, July 6, 2022.

WASHINGTON, DC, USA – US Secretary of State Antony Blinken will travel to Cambodia for a US-ASEAN minister’s meeting next week during which he will address the COVID-19 pandemic, climate change, Myanmar, and the war in Ukraine, the State Department said on Friday.

After three meetings relating to the regional bloc in Phnom Penh on August 3 to 5, Blinken will travel to Manila and meet with President Ferdinand Marcos Jr. and Foreign Secretary Enrique Manalo to discuss efforts to strengthen the US-Philippine alliance, officials said.

Assistant Secretary of State for East Asia and Pacific Affairs Daniel Kritenbrink, briefing reporters on the trip, said Blinken would urge other nations at the regional forum to “step up pressure” on Myanmar’s ruling junta after it executed four activists this week.

“This is just the latest example of the regime’s brutality,” he said of the executions.

There were no plans for Blinken to sit down with Chinese Foreign Minister Wang Yi, said Kritenbrink, who did not rule out an informal “pull aside” on the sidelines of the regional forum.

South Africa will be the top US diplomat’s next stop, on August 7 to 9, followed by visits to the Democratic Republic of Congo and Rwanda.

“The Secretary will focus on the role the government of Rwanda can play in reducing tensions and ongoing violence in eastern DRC,” the statement said.

In Rwanda, he will also raise the “wrongful detention” of US permanent resident Paul Rusesabagina, the department said.

Rusesabagina, 67, was sentenced in September 2021 to 25 years in prison over eight terrorism charges tied to an organization opposed to Rwandan President Paul Kagame’s rule. He has denied all the charges and refused to take part in the trial that he and his supporters have called a political sham.

“We’ve been very clear with the government of Rwanda about our concerns about his case, his trial and his conviction, particularly the lack of fair trial guarantees in his case,” said Assistant Secretary of State for African Affairs Molly Phee. – Rappler.com