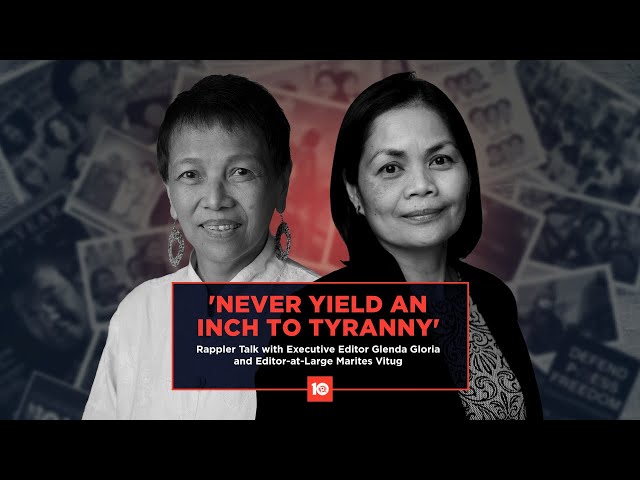 The celebration continues for Rappler’s 10th year anniversary. Since its founding, this is the first time that the four founders – fondly called the “Manangs” – will sit down to talk about Rappler’s journey and their personal experiences.

In this special episode of Rappler Talk, Rappler’s editor-at-large Marites Vitug talks to co-founder, former managing editor, and now executive editor Glenda Gloria. They reminisce about their days at Newsbreak magazine, and how they collaborated with colleagues to form an independent online media organization that is now Rappler.

Gloria also reflects on her nine years as managing editor, how she transitioned to be executive editor, and how she, as co-founder, sees Rappler’s fight for its future. (WATCH: The moments that made Rappler)

“We knew early on that we were facing tyranny. And I’ve always believed that you yield an inch to a tyrant, and he will want more. So we never yielded an inch.”

Gloria and Vitug also share their insights on balancing journalism and business, and share their hopes as Rappler enters its next decade. – Rappler.com