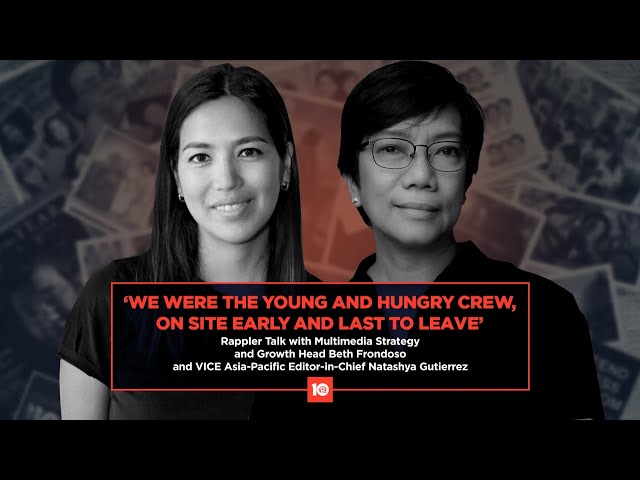 The celebration continues for Rappler’s 10th year anniversary. Since its founding, this is the first time that the four founders – fondly called the ‘Manangs’ – will sit down to talk about Rappler’s journey and their personal experiences.

In this special episode of Rappler Talk, former Rappler reporter and now VICE Asia and the Pacific Editor-in-Chief Natashya Gutierrez sits down with Rappler Multimedia Strategy and Growth Head Beth Frondoso. They talk about Frondoso’s shift from TV broadcasting to digital, and look back on Rappler’s early days.

“It’s not about trying to make the old clothes fit into a new situation, but finding new attire, new ways of doing things in this new situation. And really, it was more about having fun. Being proud of yourself, thinking out of the box.”

As head of the production team, Frondoso also talks about how the news organization has been keeping up with changes in the media landscape over the years. The two also reminisce about some of Rappler’s notable coverages over the years, and what has changed since then. (WATCH: The moments that made Rappler) – Rappler.com