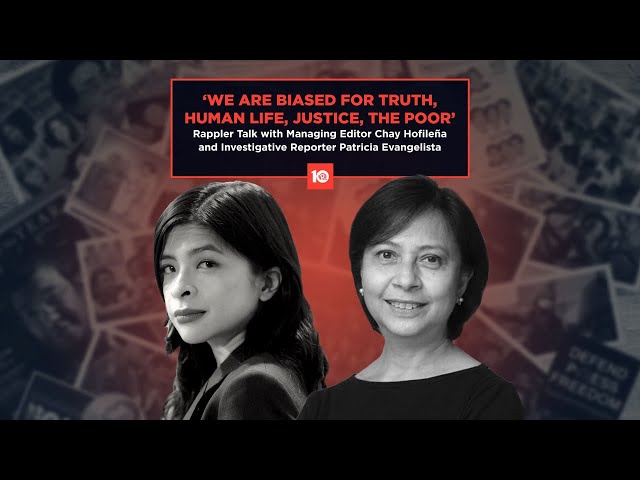 MANILA, Philippines – The celebration continues for Rappler’s 10th year anniversary. Since its founding in January 2012, this is the first time that the four founders – fondly called the ‘Manangs’ – will sit down to talk about Rappler’s journey and their personal experiences.

In this special episode of Rappler Talk, Rappler investigative reporter Patricia Evangelista sits down with Managing Editor Chay Hofileña. They talk about Rappler’s early years, including Hofileña’s time as the first head of the organization’s civic engagement arm, MovePH.

As an educator, Hofileña speaks about her vision of making a difference, Rappler’s core values, and how that much-maligned word “biased” should be perceived in the context of meaningful journalism.

“There’s nothing wrong with being biased, so long as you are biased for the right things.”

The two also look back on their notable Rappler investigative pieces, and share their hopes for the next generation of newsroom leaders. (WATCH: The moments that made Rappler) – Rappler.com