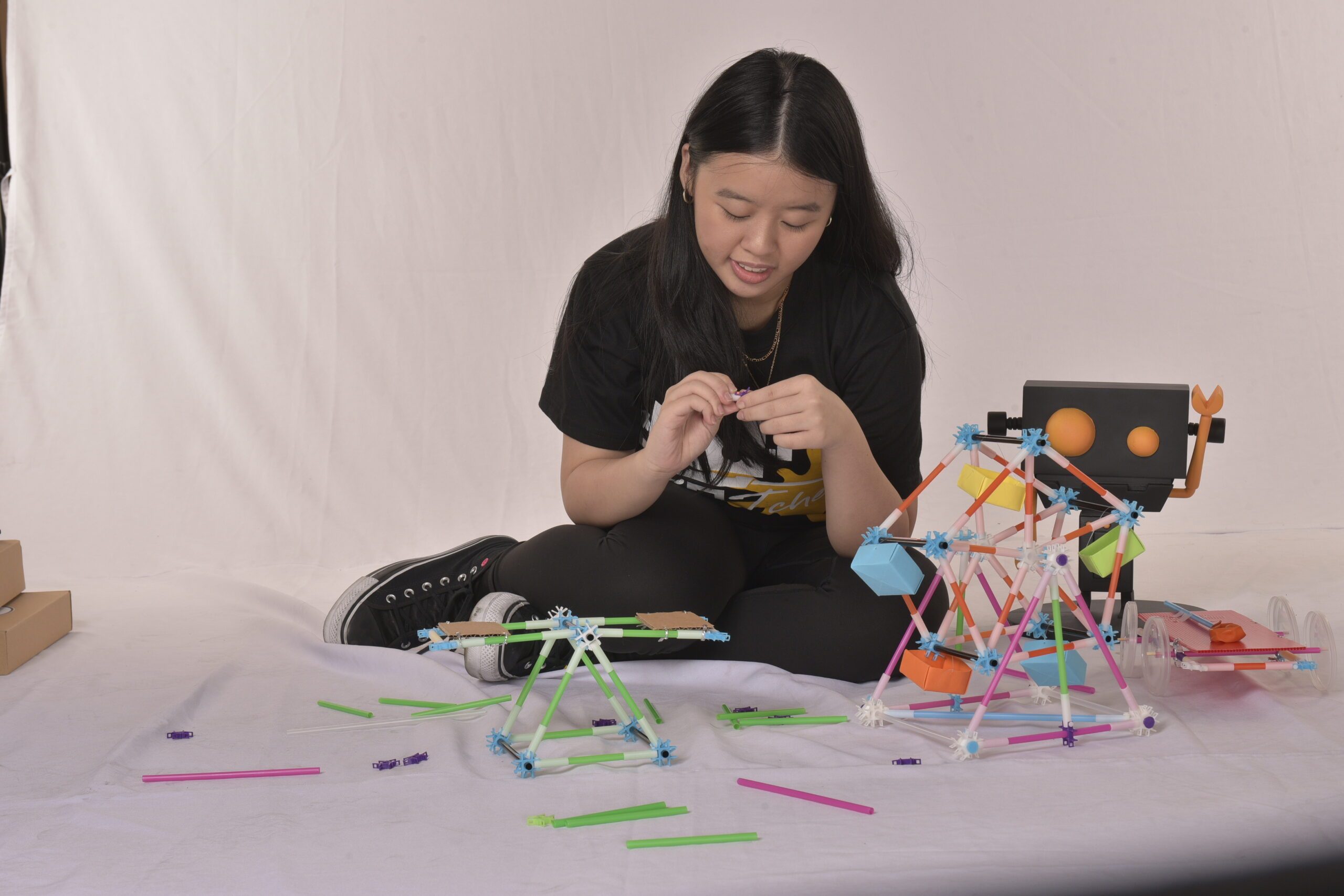 Editor’s note: CommuniCart features stories for and about MSMEs. It’s a space where small businesses can advertise at friendlier rates and also find helpful resources they can use to grow their brand. Work with us by emailing CommuniCart@rappler.com.

“In my head, it was going to be easy,” said Dani Africa, as she told me about the origins of her Science, Technology, Engineering, and Mathematics (STEM) learning company, BOTched. She set off to create her BOTched Kits – which are 3D-printed educational “building blocks” for kids – with a two-week deadline for a prototype. “Over two months passed, and I had nothing but a cabinet of failures and failed iterations.”

The 17-year-old engineering design student found her calling to pursue STEM early on in her life. Seemingly born for the career path, Africa qualified to study in the prestigious Singapore School of Science and Technology. She then continued to garner accolade after accolade, like publishing a paper on the piezoelectric effect to being part of the winning team for the Singapore VEX Robotics Competition.

Looking at her plethora of accomplishments, mistakes seemed almost implausible. But it wasn’t until she shifted her perspective on failure that she was able to fully mold and actualize her vision for her company. “That’s when the name BOTched came to me,” Africa shares.

“I got the idea for BOTched because I studied in Singapore, and I realized how utilized technology was…. at extremely young ages, they were teaching not just [the concepts of] STEM, but the application of STEM, which is what robotics is, and coding and things like that,” said Africa. Upon returning to the Philippines, she was inspired to share her enriched academic experience with other young STEM learners in the Philippines.

BOTched, a social enterprise dedicated to creating “fail-friendly” STEM learning kits and curriculums, teaches Filipino students the wonders of engineering and design thinking through a hands-on approach. The company’s principle? To learn is to try – and to try means to embrace both your successful and botched attempts.

For Africa, it’s a huge part of the innovation process, and should not be synonymous to total defeat. “If we look at every single invention ever created, especially in the tech industry, it’s really just someone who failed enough times and didn’t give up until they created something. And I think that if we don’t learn how to celebrate failures and learn how to be okay with failing, then, we’re never gonna be able to invent anything, because no one gets it on the first try,” said Africa.

First launched in April of 2021, BOTched has now grown to a six-person team conducting workshops in  schools and organizations around the metro. In a workshop with the Young Men’s Christian Association of Manila (YMCA), DepEd superintendent Dr. Magdalena Lim visited to deliver words of support for the social enterprise. “Kayo ang pioneer, pero magkakaroon pa kayo ng maraming kapatid afterwards (You are the pioneer, but you will have more siblings afterwards),” said Lim.

But for Africa, her most memorable achievement was helping change a student’s future. “At the end of that (YMCA) graduation, someone came up to me, and basically said that they have just applied to take a STEM path in their senior high school,” recalled Africa.

For her, she believes that STEM teaching in the Philippines could use a more application-based approach to make the process fun and not intimidating. Like in the BOTched workshops, the team encourages students to handle the end-to-end development of a project branching from textbook STEM theories. “They think of the idea, the concept themselves. And I think that the process is really cool, because they also brainstorm and pitch it to the trainers. And then they prototype the object,” says Africa.

In the future, Africa envisions BOTched as a blueprint to inject more application-based STEM disciplines into Filipino schools. “I’d love to see something like BOTched incorporated into the DepEd curriculum where every Filipino has access to a strong, solid, and, I think, holistic STEM education.”

At the end of the day, BOTched and its kits champion accessibility and fun, so STEM learning can become just an enriched version of play time that keeps children engaged and curious. With entrepreneurs as young and as inspired as Africa entering the market, the future is bright for a more innovative generation of young Filipinos. – Rappler.com