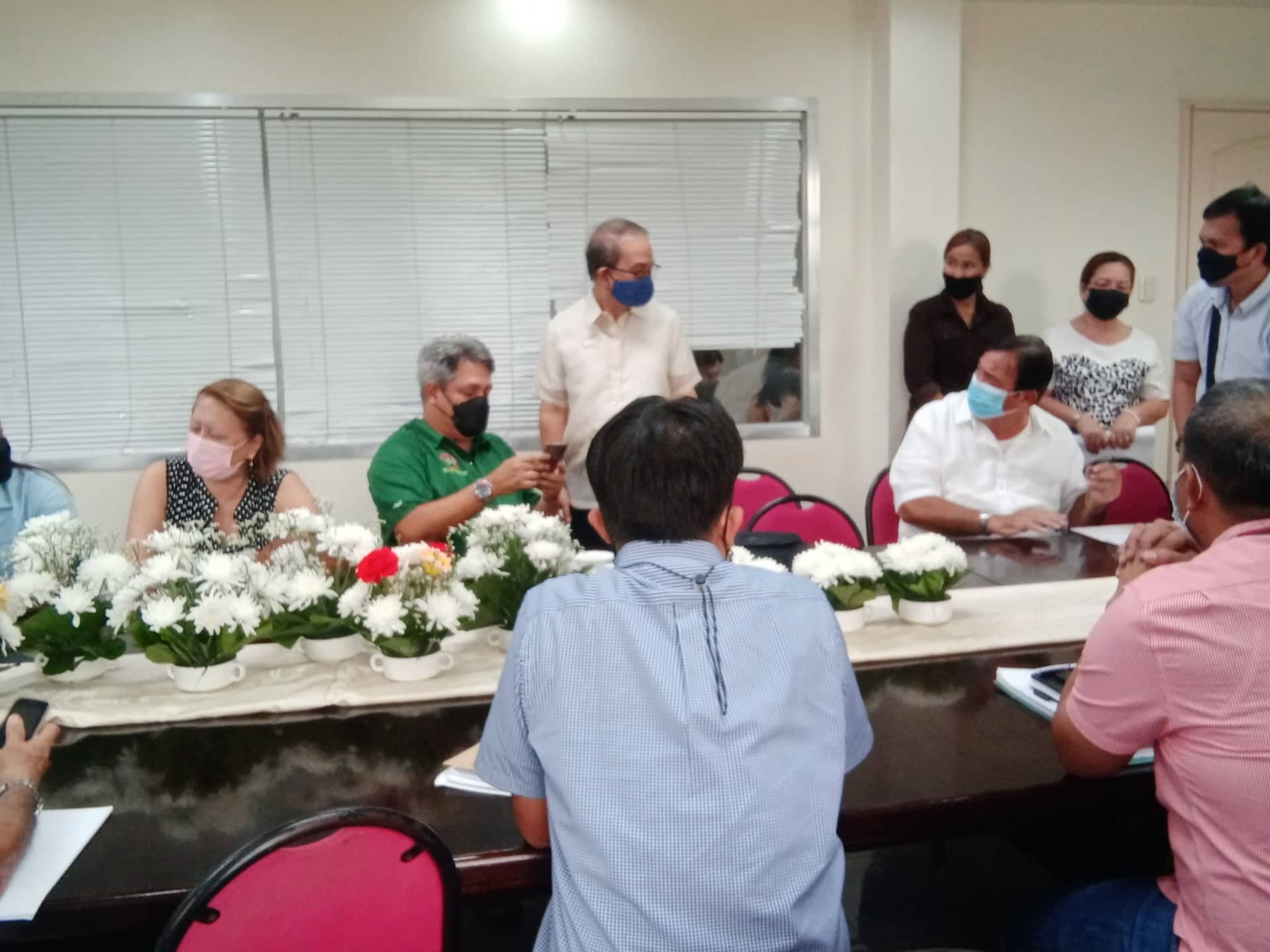 BOUGHT, FINALLY. Officials and land owners meet during the June 28 release of millions of pesos for the acquisition of property so the government could redevelop the Mati Airport that has been left unused for about five decades in Davao Oriental.

DAVAO ORIENTAL, Philippines – The government has paid P174 million for the property on which the Mati Airport has been standing idle for about five decades, signaling the start of the facility’s expansion ahead of the much-awaited commercial flights to Davao Oriental.

The provincial government released the funds from the Department of Transportation (DOTr) to the politically influential Rabat and Rocamora families whose land ownership claims kept the government from operating the airport for decades.

The payments were made on June 28, just two days before then-president Rodrigo Duterte handed over the presidency to Ferdinand Marcos Jr.

Incidentally, Mati airport was originally named Imelda Romualdez Marcos Airport – after the President’s mother who reportedly had it built in the 1970s – but the facility could not be used for commercial flights because the land it was built on was owned by private individuals.

Based on records from the provincial government, the lot acquisition cost the government P174 million. Transfer fees amounted to P20.9 million while another P3 million went to administrative costs.

With the land acquisition, DOTr officials said the government would proceed full blast with the redevelopment and expansion of the Mati Airport.

He said the government would develop the airport’s runway, and prepare it for regular commercial flights.

Zapata, however, said the DOTr would need at least P240 million more to spruce up the airport.

A bill that seeks to designate the Mati Airport as the alternative to the Davao International Airport in Davao City has been filed in the House of Representatives, according to former Davao Oriental congressman Joel Mayo Almario.

Almario called on the Mati city government to craft measures that would entice airline companies to operate at the Mati Airport as soon as possible.

“The Mati Airport must be operational, commercially, and for the local government to set the backbone and create the stimulus for commercial airlines to fly to and from Mati. Aside from the infrastructure, we need to build the right attractions for the airlines to come over,” he said.