Facebook Twitter Copy URL
Copied
New sanctions against Russia could send markets on another wild ride, as traders assess the implications for the global economy, including potentially higher commodity prices and inflation

Investors were preparing on Saturday, February 26, for more wild gyrations in asset prices after Western nations announced a harsh set of sanctions to punish Russia for its invasion of Ukraine, including blocking some banks from the SWIFT international payments system.

New measures announced by the United States, Britain, Europe, and Canada also include restrictions on the Russian central bank’s international reserves. The moves will be implemented in the coming days.

Investors have feared Russia would get kicked off SWIFT, the world’s main international payments network, as this would disrupt global trade and hurt Western interests as well as hit Russia.

“It means there is going to be a catastrophe on the Russian currency market on Monday,” said former Russian central bank deputy chairman Sergei Aleksashenko. “I think they will stop trading and then the exchange rate will be fixed at an artificial level just like in Soviet times.”

Michael Farr, chief executive of financial consulting firm Farr, Miller & Washington LLC, said of the impact on global markets, “This could be a surprise that is not taken very well if it means a slowdown in international trade.”

The news comes after a week when worries over the intensifying conflict in Ukraine shook markets across the world. Stocks tumbled and oil prices soared as investors rushed to gold, the dollar, and other safe havens.

Many of those safety moves were at least partially unwound on Thursday, February 24, and Friday, February 25, and US stock markets rallied to close up for the week.

The latest measures could send markets on another wild ride, as traders assess the implications for the global economy, including potentially higher commodity prices and inflation. The war between Russia, one of the world’s biggest raw materials’ exporters, and Ukraine has already helped push up oil prices to their highest level since 2014.

The S&P 500 is off 8% for the year to date, dragged down by worries over geopolitical strife and a more hawkish Federal Reserve.

“A lot of traders were kind of becoming convinced that the US and Europe were not taking a hard stance,” said Edward Moya, senior market analyst at OANDA. “This action will be really difficult to digest and it will really pick a nerve for a lot of investors…. A lot of the rebound we saw in the latter half of last week will be tested.” 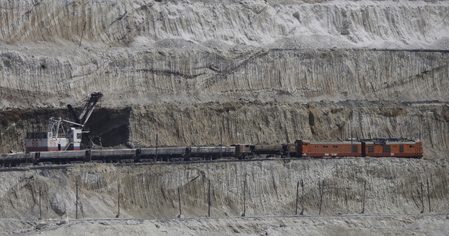 Mohamed El-Erian, part-time chief economic adviser at Allianz and chair of Gramercy Fund Management, said excluding Russia from SWIFT “has the potential to cripple the economy there” if done comprehensively.

“Inevitably there would be spillovers and spillbacks, including more of a stagflationary impetus to the global economy and greater likelihood of Russian arrears to Western companies and creditors,” he said, in emailed comments.

One likely casualty will be the Russian rouble, investors said. Russia’s currency fell to an all-time low against the US dollar in the past week, though it pared some of those losses on Friday.

“With the central bank likely to face severe constraints on currency intervention, the rouble will struggle to find a bottom,” said Karl Schamotta, chief market strategist at Corpay. “No one wants to catch a falling knife.”

Some investors, however, said the markets could put a positive spin on the fresh measures as Western troops had not joined the war.

“It’s the closest thing to a declaration of war from a financial perspective,” said Ross Delston, a US lawyer and former banking regulator. “It’s going to result in Russia being viewed as radioactive by US and EU banks, which in turn would be a major barrier to trade with Russia.” – Rappler.com