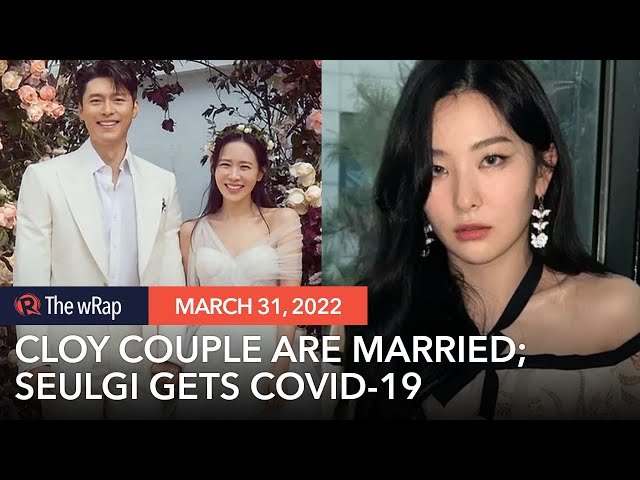 On Thursday, March 31, the reel-turned-real Crash Landing on You couple are tying the knot in a private wedding ceremony at the Aston House of the Grand Walkerhill Seoul Hotel.

The actors’ agencies VAST Entertainment and MSTeam released the adorable official wedding photos of the glowing couple, fully-dressed and ready to wed.

“Actors Son Ye Jin and Hyun Bin are holding their wedding ceremony today, taking their first step as a married couple. The ceremony will be private in consideration of the situation with COVID-19, so we ask for your generous understanding. We are sharing the news with their wedding photos instead,” the statement read.

“We express deep gratitude for the many blessings and warm support sent for their new beginning. Actors Hyun Bin and Son Ye Jin along with their agencies will continue to put in full effort to give back for the love received.”

According to the invite, the ceremony will officially commence at 4 pm, with the reception shortly after.

The on-screen lovers confirmed their relationship on January 1, 2021. A year later on February 10, they announced their engagement.

The wedding is predicted to have about 300 guests which include the couple’s family and acquaintances. Among the notable guests are actors Gong Hyo-jin, Lee Min-jung, Uhm Ji-won, Oh Yoon-ah, Jung Hae-in, Ahn Sung-ki, Park Joong-hoon, and Ha Ji-won.

South Korean singer Gummy will be singing the Crash Landing on You OST Give You My Heart, originally sung by IU, at the wedding.

The couple first worked together on 2018 film The Negotiation. They reunited in the highly successful Netflix drama Crash Landing on You in 2019. – with reports from Samantha Onglatco/Rappler.com

Samantha Onglatco is a Rappler intern.