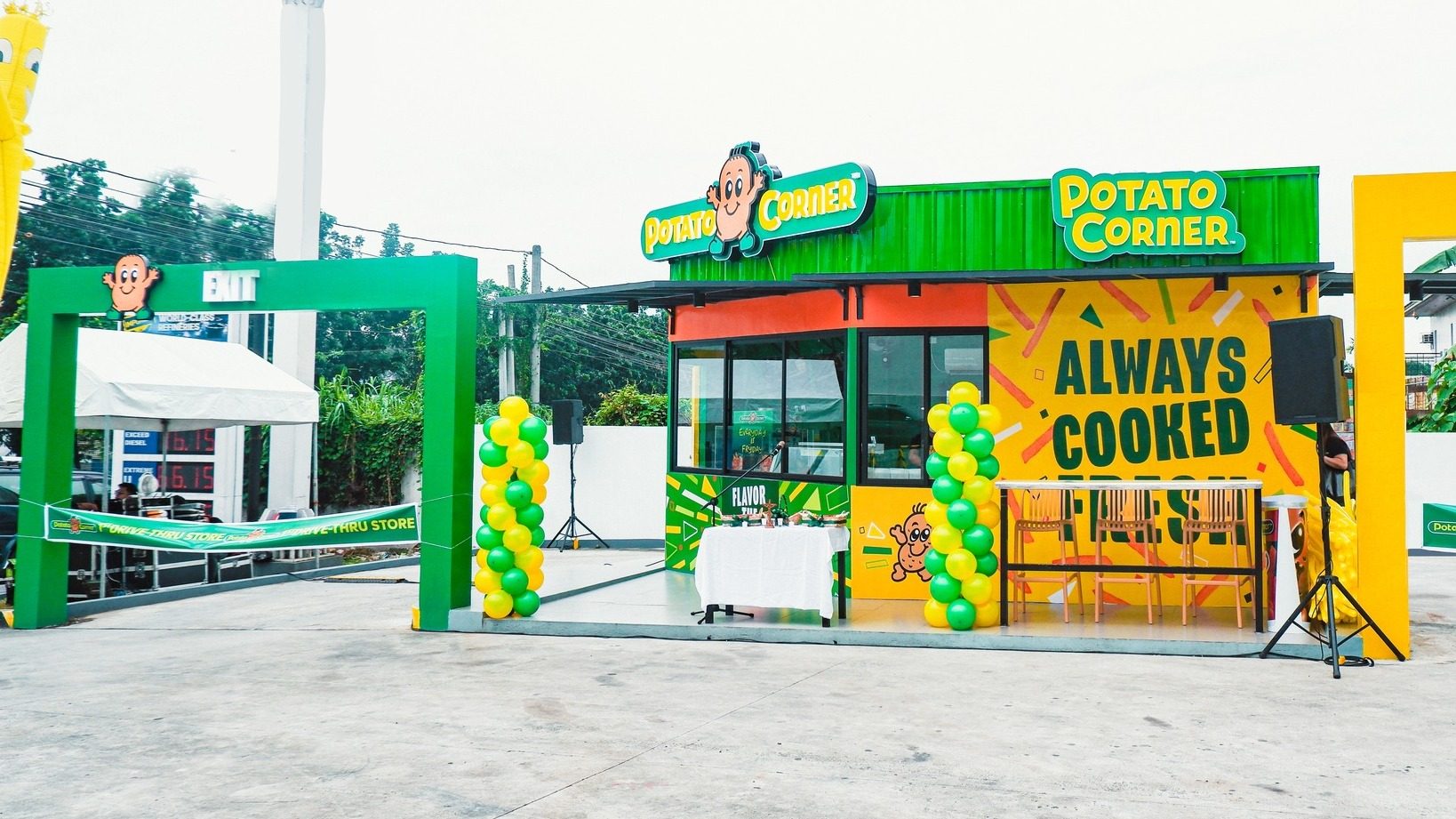 Potato Corner’s freshly-cooked French fries are available to order in sizes jumbo, mega, giga and tera in the usual flavors. Also on the menu are fries with a side of chicken yakitori or chicken pops, frozen delights (ice cream with flavored syrups), floats, soda, and flavored tea.

The next Potato Corner drive-thru is set to open in Caltex Gas Station along E. Rodriguez Sr. Avenue. Hopefully, more of them pop around the Metro!

Potato Corner opened its first Philippine store in October 1992, expanding to numerous kiosks around the country through the years. Potato Corner now has branches in 11 countries. – Rappler.com