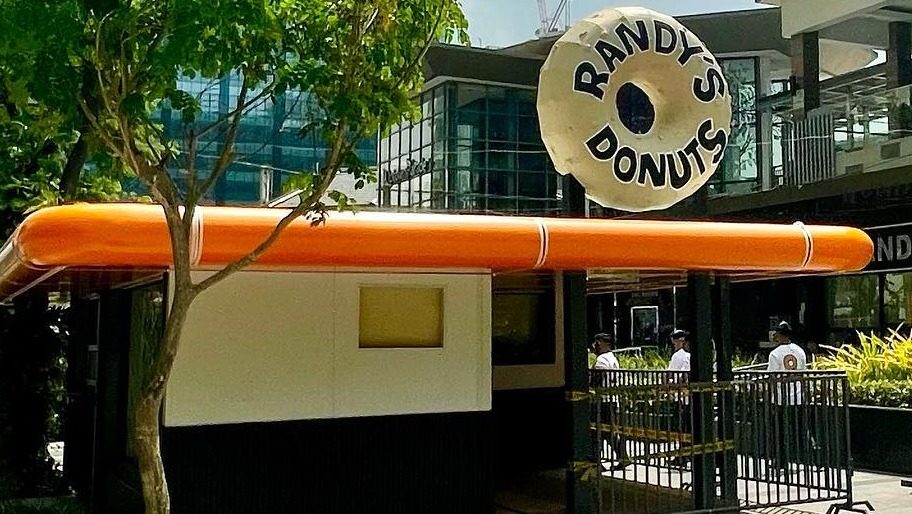 Facebook Twitter Copy URL
Copied
After temporarily pausing operations last May 25 due to supply issues, the LA-based donut brand is back in business

MANILA, Philippines – Donut worry, Randy’s Donuts is finally back in business! After the LA-based brand temporarily stopped operations at its sole Philippine branch on May 25 due to supply issues, it’s back and baking again at Uptown Parade, Bonifacio Global City, starting Thursday, June 16.

“Missed us, Manila?  (‘Cause we missed you.) The doors to #RandysDonutsPH are back open tomorrow! See you donut lovers!” the brand announced on Facebook on Wednesday, June 15.

New photos show that the brand’s iconic donut signage is finally up, and so is the outdoor kiosk for takeout orders.

As for the branch’s ingredient supply, we assume that it has been replenished, as Randy’s said that the May closure was to “replenish fresh ingredients from the US to serve its customers better.” On Facebook, the brand said it “ran out of flour” and that fresh batches were on their way from LA at the time.

The BGC branch has already sold over 70,000 donuts since its soft opening on May 10, with an average of over 5,000 donuts sold per day.

The Bistro Group announced in February that it would be bringing the world-famous donut brand to the Philippines, beside Denny’s at 38th Street. The house-made donuts served in America are available in over 40 classic, premium, and deluxe flavors, like the signature Classic Glazed Raised, S’mores, Fruit Loops Raised, Apple Fritter, Butter Crumb, Jelly Raspberry, Cake Sprinkles, and Maple Raised with Churros. New flavors have been added to the menu for the branch’s reopening.

Randy’s Donuts, which was founded in 1952, has been spotted in several Hollywood films and series, like in Marvel’s Iron Man 2, where Tony Stark (Robert Downey Jr.) was spotted within a Randy’s donut hole. The iconic store exterior has also been used in Arrested Development, Masked Rider, Entourage, The Golden Child, Get Shorty, Problem Child 2, Crocodile Dundee, The Kissing Booth, and Runaways, among other films. – Steph Arnaldo/Rappler.com

Love mango? Try this shortcake made with the sweet, golden fruit