In meeting with Duterte, lawmakers vow to pass BBL by May 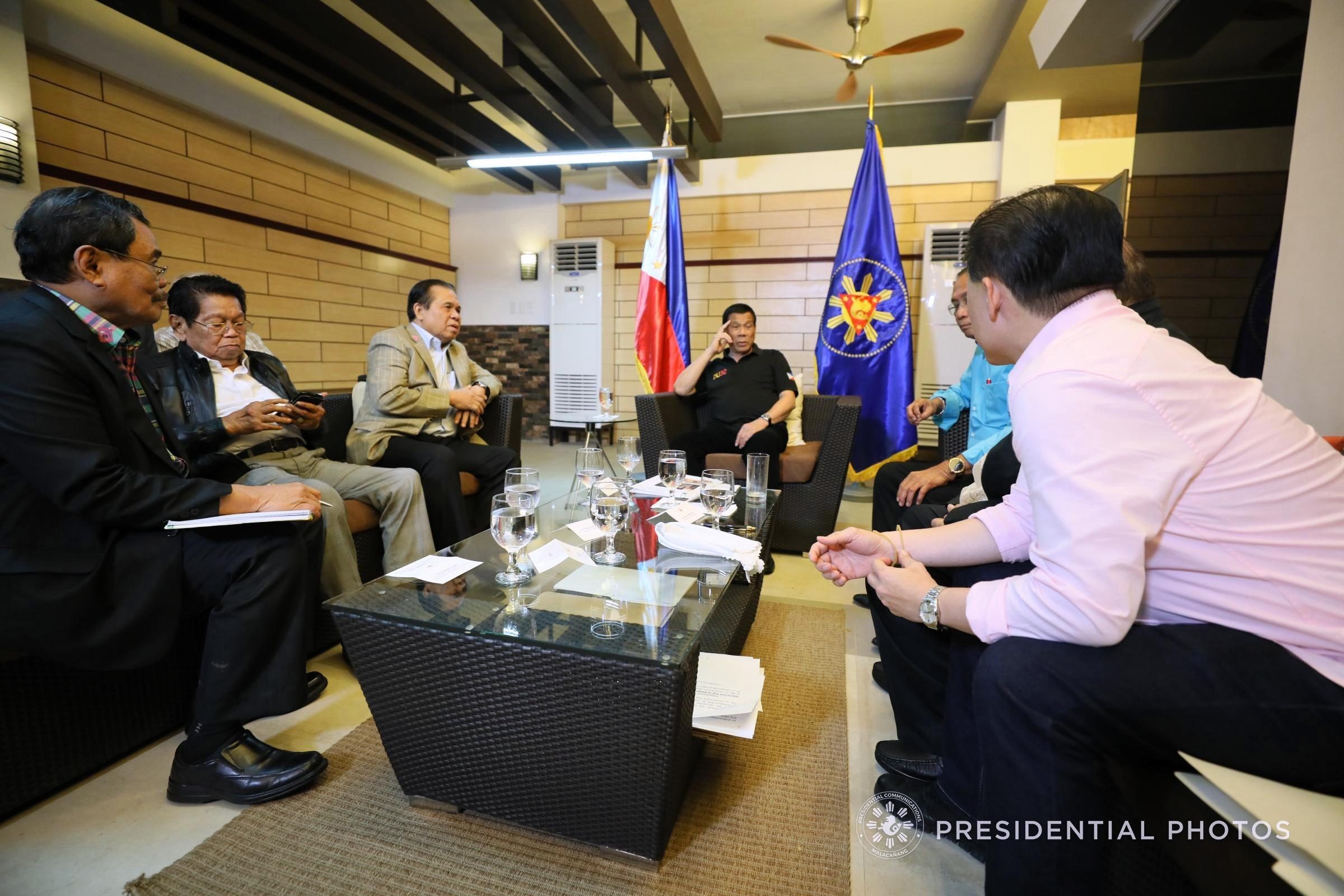 Facebook Twitter Copy URL
Copied
If Congress does not pass the Bngsamoro Basic Law, Duterte plans to use his 'residual powers' to help further the cause for peace in Mindanao, says Chief Peace Adviser Jesus Dureza

During the meeting, the group spoke on the phone with former president now Pampanga 2nd District Representative Gloria Macapagal-Arroyo and Senator Miguel Zubiri who chairs the Senate subcommittee on the BBL but was in London at the time.

Zubiri, according to Dureza, had promised that the Senate would act on the bill proposed by the Bangsamoro Transition Commission (BTC) before Congress adjourns on May 15. Congress leaders had earlier promised Duterte they would pass the BBL by end of May.

Arroyo, meanwhile, said she would pour all her support into the BTC bill which  Speaker Pantaleon Alvarez authored, going as far as withdrawing her version of the BBL.

“She said she would withdraw authorship of her previously signed bill to fast track the approval of the new version,” said Dureza in a statement.

The Tuesday meeting also “dispelled negative speculations” that arose after Duterte’s recent speech in Sulu where he voiced the possible need to divide the Bangsamoro entity into smaller regions based on tribes.

He had been worried then that Muslims of Sulu, Basilan, and Tawi-Tawi would not want to be led by Muslims from mainland Mindanao under the Bangsamoro entity.

In the meeting, Duterte “stressed the ‘inclusive’ character of the new BBL where all tribes and sectors, including non-Muslims will benefit from the new BBL when it is finally entrenched,” said Dureza.

Use of residual powers

The President promised to help in the fast-tracking of the BBL’s passage by communicating to both chambers of Congress of the need to green-light the bill and for it to be “as close as possible to the new draft law” submitted by BTC, said Dureza.

The official said Duterte is ready to use his “residual powers” in the worst case scenario that  Congress does not pass the proposed BBL.

“In the event this does not take place in Congress, he said he would go to the extent of even exercising his residual powers through administrative directives to fulfill this commitment,” Dureza said.

“If this does not get done during the presidency of President Duterte,  we seriously doubt if we can do it at all, in the future. President Duterte is now our only and last card,” he said in a press release from Dureza’s office.

Dureza said the meeting, held 4 years after the signing of the Comprehensive Agreement on the Bangsamoro (CAB), was meant to show the administration’s sincerity in implementing the peace agreement.

“This is part of the previously agreed agreement that there will be periodic and regular meeting of both sides as efforts for the eventual passage of the Bangsamoro Basic Law (BBL) are underway in both the House of Representatives and the Senate,” Dureza explained. – With a report from Mick Basa / Rappler.com