Duterte’s SONA 2018 will be ‘straight from the heart’

Jul 5, 2018 1:21 PM PHT
Pia Ranada
Facebook Twitter Copy URL
Copied
'We will all be intrigued about what the President will say,' says Presidential Spokesperson Harry Roque 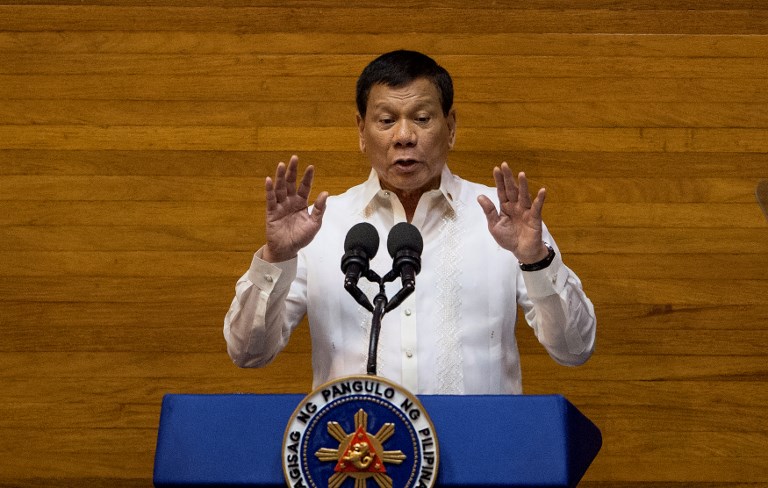 MANILA, Philippines – President Rodrigo Duterte will have more time to express his personal sentiments in his upcoming State of the Nation Address (SONA), Malacañang said on Thursday, July 5.

Presidential Spokesman Harry Roque said  in a Palace news briefing that the conduct of “pre-SONA briefings” to report on accomplishments of the administration will allow the President not to dwell on an achievement report in his third SONA, and give him more time for his personal message to the people.

“I think there is still a speech writer but I think they want it to be a message straight from the heart of the President, not hindered with the need to report on the different achievements,” Roque said.

Given Duterte’s observed habits when giving public speeches, “heartfelt” and “personal” messages often mean long extemporaneous remarks that touch on a variety of topics, not all of them connected.

Duterte will have more opportunity to personalize his speech because the Cabinet clusters will be holding briefing to discuss their achievements with the media and the public s in the days leading to the SONA.

These briefings, to take place at the Philippine International Convention Center (PICC), are meant to “give the President latitude to say whatever he wants during the SONA.”

“We will all be intrigued about what the President will say,” Roque said.

In Duterte’s two previous SONA, he read out a speech prepared by Malacañang staff which listed the achievements of each department or agency.

But he often stopped reading to say what was really on his mind – everything from rants about the media to teasing politicians in the room for not supporting him in the last elections.

Together with his off-script remarks, Duterte’s past SONAs have been long, the first one lasting an hour and half and the speech last year stretching to two hours. – Rappler.com