ALIVE. Bureau of Corrections superintendent Ricardo Zulueta poses for a photo inside his legal counsel's office in Baguio City on December 13.

Facebook Twitter Copy URL
Copied
'He came to me to prove that he is not in another [place], in hiding or dead and he is ready to answer the charges against him,' Zulueta's lawyer tells Rappler

MANILA, Philippines – Months after Bureau of Corrections (BuCor) superintendent Ricardo Zulueta was implicated in the killing of hard-hitting broadcaster Percival “Percy Lapid” Mabasa, his lawyer said the BuCor official is ready to answer allegations against him and is not in hiding.

“He came to me to prove that he is not in another [place], in hiding, or dead and he is ready to answer the charges against him,” lawyer Lauro Gacayan told Rappler on Tuesday, December 20.

Gacayan added that the BuCor official is awaiting the Department of Justice’s (DOJ) resolution before responding to allegations being thrown at him: “We have to await the resolution of our motion for inhibition to be sure where to file the counter-affidavit – DOJ or Office of the Ombudsman.”

Zulueta’s legal counsel was pertaining to the motion filed by suspended BuCor Director General Gerald Bantag, which is seeking the inhibition of DOJ prosecutors from their cases. Bantag, on December 5, asked the prosecutors to stop handling the case.

The BuCor official also surfaced in a Facebook post of Gacayan. The legal counsel told Rappler that the photos were taken on December 13, at around 12:57 pm, inside Gacayan’s law office in Baguio City.

“I believe that like their earlier allegation against General Bantag that he is ‘in hiding’ is because the people in Baguio told him ‘MATAGO TAGO KA GENERAL,’ they are again misled this time,” Gacayan said in his post. “Just want to be clear about it. My client is not in hiding abroad or already dead!!!”

Both Bantag and Zulueta, along with 10 persons deprived of liberty (PDL), are facing murder complaints over the deaths of Lapid and Jun Villamor, the alleged middleman in the Lapid case. Villamor was killed inside the New Bilibid Prison shortly after self-confessed gunman Joel Escorial surrendered.

Bantag and Zulueta are being pinned as alleged masterminds in the case. Authorities said the two allegedly asked the PDLs to carry out the plan to kill Lapid.

When the complaints were filed against the BuCor officials, authorities said Zulueta already went into hiding. On November 9, Justice Secretary Jesus Crispin “Boying” Remulla said both Bantag and Zulueta remain in the country.

Two days later, Bantag surfaced and retaliated against Remulla. The suspended corrections chief had urged the DOJ chief to resign and accused him of being marijuana user. 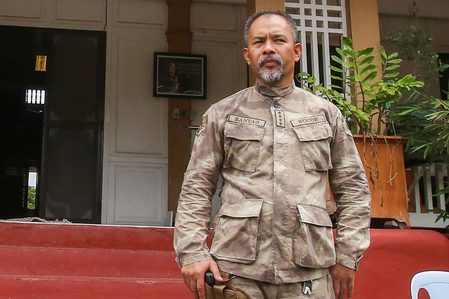 Despite Bantag’s appearance, Zulueta remained a no-show. On November 22, Remulla said the authorities are “still presuming” that Zulueta is still alive.

Zulueta also did not appear during the preliminary investigation of the case on November 23 and December 5. – Rappler.com