Cayetano counterstrike: Phisgoc open to probes, but not ‘witch hunts’ 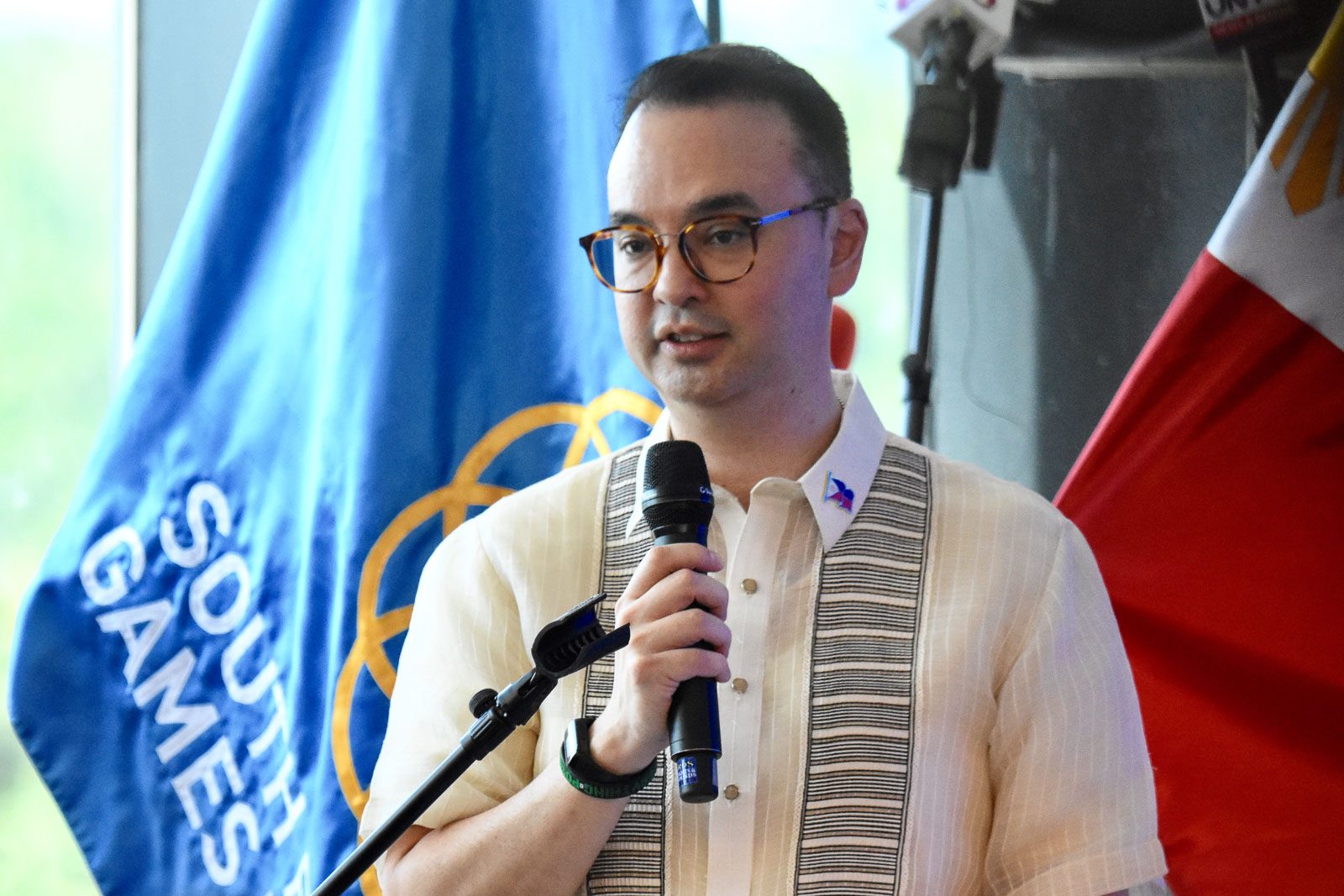 Facebook Twitter Copy URL
Copied
Alan Peter Cayetano, chair of the body that organized the SEA Games, challenges senators to resign if they fail to show proof of the alleged anomalies

Ousted House speaker Alan Peter Cayetano did not mince words against his critics after an opposition senator sought for a probe into the facilities used in the 2019 SEA Games, whose organizing body he headed.

The Philippine SEA Games Organizing Committee (Phisgoc) chairman said on Wednesday, November 11, that they were open to investigations on the alleged anomalies, but not to “witch hunts.”

“So is Phisgoc open to any investigation? Yes. Eh bakit po may mga masasakit na salita din versus that? Because we’re open to investigation, but we’re against witch hunts. Magkaiba ‘yung dalawang ‘yun,” said Cayetano during the turnover ceremony for the 30th SEA Games Final Report book held in his bailiwick Taguig City.

(So is Phisgoc open to any investigation? Yes. But why are there hurtful words being thrown around against that? Because we’re open to investigation, but we’re against witch hunts. Those are two different things.)

A day earlier, Senator Risa Hontiveros urged the Senate to launch a probe into a P9.5-billion loan allegedly “facilitated” by the Bases Conversion and Development Authority to build sports facilities at New Clark City for the SEA Games.

Hontiveros asked if the project would end up becoming a “white elephant” – useless yet costly to maintain.

The Taguig City-Pateros congressman himself told senators he was willing to go to jail if they found anomalies in the country’s hosting of the SEA Games.  Otherwise, he challenged them to resign.

“If there are senators or if anyone wants to meet my challenge, why not? May oras ako ngayon. Isa-isahin natin, at ‘pag may nakita kayo, ikulong ‘nyo ako or itigil natin ‘to kung ni singko kumita kami dito,” Cayetano.

(If there are senators or if anyone wants to meet my challenge, why not? I have time now. Let’s go through the issues one by one and if you find anything, jail me. Or let’s stop this if you find out that we earned even just a single centavo here.)

“But kung hindi, ano naman ang penalty ‘nyo? Magre-resign kayo,” he added.  (But if you don’t find anything, what’s your penalty? You should resign.)

A Rappler in-depth story showed the money trail for at least P6 billion worth of SEA Games funds trailed Cayetano during his days as Department of Foreign Affairs secretary to the Philippine Sports Commission, which signed an agreement that mandated it to disburse funds to Phisgoc.

Phisgoc also had in its disposal P1.5 billion that did not go through public bidding. The funds were categorized as financial assistance and as such, were exempted from the coverage of the procurement law.

Cayetano, however, has long maintained he did not earn a single centavo from the SEA Games. He also said he was willing to have the funds undergo a special audit by the Commission on Audit.

In the same speech, Cayetano accused the members of the Philippine Olympic Committee (POC) of resorting to politicking in the wake of the SEA Games.

A CNN Philippines report said POC members are now eyeing to file legal charges against Phisgoc for its failure to submit financial statements on the SEA Games.

(So to those members who sued us in court: You will lose face. Why? You said you want a financial audit, but it’s already ongoing. Even if you talk to auditors, it will take them a week or two to finish.)

Velasco and Cayetano were embroiled in a bitter rivalry for months after the latter refused to honor their term-sharing agreement for the speakership – a deal brokered by Duterte himself.

After Cayetano’s political maneuverings turned off House members, Velasco successfully staged a coup against him on October 12. (READ: INSIDE STORY: Cayetano’s hubris turns Batasan into the House of Lord)

Velasco would later say in a television interview that should any legislator file a resolution calling for a House probe into Phisgoc, the chamber would not have any choice but to conduct the investigation. – Rappler.com