Aspirants for the 2022 polls who post content during the campaign period on their online accounts which do not have verification badges from social media platforms will not be held liable for election offenses, the Commission on Elections (Comelec) said on Monday, December 13.

The clarification came after the poll body released a resolution in November stating that only verified online pages may “run electoral ads, and boost or promote electoral posts.” It also required candidates to register with the Comelec the web address of all their “platform-verified official accounts.”

“They can, because that’s not an ad,” he added.

Comelec Resolution No. 9006 – the implementing rules and regulations of the Fair Elections Act in connection with the 2022 vote – defines electoral ads and electoral posts as “advertisements and social media posts that have for their primary purpose the promotion of the victory or defeat of an official candidate.” 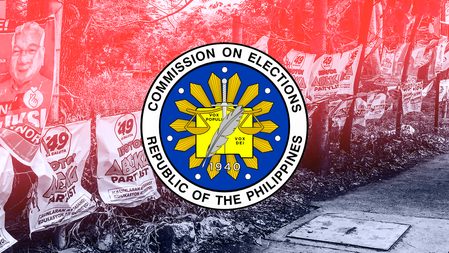 “Google does not accept campaign ads, for example. If they post it on another platform and they are able to post it, I assume they have been verified because platforms require verification of their page,” Jimenez added.

Criticism of the new Comelec guidelines covering social media campaigning gathered steam over the weekend, after aspirants for national elective posts called on their supporters to help them get 100,000 Youtube subscribers, the platform’s threshold for verification.

Some observers had argued that the new Comelec policy will further unbalance the playing field, at the expense of candidates with fewer resources.

But Jimenez dismissed these concerns.

“It doesn’t cost official candidates money to be verified and verification will aid in establishing accountability for the information these candidates put out,” he tweeted on Saturday, December 11.

The Comelec spokesman also said it will work with YouTube to make the verification process easier for 2022 aspirants.

Jimenez guaranteed that the video streaming giant is ready to give badges to every 2022 Philippine elections candidate who will register their channel with the poll body.

This means that YouTube could issue verification badges to as many as 18,000 election aspirants, which is the number of politicians gunning for an elective post in the May 9, 2022 vote.

As for verification of candidates’ accounts on other social media platforms, Jimenez said on Monday, “We will be talking to [these platforms].”

The campaign period for national aspirants next year is from February 8 to May 7. Local aspirants, meanwhile, may begin campaigning on March 25. – Rappler.com