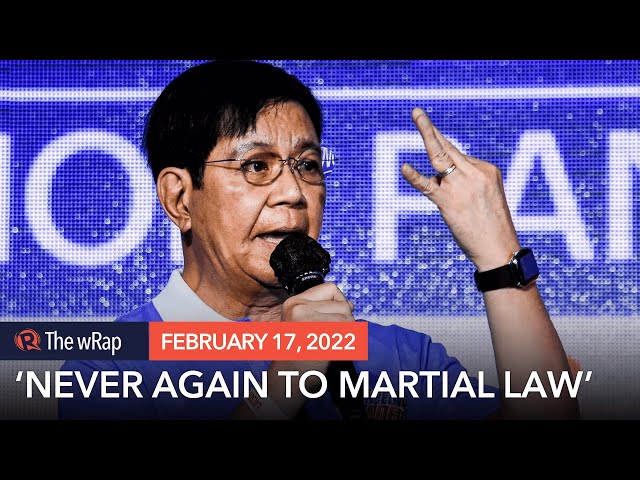 MANILA, Philippines – Some 36 years after the overthrow of dictator Ferdinand Marcos, Senators Panfilo Lacson and Vicente Sotto III reminded Filipinos that the strongman’s Martial Law regime was a dark time in Philippine history.

“The first few weeks were okay, but, over time, it was abused and abused, until it reached the People Power Revolution,” Lacson said. 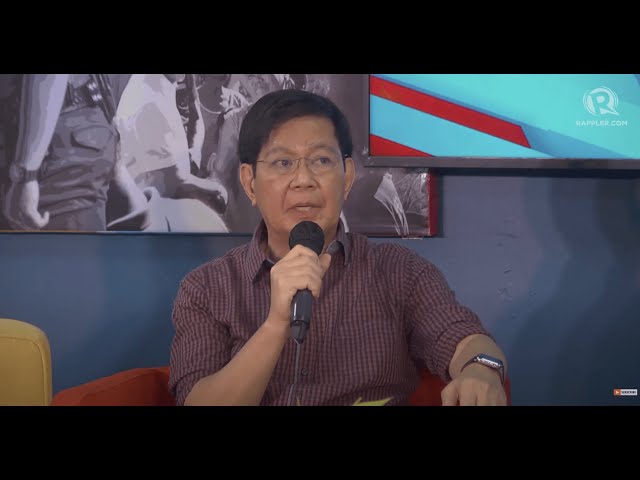 The People Power Revolution’s 36th anniversary will be celebrated on February 25. Lacson said the uprising was a lesson against granting any leader absolute power. The EDSA People Power Revolution was a series of popular demonstrations that led to the toppling of dictator Marcos after decades of abuse of power. Under his regime, Marcos, his family, and his cronies stole around P300 billion from the country and his government was linked to at least 3,240 killings, 34,000 tortures, and 70,000 imprisonments, which were mostly abusive of human rights.

The dictator Marcos’ son and namesake, Ferdinand “Bongbong” Marcos Jr is currently the frontrunner in the presidential race, according to established polling firms. His candidacy is elevated by loyalists of his father nostalgic of his 20-year rule.

Under the Marcos regime, Lacson was a member of the Military Intelligence Security Group (MISG), an infamous unit that was behind the torture and disappearance of activists and critics of Marcos. Lacson earlier said he was not involved in the torture of political prisoners but in kidnap-for-ransom, robbery, and common crimes cases. Meanwhile, Senate President Vicente Sotto III, then an actor and musician, recalled composing EDSA anthem “Magkaisa” amid the revolution’s politically charged atmosphere, when soldiers and activists both poured out into the streets.

Sotto then contested the use of the term “revisionism” in efforts to discredit the stories of abuse under Martial Law. The Senate President said it was simply “disinformation.”

Ahead of Marcos’ candidacy, a crop of social media influencers has emerged, churning out baseless pro-Martial Law propaganda. Benefitting from this, the Marcos family continues to deny knowledge and reject culpability in the dictatorship. – Rappler.com