Facebook Twitter Copy URL
Copied
'Dahil she is a mother she wants to make sure that the children are well-trained and well-educated and that is the best motivation that we can hope for,' says Marcos Jr. 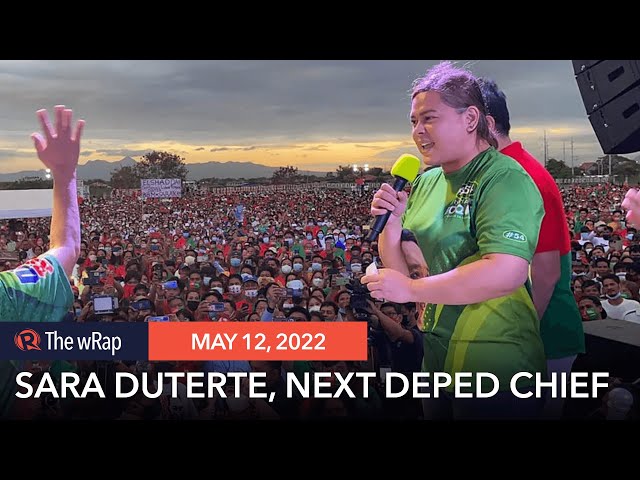 “I have been authorized to announce the first nominee that we will be giving to the Commission on Appointments when the time comes, should I be proclaimed, and that is that the incoming vice president has agreed to take the brief of the Department of Education,” Marcos Jr. told media in a 7-minute statement Wednesday evening.

Marcos Jr. did not take questions.

It was not clear whether Duterte asked for DepEd.

(I asked her if she wants the job because it is hard to be a Secretary of Education but she agreed, and I think part of her reason was because she is a mother.)

“She wants to make sure that the children are well-trained and well-educated and that is the best motivation that we can hope for,” he added.

Marcos Jr. said one of the priority appointments for the transition would be the economic team.

“As I am sure you can imagine, the economic managers are going to be critical for the next several years because of the pandemic and the economic crisis, so that is something that we are looking at very carefully,” he said.

It was Marcos Jr. who first floated that Duterte wanted to be defense secretary, but the presumptive vice president said through her spokesperson Wednesday that she has “not expressed preference for any Cabinet position.”

“We fully recognize that the choosing of Cabinet positions is within the discretion of the President,” said Liloan, Cebu Mayor Cristina Frasco, Duterte’s spokesperson.

Duterte, during the campaign, had expressed supporting a law that would make military service mandatory for Filipinos when they turn 18 years old. Critics hit the remark as Duterte “showing her true militarist nature.”

Marcos Jr. only began talking to his team about transition Wednesday afternoon, saying that he is open to taking into his Cabinet people who belong to the opposite political fence.

“I am keeping our ExeCom (executive committee), who ran the campaign, sila talaga mga adviser ko (they are really my advisers). We’re keeping the ExeCom going, they will be the core group. I’m thinking each department, we will have to talk to a specialist in that sector,” he said.

Details of who his core people are have been sparse during the campaign but Marcos Jr. was always seen with former Davao del Norte Representative Anton Lagdameo. Former Abakada Representative Jonathan dela Cruz advised the campaign on energy. Vic Rodriguez was the spokesperson, and Benhur Abalos was the campaign manager.

Earlier Wednesday, Rodriguez said transition talks are only just beginning because they did not “allow ourselves to look beyond May 9.”

“Maraming nag-signify ng kanilang kahandaan na magsilbi at maglingkod sa ating gobyerno, sa ating bansa, sa pamunuan ni (Many people signified their readiness to serve the government, the country, under the leadership of) president-elect Bongbong, but again, we did not allow ourselves, especially president-elect Bongbong did not allow himself to look beyond May 9 because that is his character, that is his person, he is unassuming,” said Rodriguez.

He said that there has been no coordination yet with the outgoing administration of President Rodrigo Duterte.

(It can’t just be us with the transition team, when the camp who will transfer the government has no transition team yet. If they have, we still have no formal or official coordination.) 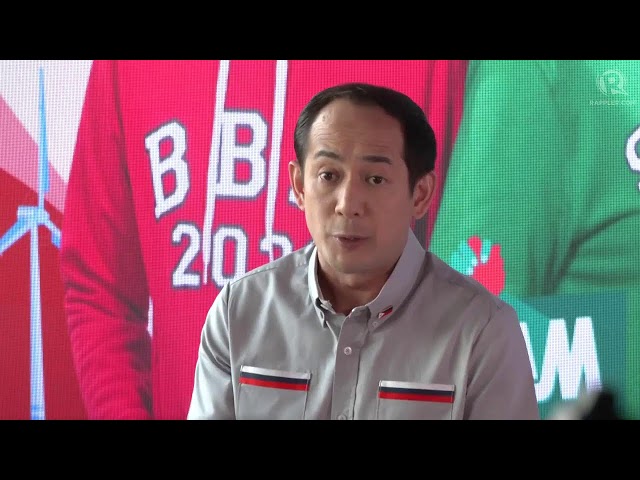 The business community has expressed some fears about investments dropping should Marcos Jr. win, and when his victory became apparent, there were different market reactions like investors selling off stocks in media. Marcos Jr. is averse to independent media, and on Wednesday, Rodriguez ignored some questions from the press.

“It’s so difficult to be answering questions that are covered by too general assertion according to investors. I’m just being careful because remember we’re talking now about the economy and konting masabi mo lang ay gagalaw ang ekonomiya (any little thing you say can move the economy),” said Rodriguez.

The Philippine Daily Inquirer reported Tuesday, May 10, that global financial service JP Morgan dropped the Philippines to the bottom of its list of Southeast Asian nations to invest in. The report was given to clients Tuesday morning. Marcos Jr.’s win became very apparent Monday evening, May 9.

“You’re getting it all wrong. The context is all wrong. They will come out with an explanation. Sorry to cut you short but JP Morgan did not mean it that way,” said Rodriguez.

Evasive of the independent press, Rodriguez said the transition team will also still have to discuss what the setup would be for media. The campaign has blocked access to media throughout the campaign, and gave preferential treatment to vloggers which amplified their propaganda, particularly those that whitewashed the bloody Martial Law of Marcos Jr.’s father, the late dictator Ferdinand Marcos.

“We have to find out first what their current setup is and if it’s working, then I don’t think we have to tweak it. But if needs some improvement, absolutely we will improve it [to] let our friends from the media have more access to government and governance,” he said in the same press conference where he ignored questions from Rappler.

Will vloggers be accredited as part of the Malacañang Press Corps?

“If that’s the set up I don’t see any reason bakit dapat natin baguhin if it’s not the set up now, I think it’s a good point that you have raised maybe we should also consider. The vloggers kasi nga nag-transition na rin di ba from media that we used to know nagshift na to digital platform,” said Rodriguez.

(If that’s the setup I don’t see any reason why we should change it. If it’s not the setup now, I think it’s a good point that you have raised, maybe we should also consider. Vloggers, we have already transitioned from media that we used to know has shifted to a digital platform.) – Rappler.com