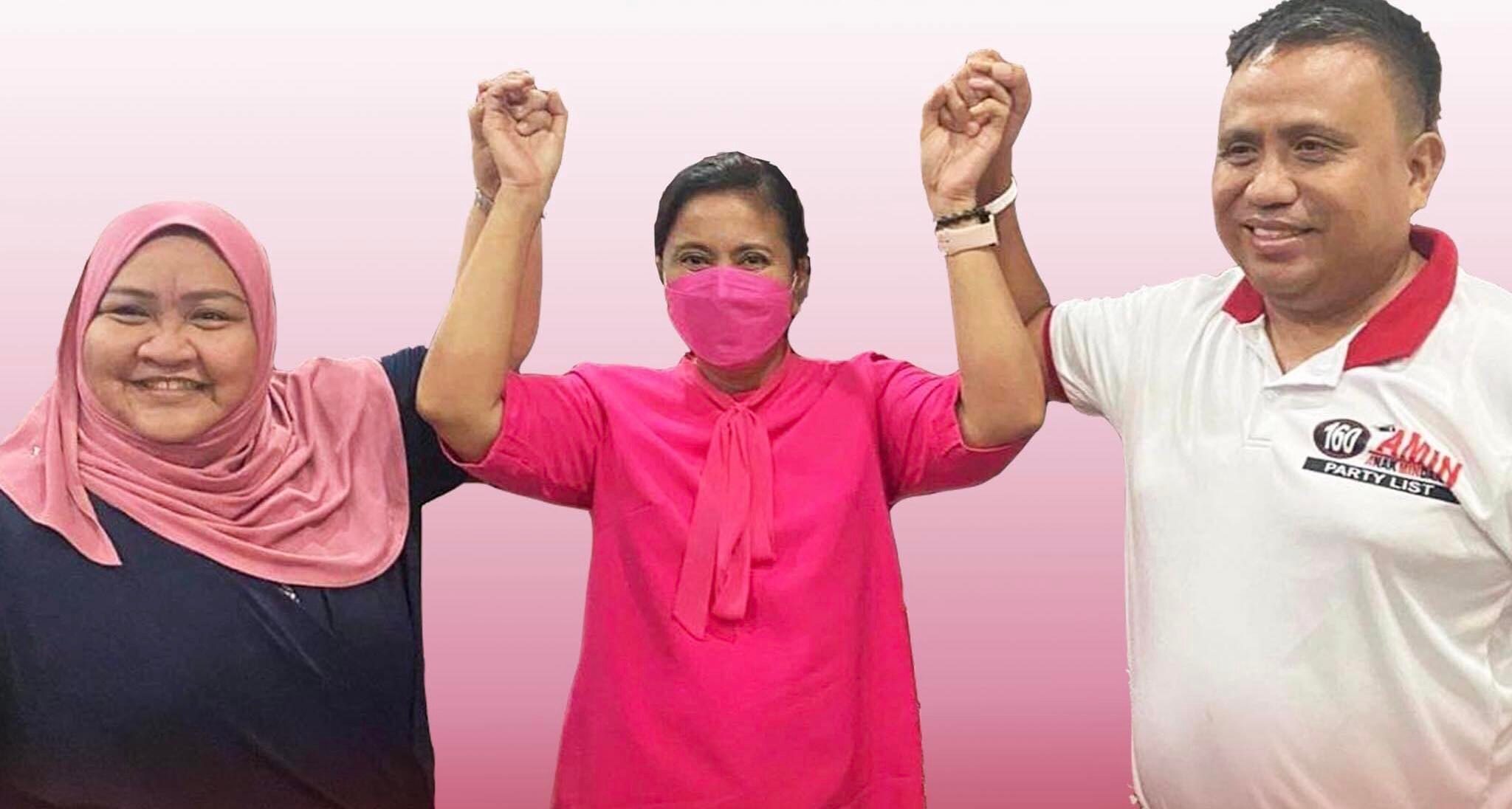 The Anak Mindanao (Amin) party-list said it would go all-out for Robredo as it campaigns for seats in the House of Representatives to represent marginalized groups of Mindanaoans.

Ernesto Ubando Jr., Amin’s second nominee, said the group came out with its support for Robredo because of how she has been consistently helping farmers and fisherfolk in Mindanao as vice president despite the limited resources of her office.

The group describes itself as a political party of the marginalized sectors of the youth, women, senior citizens, overseas workers, urban poor, farmers, fisherfolk, workers, professionals in Mindanao. Its current representative is Amihilda Sangcopan.

The group considers itself strong in western Mindanao, and with a considerable following in Marawi City and Lanao del Sur where Sangcopan, its current representative, is from.

“She (Robredo) has given logistical support to farmers and fisherfolk without counting the cost… especially to those in the agri-industry,” said Ubando who hails from Zamboanga City.

Amin said it would step up its campaign for Robredo, and for seats in the House of Representatives across Mindanao during the remaining two weeks before the elections.

“Two weeks are still important. A lot of things can still happen until May 9. It could be that we can bring in more supporters or some would switch sides. Others could change their minds. We can’t take chances. We cannot afford to allow our poor children in Mindanao to suffer in poverty,” Ubando said. – Rappler.com