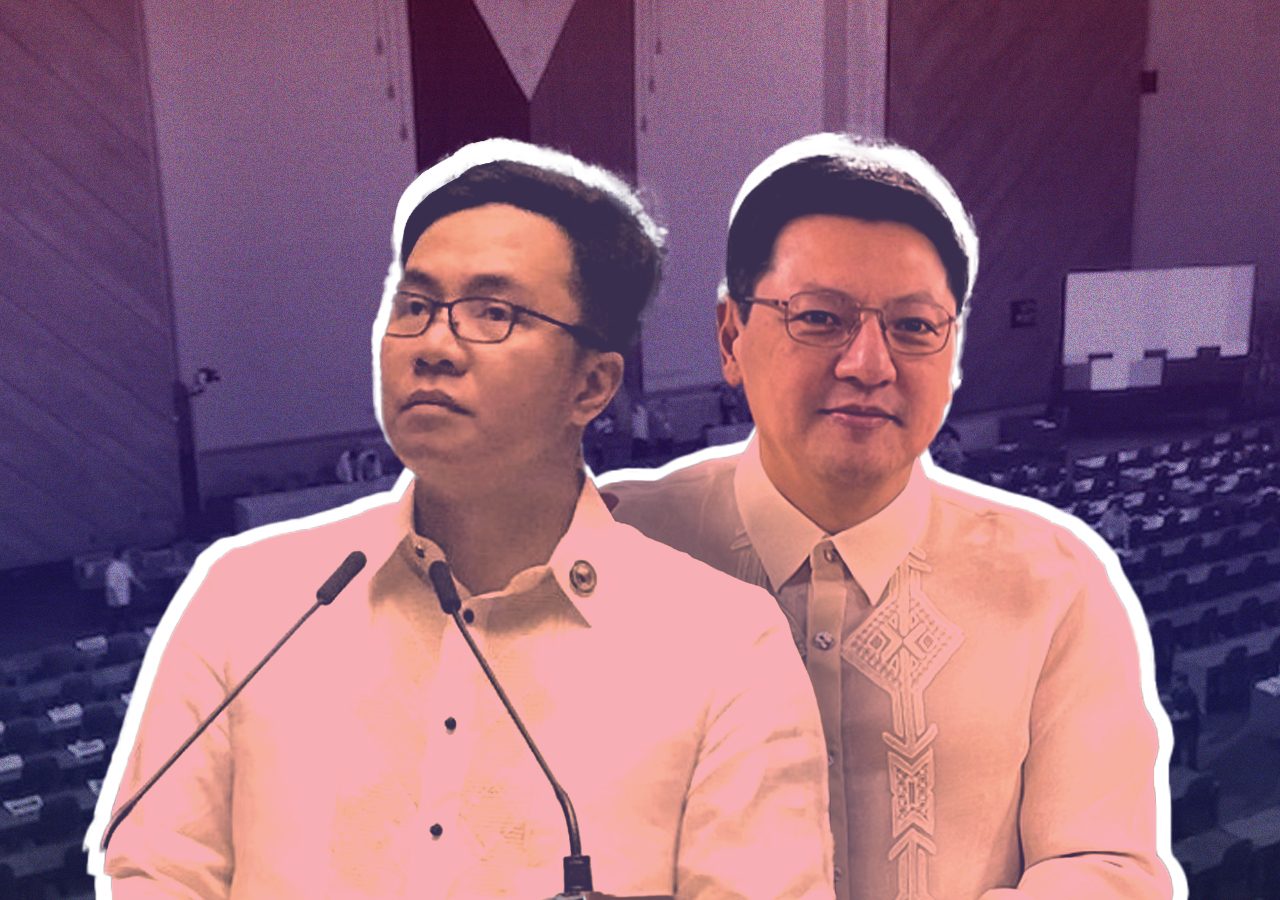 Facebook Twitter Copy URL
Copied
Two factions of the party-list group Magsasaka are embroiled in a power struggle over who should take the seat it won. The issue has reached the Supreme Court.

MANILA, Philippines – A messy internal conflict in a party-list group representing Filipino farmers has reached the Philippines’ highest court, paving the way for what could be a tedious legal battle between two factions.

After Magsasaka landed in the winning circle of the 2022 party-list race, the power struggle has grown more intensely because at stake is one seat in Congress.

But why was the feud elevated to the Supreme Court, and how did it start?

A relatively young organization, Magsasaka clinched a seat in the 18th Congress in 2019, ranking 10th in a 134-way race. Its representative back then was lawyer Argel Cabatbat, described in reports as the child of farmers in Nueva Ecija.

Only months later, he wound find himself leading one faction of the group, while the other is managed by its national chairman, Soliman Villamin Jr.

Between June and December 2019, Magsasaka expelled Villamin from its set of officers, and entirely from the group, supposedly due to his role in an investment scam that took advantage of overseas Filipino workers, according to Cabatbat.

Villamin, in filings with the Commission on Elections (Comelec), had argued that his expulsion was illegal and unceremonious.

For the 2022 elections, both factions of Magsasaka filed manifestations to participate in the party list, leaving the Comelec to decide which wing it would recognize.

On November 25, 2021, the Comelec’s 1st Division ruled in favor of Villamin, saying he was the duly authorized representative to file documents in relation to Magsasaka’s participation in the 2022 polls.

The May 9 vote pushed through with the Comelec en banc unable to resolve the case with finality. So when Magsasaka was proclaimed as among the winners of the party-list race, an awkward scenario ensued: representatives of both factions went on stage, not to receive the certificate, but just to look at it.

On September 9, the Comelec en banc affirmed its division ruling from almost a year ago, denying the motion for reconsideration filed by Cabatbat’s camp.

Comelec Chairman George Garcia and all four commissioners at the time backed the Comelec ruling.

On October 10, the Comelec issued a certificate of proclamation to Villamin’s ally Robert Gerard Nazal Jr., owner of a mining company. The move allowed Nazal to finally take his oath as Magsasaka’s representative in the 19th Congress.

This news did not sit well with Cabatbat, who claimed it was dumbfounding that a man who supposedly postured as nominee of Pasahero, another party-list group which lost in the 2022 elections, gets to ride on the success of Magsasaka.

“Proclaiming Nazal is against the law because he is not a member of Magsasaka,” Cabatbat said on October 12. “He is not among those who helped campaign for farmers’ rights.”

But the Villamin wing, in its rebuttal, asserted that Cabatbat’s attempts to “make sensational claims” reeked of desperation.

“Cabatbat has no authority to determine who the official members of the party-list are, given that he and his splinter group have been disavowed by the Comelec,” the Villamin faction said also on October 12. “For the record, Mr. Nazal has been an esteemed member of the rightful, Comelec-approved Magsasaka for quite some time.”

Comelec records also showed that Nazal was not a nominee of Pasahero.

The status of the feud

As the saying goes, all roads lead to the Supreme Court.

On October 20, the Supreme Court issued a status quo ante order in favor of Cabatbat’s camp, basically preventing Nazal from hitting the ground running in Congress.

The order specifically moved to “maintain status quo” prior to the issuance of a National Board of Canvassers resolution dated September 14 that recognized Nazal as Magsasaka’s nominee.

“We may have won in the first step in the Supreme Court, but remember that our enemy is very powerful and capable. But the truth is the most powerful tool we can use to prevent a pretender from robbing us of our voice in Congress,” Cabatbat said in a statement.

John Paul Nabua, acting spokesperson of the Villamin faction of Magsasaka, countered this, saying, “The SC order isn’t a setback for the Villamin faction because that doesn’t change the fact it is the one duly recognized by the Comelec, and we believe that the High Court will also eventually rule in our favor.”

As for the Comelec, whose main office was witness to protests organized by pro-Cabatbat farmers, it said it would abide by the Supreme Court order.

“We will refrain in the meantime from issuing any document recognizing Mr. Nazal as the legitimate nominee of Magsasaka,” Chairman Garcia said. – Rappler.com