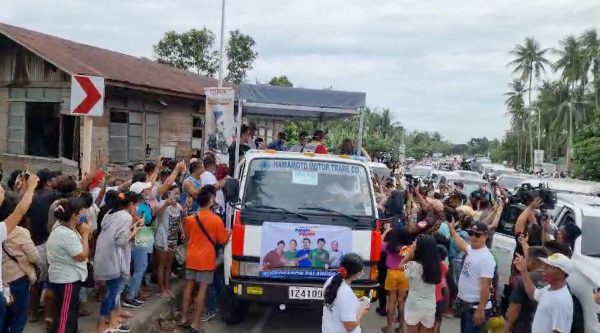 MEETING THE PEOPLE. Presidential bet Manny Pacquiao holds a motorcade before going to his Dumaguete rally.

Speaking to reporters in Dumaguete City on Saturday, April 2, Pacquiao was asked to comment on Bangsamoro interim chief minister Ahod “Al Haj Murad” Ebrahim’s statement that Muslims “relive the pain of the dictatorship” if they hear the Marcos name.

Ebrahim is also the chief of the Moro Islamic Liberation Front.

(Let us not forget that, because they really tried to bury the memories of what their family did. For the younger generations, I hope they do not forget that a number of people lost their lives.)

The infamous Jabidah Massacre was when over 20 Muslims from Sulu and Tawi-Tawi, recruited to be part of a botched plot to reclaim Sabah, were gunned down in Corregidor after they protested their poor living conditions. This sparked the decades-old rebellion in the South.

Jabidah and Merdeka: The inside story 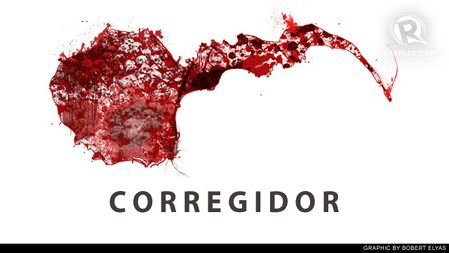 Pacquiao was in Dumaguete City on Saturday to hold his biggest rally yet as Negros Oriental 3rd District Representative Arnolfo “Arnie” Teves Jr. promised the presidential bet numbers on May 9.

Teves, a Pacquiao endorser, is part of the “original” PDP-Laban and appeared at Pacquiao’s proclamation rally in General Santos City in February.

“You know, they can say whatever they want (about the island being a Marcos Jr. country). I promise you, Manny will be number one here. 1,000%,” he said.

Negros Oriental has over 930,000 registered voters. Some 18 local chief executives from the province have reportedly backed Marcos.

As of 6 pm Saturday, the Dumaguete police estimated that around 6,000 people were waiting for Pacquiao to arrive at the RUSI Ball Field for the grand rally.

Even though this number is dwarfed by survey frontrunners’ rallies, the Dumaguete event is Pacquiao’s biggest yet.

Pacquiao said that the public should expect more grand rallies in the coming days, a 180-degree turn from his earlier statement that he did not want to engage in the “numbers war.” Halfway into the campaign period, it seemed that Pacquiao had given in.

“Aayusin namin ang schedule kasi maraming imbitasyon – sa dami, hindi mapagbigyan lahat,” he said. (We will fix our schedule first because there are a lot of invitations – so many that we could not say yes to all.)

During the first half of the campaign, holding grand rallies was the exception and not the rule in Pacquiao’s events. Pacquiao previously said that he would rather visit the indigent and hear their struggles than hold pompous rallies as he went around the country to campaign.

In Iloilo, Pacquaio also said that political sorties should not be treated as a concert. Days later, celebrities Annabelle Rama, Ruffa Gutierrez, Ruffa Mae Quinto, and Jovit Baldivino, among others, were present in his Dumaguete sortie.

(I did not force them or offered them money. They offered to join us. They said they offered their help because they like me and that they pity me.) – Rappler.com