MANILA, Philippines – Vice President Leni Robredo said she is not going let the decision of the Commission on Elections (Comelec) on the petitions blocking the candidacy of her rival Ferdinand “Bongbong” Marcos Jr. dictate the way she is going to run her presidential campaign.

This was how the opposition presidential bet responded when sought for comment by reporters in Antipolo City on Monday, January 17, regarding the cases that have been filed with the Comelec against Marcos, who is currently the frontrunner in pre-election polls.

Robredo was interviewed minutes before the news broke that the poll body’s 2nd Division junked the only petition to cancel Marcos’ certificate of candidacy (COC). 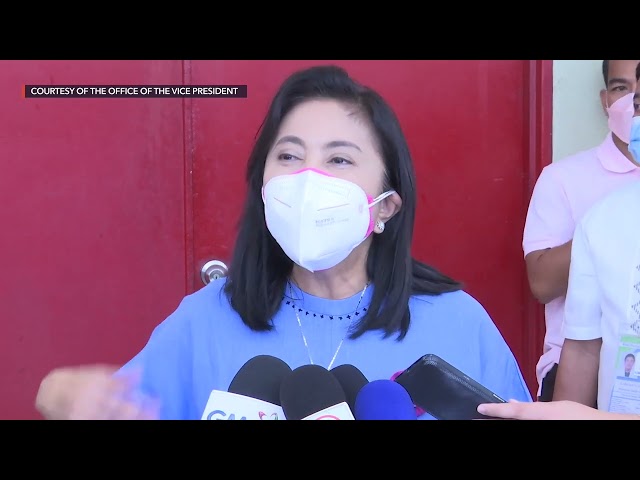 It’s a win point for the late dictator Ferdinand Marcos’ son, who is facing numerous cases against his presidential bid. He is the bitter rival of Robredo, who had beaten him in the 2016 vice presidential contest.

(No, I am not waiting for it because whatever will be the decision of the Comelec, it would not affect our fight. I’ve always said that my candidacy does not depend nor is it based on the actions of other candidates… Whatever the decision will be, we push on.) 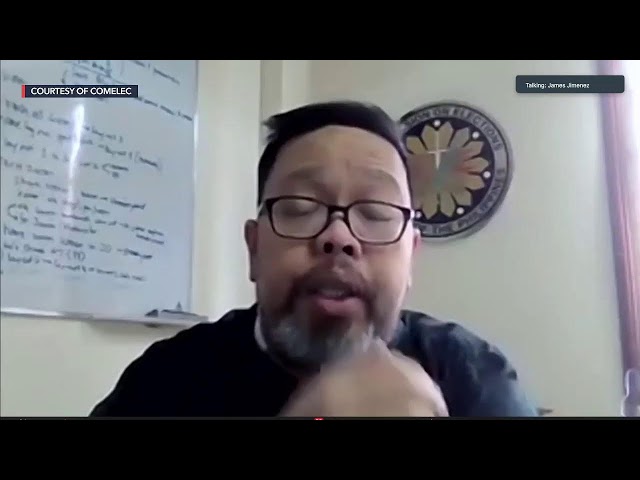 Less than a week ago, however, the Vice President said she’d prefer to beat Marcos in the polls over him getting disqualified, as this would end his lies about cheating once and for all.

A reluctant candidate in the beginning, Robredo earlier said one of her motivations for running in 2022 was to stop a Marcos Jr. presidency.

The petition to cancel Marcos’ COC was filed by civic leaders represented by former Supreme Court spokesperson Ted Te, who said they will be appealing the Comelec division’s ruling to the en banc.

This petition to cancel Marcos’ COC is one among the three pending petitions against him. Two others seeking Marcos’ disqualification remain.

Labor candidate Leody de Guzman was the only leading presidential candidate to oppose the Comelec division’s ruling, saying in a series of tweets that a person with a tax conviction like Marcos should not be allowed to run for public office.

(Outside of the tecnical issues, it’s unreasonable to allow a person to be an official candidate if it has been proven that he has not properly paid or did not properly declares his taxes. How can we expect them to honestly serve the government they would lead?)

He said this was an insult to Filipino laborers whose measly salaries are automatically deducted for the payment of their withholding taxes and value-added tax.

In contrast, former top cop turned senator Panfilo Lacson said it is “best” for the public to respect the Comelec’s ruling.

“It is called the rule of law. It is best that we respect the ruling. Comelec has the mandate to decide on any case that falls under its jurisdiction and the petition to disqualify ex-senator Marcos is one such case,” Lacson said. Pacquiao argued he is not party to the case.

As for Moreno, he went off-topic and replied with his general response to the coronavirus pandemic when sought for comment on the Marcos’ COC cancellation case.

“Conduct a vaccination drive, get vaccinated, save and protect as many people as possible as soon as possible. Medicines (molnupiravir, tocilizumab, barecitinib, and Remdesivir), oxygen reserve, and additional facility,” said the Manila mayor in a mix of English and Filipino.

Te’s group had argued that because Marcos was convicted of failure to file his income tax returns, he was automatically perpetually disqualified from public office because that is an accessory penalty of the tax code. Te’s group said it need not be spelled out by the Court of Appeals.

But the Comelec’s 2nd Division ruled in favor of Marcos lawyers, who said the CA’s amended decision in 1997 “did not categorically hold that respondent is convicted of a crime involving moral turpitude nor did it positively pronounce that respondent is meted with the penalty of imprisonment of more than 18 months.” – Rappler.com