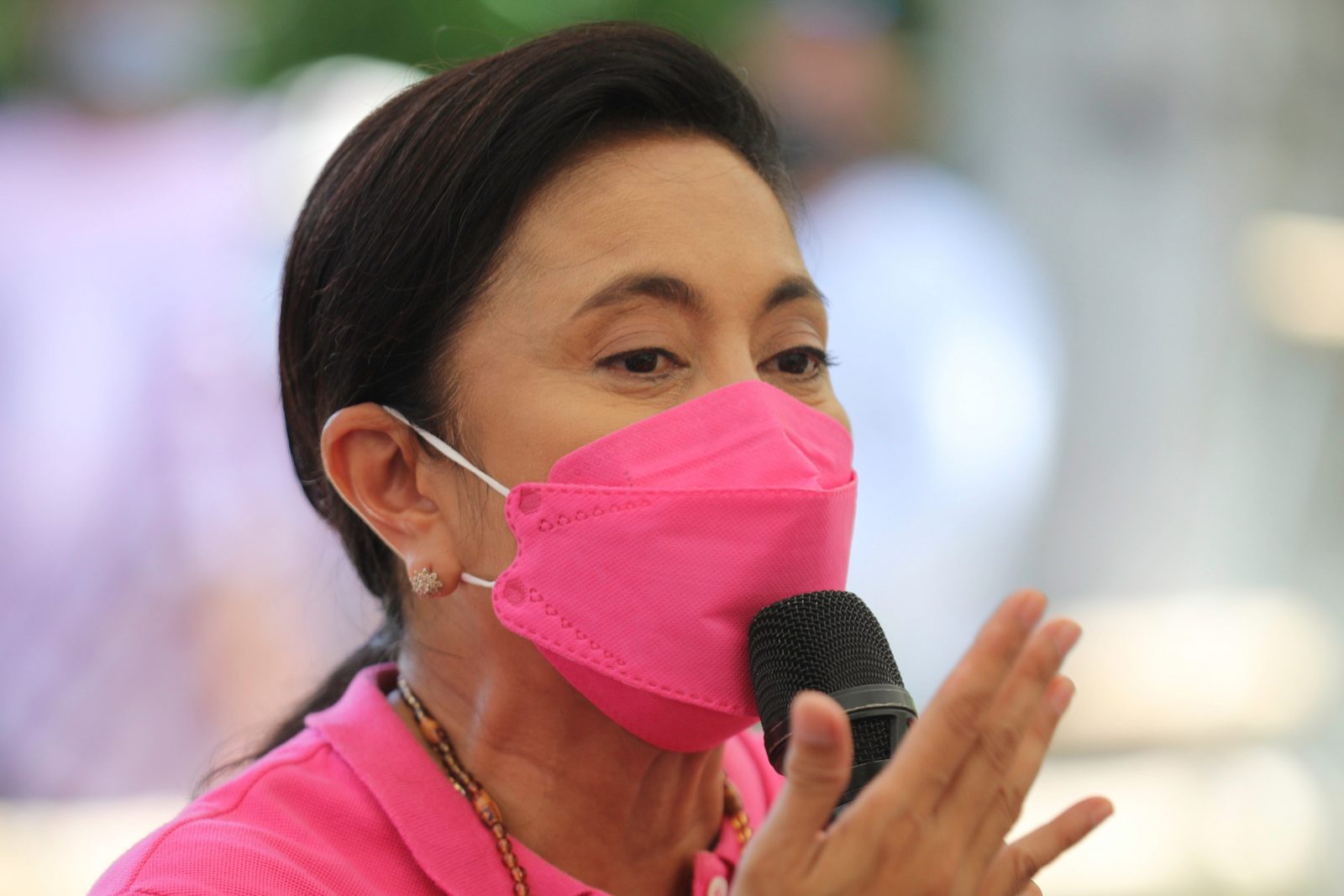 BOATMEN. Presidential aspirant Vice President Leni Robredo met with members of the United Boatmen Association of Pagsanjan (UBAP) in Pagsanjan, Laguna on Friday, April 29 to discuss their issues and concerns.

SORSOGON, Philippines – Vice President Leni Robredo on Friday, May 6, said that what survey frontrunner Ferdinand Marcos Jr. has shown during the campaign period is that he “has no redemption” as he continues to spew “lies till the very end.”

Robredo said this while responding to questions on the cyber liber complaint filed by her spokesperson, Barry Gutierrez, against a Journal News Online reporter and publisher, over debunked allegations that Communist Party of the Philippines founder Jose Maria Sison is her and Gutierrez’s adviser.

(This is so far from the truth. This is really being done to fool the people. What’s disappointing now is that the efforts to spread lies are still the same. For example, in the electoral protest where I was accused of cheating – he lost several times before the Supreme Court, it was a unanimous decision, 15-0. His narrative is still that he was cheated.)

(So it seems that there is no more redemption – that really, a liar from the start is a liar till the very end. Pity the Filipinos who were made to believe him.)

The presidential candidate said the allegation is just part of the continuing black propaganda against her since she won the vice presidency in 2016. (READ: Tracking the Marcos disinformation and propaganda machinery)

She said lies of her alleged ties to the New People’s Army “had morphed” into a web of lies – that she was once married to an NPA commander, and now, that Sison was supposedly her adviser, which both of them had categorically denied. No regrets about running a ‘clean campaign’

Apparently referring to her presidential bid amid survey results showing her a distant second to Marcos Jr. with just weeks before Election Day, Robredo said, “Hindi ako kinakabahan kasi ginawa ko naman lahat (I’m not nervous because I did everything).”

(Just keep the faith because everyone worked hard, not only me. I wasn’t the only one responsible for all this, but everyone else. Our lesson in life is we will fight to the best of our ability but in the proper way.) (We will do everything, leaving no stone unturned. We won’t do the bad things that others are doing, that’s what’s most important. It will be up to God in the end.) – With reports from Jairo Bolledo/Rappler.com