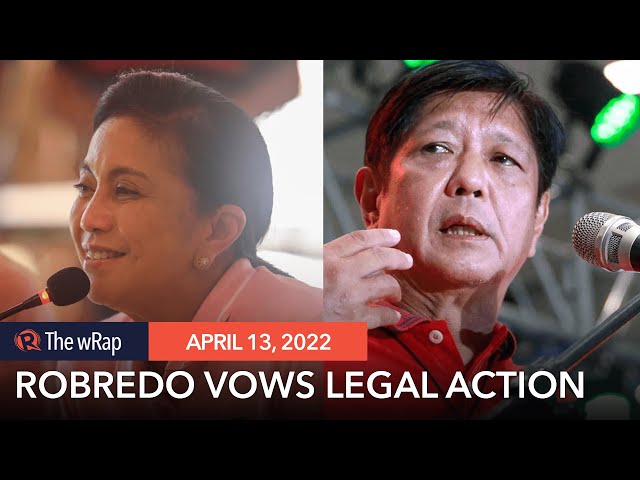 MANILA, Philippines – Vice President Leni Robredo said on Tuesday, April 12, that the increased attacks of the Marcos camp against her via “fake news” came as no surprise, as she had experienced this in the 2016 vice presidential race, when her survey numbers started to pick up.

Robredo made the statement when asked for a comment on the series of fake news directed at herself and even her daughter Aika in the last few days, following her improved voter preference rating in the March Pulse Asia survey, and increasing support for her presidential bid as seen in her packed campaign rallies and the endorsements of various groups and local officials. 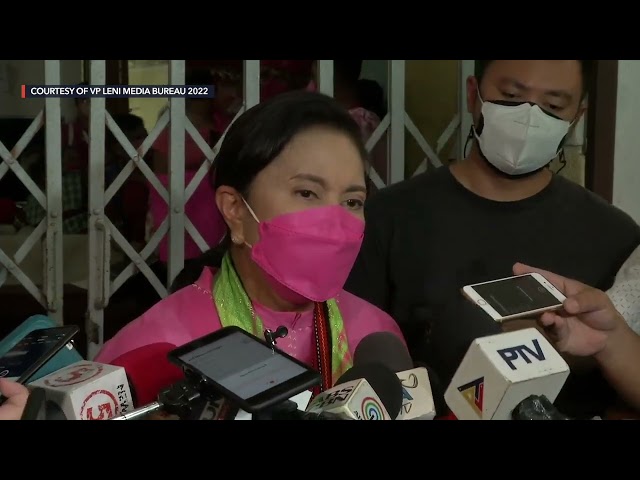 (I’m not surprised because this is how the enemy has been operating since he lost in 2016. In 2016, I was really targeted by so much fake news.)

(Our lawyers will take legal action, but on our part, the kids and I, we refuse to be deterred by those kinds of fabrication. I used to be the focus of all attacks. But now that my children are helping me, they too have become victims.)

On Monday, the Vice President addressed what her camp called a “malicious fabrication.” Following the spate of fake news, she tweeted: “Best antidote to fake news is the TRUTH. Let us not lose focus. Tuloy-tuloy lang ang paggawa ng kabutihan. (Let’s just continue doing good.) This was how I survived the last six years.” (Of course, because he had done the same thing to me in 2016. They were consistent in doing that to me since my numbers picked up in the 2016 elections. When my numbers were still low, they paid no attention to me. But when my numbers began to pick up in 2016, I was at the receiving end of all those lies.)

Robredo said that instead of resorting to black propaganda to win, the rival camp should instead highlight their platform and the good things that they have done, if any, to give voters an idea of the kind of leadership they offer.

(The way they’re campaigning now is also how they will govern once in power: full of lies, full of muckraking. They should just highlight the good that they’ve done and what they’re capable fo doing. Maybe they’re resorting to fake news because they can’t say anything good about themselves.)

She also noted that the social media influencers “surrounding” Marcos Jr. now are the same ones he had tapped in 2016.

Robredo also said the spate of attacks had fueled her and her team’s resolve to campaign even harder. On Tuesday, she held campaign-related events in La Union, which culminated in a packed rally at the Saint Louis College Gymnasium, Saint Louis College, in San Fernando City. From La Union, she proceeded to Catanduanes for another round of campaign activities.

In her second visit to Marcos Jr.’s bailiwick, Ilocos Region, Robredo stepped foot in San Fernando City in La Union. According to Robredo’s team, around 11,000 “kakampinks” joined the campaign rally for Robredo and running mate Senator Kiko Pangilinan at the Saint Louis College Gymnasium and grounds.

The Vice President talked about “true unity” in her speech, apparently alluding to the “unity” theme of the Marcos camp which her rival candidate has yet to expound on.

One of the rally’s highlights was the performance of the Ilocano folk song, “Pamulinawen” by the La Union Doctors for Leni. The lyrics of the song were modified to: “Pamulinawen, wala ng Solid north (Pamulinawen, now there is no Solid North).”

The “kakampinks” show of force in the Ilocos Region during the campaign period points to so-called “cracks” in the “Solid North.” In her campaign rally in Pangasinan last week, Robredo was welcomed by a mammoth crowd of 76,000 Pangasinenses.

After staging a rally in her opponent’s bailiwick, Robredo attended another people’s rally in Catanduanes, in her home turf Bicol.

Among the highlights of her rally was the testimonial video of her fellow Bicolanos, who received aid from her office.

Robredo also saw a supporter with a placard thanking her for the seawall that her office built in San Andres town after Typhoon Nina struck province in 2016 – a “resibo” or documentation of the projects that the Office of the Vice President in the province.

People of the province thanked Robredo for her seawall project in San Antonio town completed in 2019. In her speech, Robredo said Catanduanes, a province seldom visited by politicians, would receive more attention if she wins as president.

The Vice President said that if elected, she would also address the perennial power outage problem not only in Catanduanes but the whole of Bicol.