Veteran election lawyer, Atty. Romulo Macalintal, and Atty. Barry Gutierrez, spokesperson of Vice President Leni Robredo, held a press conference on Thursday, February 17, at the Leni-Kiko Volunteer Center in Quezon City where they said Oplan Baklas of the Commission on Elections (Comelec) violates the 1987 Constitution and the law. Gutierrez said Robredo, who is running for President, is deeply concerned about the implementation of Oplan Baklas where the Comelec orders the takedown of campaign tarpaulins and billboards even in private properties. (VP Leni Media Bureau) 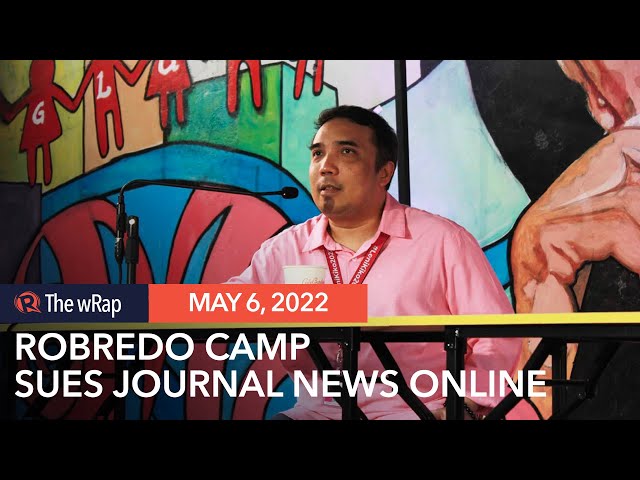 Gutierrez filed his complaint-affidavit before the Quezon City Prosecutor’s Office on Friday, May 6, three days before Filipinos cast their votes for the high-stakes 2022 national elections.

The article falsely claimed that Sison supposedly acted as a key contributor to the Robredo campaign and allegedly also acted as an adviser to Robredo and Gutierrez.

But Robredo, Gutierrez, and even Sison himself and the CPP all released separate statements denying Journal News Online’s accusations. Rappler also published a fact-check article debunking these lies.

Gutierrez tagged the article as “malicious” and “libelous.” 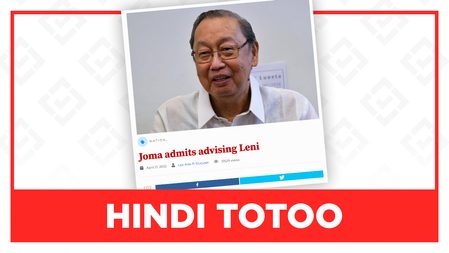 “The news article is without due regard for truth, propriety, and fairness, whose author and publishers caused the writing and the publication of a scurrilous, malicious, injurious, false, defamatory, and libelous article in the Journal News Online with the intention of attacking my person, character, and honor and exposing myself to public ridicule, contempt, and hatred,” Gutierrez said in his complaint-affidavit.

Gutierrez “categorically and strongly” denied all accusations in the article, including false claims that he acted as Sison’s conduit to instigate media attacks against other presidential candidates.

He also rejected the article’s attempts to link him and Robredo to communists.

“I personally reject and condemn any form of violence, murder, armed conflict, and violation of human rights. The imputation made by the News Article that VP Robredo and I are in any way associated with CPP has a natural tendency to damage and blacken my reputation in the eyes of the public most especially considering that VP Robredo holds the second highest position in the executive and has consistently strived to ensure that our office represents a transparent, honest, God-fearing, and humane public,” said Gutierrez.

Robredo has been persistently red-tagged as leader of the opposition movement against President Rodrigo Duterte. But the red-tagging intensified further when she declared her bid for the presidency and started riding on a momentum in the crucial last few weeks of the campaign. The lone female presidential contender already said she would not ally with anyone resorting to violence to advance their agenda. She vowed to help protect her “kakampink” supporters against these attacks.

Several of her supporters have since filed complaints against Presidential Communications Undersecretary Lorraine Badoy for her serial red-tagging of Robredo. Badoy is the spokesperson of the National Task Force to End Local Communist Armed Conflict, the body formed by Duterte to address the communist insurgency. – Rappler.com