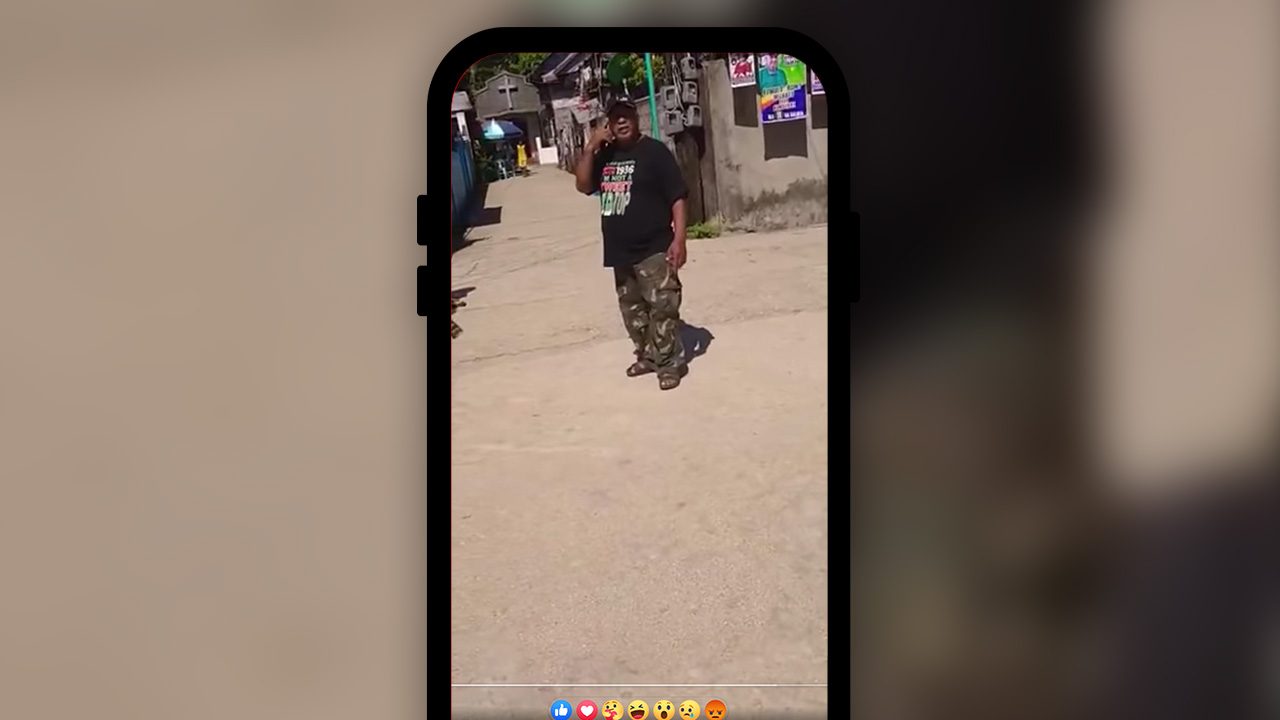 BLOCKED. Leni-Kiko volunteers are allegedly blocked from entering a village in Zumurraga, Samar.

“Basta panguli kamo kay diri kamo puwede mag-orientation tak barangay (Just go home because you aren’t allowed to hold an orientation in my barangay),” barangay captain Nelson Rapanan said in a video of the incident that took place on Wednesday, May 4, after a volunteer asked why they were being prevented entry. 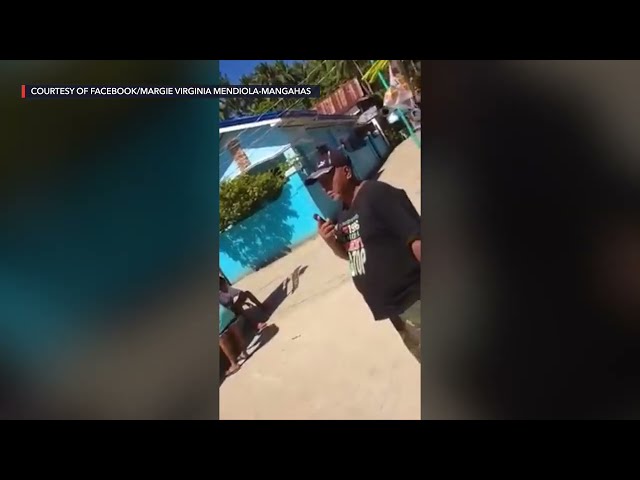 “Ako it kapitan. Ako it may katungod kun tugotan ko kamo o ma diri. Waray kamo mahihimo,” he added. (I am the captain. I have the right to decide whether or not I will allow you. You can’t do anything about it.)

Toward the end of the footage, Rapanan is seen instructing people at the village entrance not to allow the volunteers to enter as he walked away. 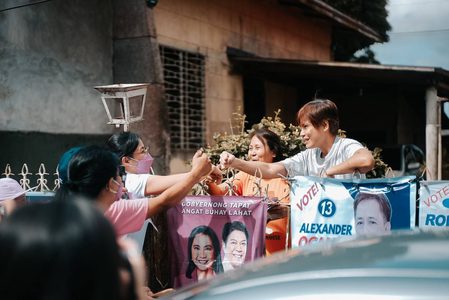 Gavina Doblon, one of the volunteers, told Rappler they were supposed to conduct their orientation at a house owned by a Robredo supporter in Boblaran village. But the barangay chief, she said, warned that something bad might happen to them in the village if they insisted on entering.

It is unclear what the official meant by this, but some of the volunteers took it as a subtle threat.

Doblon said the local office of the Commission on Elections (Comelec) granted them permission to enter the barangay because their activity falls within the campaign period.

“What we were waiting for and what we want to know is a valid reason why we weren’t allowed to enter, because ukay-ukay vendors and other people could enter,” she said in Waray.

The Comelec election officer of Zumarraga town, Rodrigo Mabulay, told Rappler he advised volunteers to coordinate with the police after they sought help from his office.

“I advised them to coordinate with the PNP (Philippine National Police). Why is it that they’re being prevented from entering that barangay when, in fact, we are on Alert Level 2 and there is no restriction or lockdown there?” he said.

Though local police initially tried to negotiate with Rapanan to grant the volunteers entry, Doblon said a police officer eventually told them they could not enter, citing an executive order issued by Zumarraga Mayor Myrna Ojeda-Tan.

“We were told that we had to ask the mayor first for permission,” she said.

When sought for comment, the local government of Zumarraga said the group was barred from entering the barangay because they had asked permission to hold a political rally and not an orientation.

“Actually according to the (barangay captain), they are asking for permission to hold a political rally, not an orientation,” a representative for Mayor Ojeda-Tan told Rappler.

“In that case, the barangay captain did not allow them based on section 6 of Batas Pambansa 880, (which states) that it shall be the duty of the mayor or any official acting in his behalf to issue or grant a permit, unless there is clear evidence that the public assembly will create and present a danger to public order and public health.

“This group did not even seek or apply (for permission) from the mayor’s office to conduct a rally.”

Robredo’s campaign is dependent on regional volunteers and has been pushing for a massive house-to-house campaign.

This is not the first time “kakampink” volunteers have reported being harassed or intimidated.

At the beginning of the campaign season in February, volunteers reported being threatened and harassed in Davao City.

You can read more information about where to get help if you experienced being harassed here. – Rappler.com