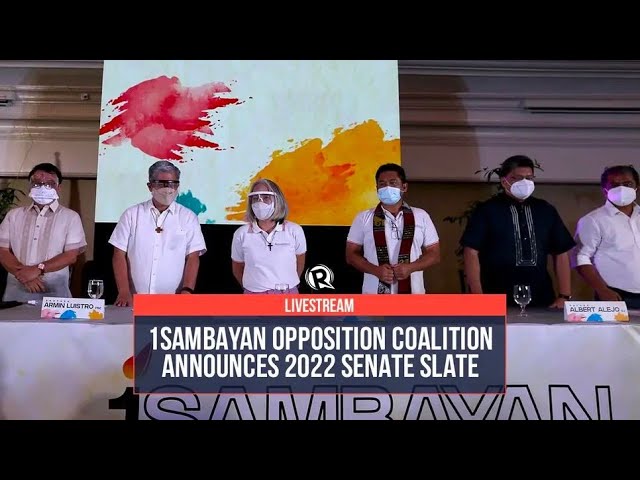 The 1Sambayan opposition coalition is set to officially name the senatorial aspirants they are endorsing in the May elections on Friday night, January 28.

The coalition will announce its Senate slate in the virtual “1Sambayanihan” event to be held months after ISambayan expressed support for the tandem of presidential bet and Vice President Leni Robredo and her running mate Senator Kiko Pangilinan.

Robredo’s slate had stirred controversy following the inclusion of guest candidates who make strange bedfellows given their past conflicts with the opposition figures in the same slate. The 1Sambayan convenors then said they will release their own list.

Who are the Senate aspirants who will gain 1Sambayan’s support in the 2022 elections? Watch the announcement live on Rappler on Friday at 7 pm. – Rappler.com