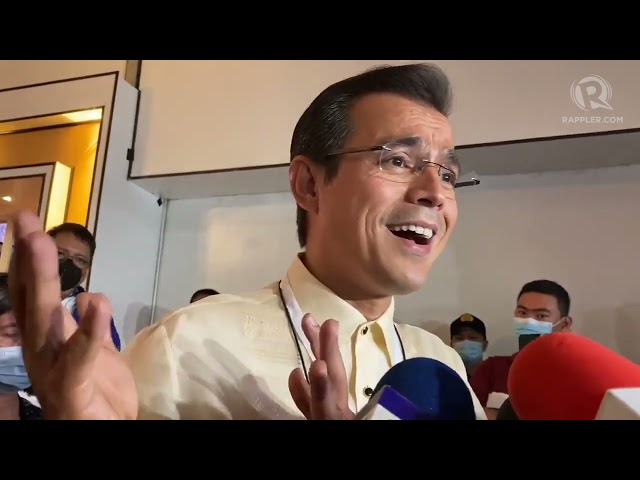 MANILA, Philippines – Presidential candidate and Manila Mayor Isko Moreno appealed to Filipinos to “think twice” about voting Ferdinand Marcos Jr. for president given what his victory could mean for billions worth of tax liabilities his family owes the country.

Following the Commission on Elections presidential debate on Saturday, March 19, where Moreno was the first to bring up the P203-billion Marcos estate tax debt, the mayor spoke to media about how the Bureau of Internal Revenue has the right to collect a debt every five years. This right is exercised by the sending of demand letters to the Marcos family.

The last time the Philippine government wrote such a demand letter to the Marcoses was last December 2021. What happens when a Marcos becomes president?

(Five years thereafter, if no one follows up, the P203 billion for our fellow Filipinos, due for the state, due for every Filipino, is gone. That’s what you’re entering into, if that’s who you pick.)

P203 billion is bigger than the Department of Health’s entire 2022 budget (P188 billion). It is enough to give all the families in the country P4,000 monthly cash aid, for two months.

Moreno urged Filipinos to be wise in their choice for president.

(You should think carefully about the character of a person who may lead us if he himself does not abide by the rules of the government he is supposed to lead.) – Rappler.com